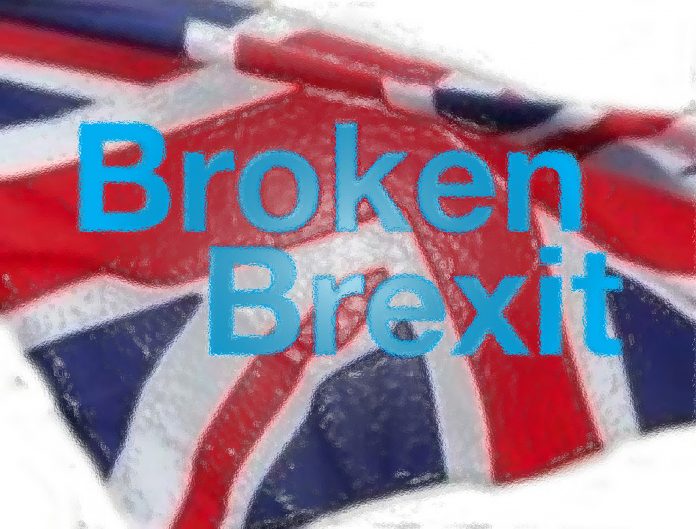 Scotland has been clear and support for staying in the EU has increased according to all recent polling. But we leave with the UK in what can only be described as distressed circumstances. The good news is Scotland would be fast tracked back into the EU but we have to vote for independence first to qualify for membership. There is no other way. That is all it would take as Scotland is otherwise compliant.

In the meantime there is no other option but to plan to get through all the uncertainties Westminster has created by its inability to find consensus.

Westminster can’t even vote on May’s so called deal that isn’t a deal, just headline arrangements covering only three areas, rights, money and the backstop. All the things that matter get kicked down the road like planes being able to fly, with UK out of Open Skies Agreement covering EU countries, what the tariff arrangement will be and much more.

Corbyn has strengthened May’s position by bottling the vote. She even taunted him and he backed off. It is not about winning because the DUP will probably support her and her own MPs, some reluctantly, would support their party. He has lost all credibility as a leader and yesterday was denounced by his own MPs for dithering like a puppet on a string held by May.

He was even given a final chance on the last day before the recess. All he had to do was add his name to the SNP led motion supported by the LibDems, Plaid and Caroline Lucas. A vote of no confidence requires the support of the main opposition party before it will be timetabled. The vote did not have to succeed to damage May. Corbyn has consolidated failure. Stayed firmly in the blue corner every time the bell rang for the next round. The idea that Corbyn could engage in a fight to defeat Brexit is all over.

It is as if the goblins down on his allotment have fitted him out with his own special Brexit straightjacket. A match for May’s own straightjacket to stop free movement and purge the UK of the influence of the European Court of Justice. There never was going to be frictionless trade but May has managed to convince many south of the Border that a Brexit straightjacket and lack of international influence will magically still make Britain great again.

When a government and a parliament cannot process meaningful votes at a time of crisis then their lack of functionality digs a bigger hole from which there is no escape. With 35 MPs the SNP cannot save England from itself but it can carve out a path to rational decision making for the people of Scotland and demonstrate we have a different course to pursue and the economic means to be a successful medium sized nation, freed from the constraints of the union.

Philip Hammond spent weeks trying to find the £20 billion for the NHS that is spread over 5 budget years. It is somewhat vague how it will be allocated and what share is going to social services. So in round terms it is much less than £4 billion in the first year because it is additional funding and Hammond needs to hold enough back to cover inflation over 5 years. May promised a 3.6% real increase but Hammond delivered just 3.3% and took £1bn out of doctor and nurse training and equipment to help pay for it. Stupid man.

If it was hard to find that extra £20b for the NHS over five years there was no difficulty finding magic money to compensate businesses for Brexit losses, hire more civil servants to deal with departmental Brexit chaos, put 3500 soldiers on the streets to keep the population in order, stock up on fridges for medicines, warehouse space for food rations and turn motorways into lorry parks as the UK grinds to a halt.

No need to worry about a silly woman or all the silly people on the Tory and Labour benches, it’s all under control and that’s what people in England wanted.

The hard right wound people up about the cost of membership but nobody explained the benefits. In 2016 the net cost of membership, as calculated by Office of National Statistics (ONS), was £9.4bn after the rebate and EU funding for the UK public sector. The EU also add additional funding that goes to the UK private sector. An example of this is funding for the fish processing sector and Scotland does well on that particular count. In the latest, and last, round Scotland obtained £4.8m for fisheries and aquaculture projects.

With the addition of private sector funding, the net EU membership bill reduces to £8.1bn – less than 1% of total UK public spending.

It is estimated that leaving the EU will mean the loss of 750,000 jobs across the UK. For the sake of doing a simple calculation, lets say the average annual income of these Brexit redundant individuals was £25,000 a year. For every 10, that is a loss of quarter of a million pounds (£250,000) circulating through the economy. Then there is the loss of income tax revenues and national insurance contributions. When we multiple £25k by 750,000 the total loss no longer churning through the economy is £18,750,000,000. That would be partly offset by unemployment benefit/job seekers allowance but also add the cost of these payments to the welfare budget –  a zero sum game.

Fag packet, one off example

Now to show all the zeros together, it helps clarify the comparison, one million has six zeros and one billion has nine

Now how on earth does anyone still believe the Tories have any idea how to manage an economy?