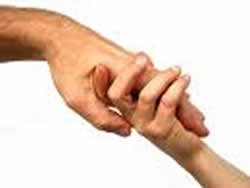 • What sort of law is this?

• What sort of patient care is this?

• What sort of humanity is this?

A 43-year-old man, epileptic and incontinent, often barely lucid, has been in hospital for 21 weeks, alone in a room for most of that time, deprived of the intensive therapy he needs, because of a bureaucratic nightmare unworthy of a civilised country.
This is the deepening scandal of Robert Lapsley.
In early July, SR brought his case to the public notice, provoking expressions of shock, even disbelief. Almost two months have elapsed. What has happened since?
Robert Lapsley continues to languish in Falkirk Infirmary without the treatment which has been medically acknowledged as necessary for any material improvement in his condition to become possible. His loving family – his mother, sister and brother-in-law – are distraught.
Health secretary Nicola Sturgeon, to whom the family appealed direct, has replied that she cannot intervene in individual cases. Strictly speaking, this is correct. Yet the case points directly to the inadequacies of one of the first pieces of legislation passed by the Scottish Parliament, exposes the inhumane potential of that law, and is profoundly disturbing in its implications for people with a mental incapacity and for the people who care for them. In all these circumstances, we believe that the law in question – the Adults with Incapacity (Scotland) Act – is in need of review.
But, for the moment, it is the helpless state of Robert Lapsley which ought to concern us.

‘This was the first time we had ever heard of such a procedure and we felt very alarmed and distressed,’ Lorraine wrote in her diary.

Until fairly recently, Robert led a normal life despite the epilepsy from which he had suffered for most of his life. He got married, had a son, worked, contributed to society. After the failure of his marriage, his health deteriorated. His seizures increased in frequency and he broke his jaw in a fall. But still he was able to live independently. About two years ago, however, he was given new medication for his epilepsy and his condition worsened significantly. Whether this change was connected to the drugs he was now being given, or whether the two events were a coincidence, is unknown.
On 31 March this year, he collapsed and was admitted to the A & E department of Stirling Infirmary. ‘Robert was in a very confused state,’ Lorraine Waugh, his sister, noted in her diary. ‘He found it impossible to walk, did not give any sensible answers to some basic questions and could not even feed himself. When we asked if Robert would be given a brain scan we were informed that he would. Then we were informed that this would no longer be necessary. Why?’
A ward doctor decided to transfer Robert to Falkirk Infirmary the following day. In his first three weeks there, he suffered a broken arm and a broken hip. Family members were the first to spot both injuries. The family asked repeatedly how and when the fractures had occurred but received no explanation. The family also asked repeatedly what treatment Robert was receiving for his primary condition. Again there were few answers. Lorraine’s diary records that, on his own in a single room, he seemed ‘very confused and depressed…We let her [the ward doctor] know our frustrations at how we feel Robert has been neglected’.
A consultant finally examined Robert and recommended that he should be sent to a (named) nursing home for intensive therapy and rehabilitation. Those closest to Robert felt that, at last, there was some hope of progress. But there was then a frightening development from the family’s point of view: the intervention of Falkirk social work department. Social workers made it clear that, to enable Robert’s transfer, an Adult with Incapacity Order, granting considerable power over the welfare, medical treatment and finances of the patient, would be required and that the local authority intended to apply for this order: that it would be going to the Sheriff Court with an application to become Robert Lapsley’s legal guardian.
‘This was the first time we had ever heard of such a procedure and we felt very alarmed and distressed,’ Lorraine wrote in her diary.
At this point, the family contacted the Scottish Review. We ran a series of articles highlighting the case and criticised the insensitivity of Falkirk Council. We pointed out that, under the act, a local authority is entitled to apply for guardianship only in the absence of individuals with a concern for the patient; in this case, there are three such individuals, including Robert’s mother, Sylvia. We argued that Falkirk Council was attempting to exceed its powers under the law. The council decided, after a week of sustained pressure, to step back and allow a family member (Sylvia) to apply for the order. We called it ‘a kind of victory’.

‘I do not know how much more of this we can take,’ Lorraine Waugh wrote to Nicola Sturgeon.

Although the family is now free of the social work department, in other ways Robert’s plight is no better than it was. On the 2nd of this month, he was transferred to the new Forth Valley Hospital in Larbert. Four days later, the family noticed that the drawer containing his medication, in the cabinet at the side of his bed, was not properly locked. Three days after that, the family was informed that he had left the hospital, that he had been seen walking towards a roundabout with access to a motorway, and that the police had been informed. He was returned to his old room at Falkirk Infirmary, where he remains.
‘I do not know how much more of this we can take,’ Lorraine Waugh wrote to Nicola Sturgeon.
Meanwhile, there is no sense of urgency about the judicial hearing of Sylvia’s application for guardianship of her sick son. The family has been warned that Falkirk Sheriff Court is a busy court, that criminal cases take precedence, and that a guardianship case often drags on for months. When someone in a similar predicament heard of Robert’s case, she felt it only fair to inform the family that it should prepare itself for a wait, not of 21 weeks, but of 21 months. Meanwhile, because of this legal limbo, Robert cannot be transferred to the nursing home for the intensive therapy and rehabilitation recommended by his consultant.
What sort of law is this?
What sort of patient care is this?
What sort of humanity is this?
The health secretary may not be able to intervene in individual cases, but these are pressing questions which require an answer.