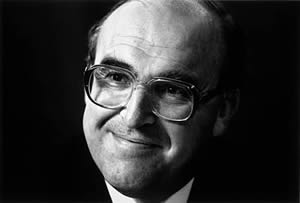 According to Dr Johnson, a toper is a drunkard. The definition of the word hasn’t changed much since Sam’s day. although it is sometimes defined more tactfully as a habitual excessive drinker. What, then, is a ‘stupendous’ toper? Presumably it is someone far gone: a hopeless case. This is Tony Blair’s description, in his memoirs, of his predecessor as leader of the Labour Party, John Smith.
The former editor of Scotland on Sunday, Iain Martin, says in his current blog for the Wall Street Journal that he would not expect Mr Blair’s character reference of John Smith to attract much comment. It is true that it has been largely overlooked in favour of Mr Blair’s character reference of Gordon Brown, possibly because John Smith, who died in 1994, already feels like a distant figure in popular mythology.

Mr Martin praises the honesty of Mr Blair’s assessment of his dead colleague, calling it rounded, although he adds that he has no doubt that it will cause ‘mutterings’ in Scotland, where, it seems, John Smith is usually the subject of pious and boring essays, platitudinous in style and often written by Gordon Brown. Mr Brown has been silent on the subject of John Smith’s new reputation as a stupendous toper, as he has been ominously silent about the book as a whole, so it falls to others to contribute the pious and boring essays. Consider this one of them.
It may be that Tony Blair is not the most reliable judge of stupendous topery. Mr Blair is a man who believes that a G & T before dinner, and a couple of glasses of wine during dinner, or perhaps a naughty half bottle after a particularly stressful day in the company of Gordon Brown, while not ‘excessively excessive’, is frankly more than a little worrying. No doubt the doctors would agree. But if it had been left to the doctors, or to Tony Blair, the most stupendous toper in modern British history would have been dragged off to some alcohol rehabilitation unit and deprived of his routine evening consumption of three whiskies, half a bottle of champagne and an unrecorded number of post-dinner brandies. The well-known teetotaller Hitler would have won the war, while Churchill was still drying out.
I cannot resist the best story about Churchill’s drinking. If you have heard it before, move to the next paragraph without delay: there are limits even to pious and boring essays. ‘Winston, you are drunk,’ complained the Labour backbencher Bessie Braddock. ‘Bessie, you are ugly, but tomorrow I shall be sober,’ replied Churchill.

He was ever the pro. Mr Blair’s description of him is simply a reckless use of language.

Everywhere you go in politics there is booze. Margaret Thatcher was a girl who enjoyed her drink. On the Labour side, that saintly man Michael Foot was a prodigious consumer, enjoying extended lunches at the Gay Hussar restaurant. Tut tut. Further back, there was the notorious case of George Brown, a Labour foreign secretary whose alcoholism was legendary – as I can testify from my one meeting with the man. Brown, with drink taken, was possibly the rudest person in Britain, a bully so offensive that he was hilarious to behold.
What of John Smith? I am biased: on the one occasion of a longish meeting with him alone, he was stone cold sober. It was said of him that he could have started a party in an empty room. He enjoyed a social life, an activity still within the law, even in this country. But I cannot recall a single appearance of his before the unforgiving lens in which he appeared to be drunk or conspicuously hungover. He was ever the pro. Mr Blair’s description of him is simply a reckless use of language.
At the risk of being even more pious and boring, I must make two further complaints about Mr Blair’s references to John Smith. He says that he had a sort of premonition – except he would rather not call it a premonition – about a month before the fatal heart attack that John Smith was going to die and that he would succeed him as Labour leader. What is that piece of vacuous superstition doing in a prime ministerial memoir? There is also the question of Mr Blair’s sexual arousal on the night of John Smith’s death, when he behaved like ‘an animal, following my instincts’ in bed with his wife, Cherie. Auberon Waugh instigated the annual Bad Sex award; if this dubious honour is still conferred on the author of the most embarrassing passage of the year in any work of literature (losing that word loosely in this case), I suggest that there is a runaway victor for 2010.
It is interesting to compare, as I did yesterday, the cheap gossip in which Tony Blair specialises in his celebrity memoir with the heartfelt emotion expressed in the television coverage of John Smith’s death. The BBC extended its main evening bulletin from 30 minutes to an hour. Tony Blair himself appeared on that programme. He had just seen his non-premonition fulfilled and was within hours of his night of unbridled passion. He said he was ‘devastated’ by John Smith’s death. Perhaps he was. The House of Commons met to hear tributes, none more sincere than John Major’s, and then adjourned as a mark of respect. In the streets of Scotland there was a stunned silence. On the day of his funeral, many lined the streets, just as they did a fortnight ago for the funeral of another great Scot.
Why this outpouring of affection? Not only because John Smith died young and was robbed of the chance to make Britain a better place. He had both warmth and principle. He symbolised a core decency in public life. He was one of us. There, my pious and boring essay is over. My young friend Iain Martin will be relieved to hear that, on this subject at least, I have spilled my last platitude.