The SNP are demanding the UK government freeze fuel duty “as a minimum” as public anger mounts over the cost at the pumps.

The calls came as MPs debated a motion calling for the UK coalition to stem the rising fuel costs and scrap planned increases in fuel duty.

The motion was introduced by Tory MP Robert Halfon after an e-petition protesting about rising prices at the pump attracted 110,000 supporters.  The Tory/Lib Dem coalition plan to increase fuel duty by 3p a litre in January – meaning an extra £1.50 to fill an average car.

The UK government has responded to critics by claiming that the increase will still be less than would have been implemented under the last Labour government.  The SNP has claimed that rising costs are affecting the economic recovery, the party has consistently called for a fair fuel duty regulator to be introduced.

SNP Treasury spokesperson Stewart Hosie MP insisted that the UK Government must deliver a permanent stabilisation measure to bring down costs for households and businesses.

“The country is crying out for action to bring down fuel prices, and a freeze in fuel duty is the minimum action the Treasury must take.  Record fuel prices are hindering recovery and we need a permanent stabilisation measure to bring prices under control.

“In July 2008, George Osborne launched plans for a ‘Fair Fuel Stabiliser’, describing it as a ‘common sense plan’.  As well as being common sense, it is unanswerable and fair for Scotland, given that we pay among the highest fuel prices in Europe even as Scottish oil revenues surge into the UK Exchequer.”

In 2008, George Osborne launched plans for a Fair Fuel Stabiliser’ in a press release stating it was: “A common sense plan to help families, bring stability to the public finances and help the environment by making the price of carbon less volatile.”

Mr Hosie attacked the recent Treasury ‘tax-raid’ on the North Sea oil and gas sector and called for some of the money to be made available to hold prices down.

“With record North Sea oil and gas revenues flowing to the Treasury this year, we need to see some of that money used to bring fuel prices down – and to keep them stable – through a fuel duty regulator.

“The SNP have consistently called for the introduction of a fuel duty regulator, in contrast the only measure Labour introduced was the fuel price escalator that increased the misery for motorists.

“The Tories and Lib Dems promised action before the election.  They have the money – Scotland’s oil money – and the powers to deliver.”

Mr Hosie argued that if London refused to act then the powers should be transferred to the Scottish Parliament so that a fuel duty regulator could be introduced.

Labour has claimed that a reduction in VAT will help people cope with the rising costs.

The rising costs in fuel have been condemned by motoring campaigners.  Quentin Willson, a spokesman for FairFuel UK, a pressure group behind the e-petition, warned that high fuel duty was “strangling the economy”.

Mr Willson said: “There are desperate, desperate people who cannot afford to use the roads.  The effect on society at the moment has been absolutely desperate.  Fuel duty is strangling us,”

Sturgeon – It would be madness to cancel Carrier Projects 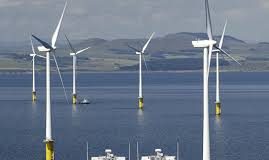