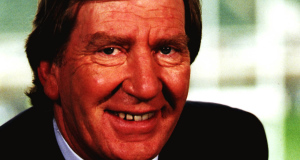 Ireland invented the boycott during the land wars, and perhaps it is time to take this effective weapon of resistance down from the thatch to deal with repossessions and resales Despite the spiralling economic crisis we are in, there was, last week, an epiphany at a small auction in Co Meath.

A 67-acre farm in Crossakiel, which had been repossessed by ACC bank, was up for sale. Despite a reasonable attendance by local farmers at the auction, there was only one derisory bid of €1.

There was, according to some present, ‘‘an atmosphere’’ in the room, and the auctioneer later told the Irish Times that ‘‘there was no question but that people weren’t bidding because it was being sold by the bank’’.

At one stage, one person present questioned whether the land was being sold with the goodwill of the owner – and was told that the bank had the authority to sell the land.

The owner of the land had reached this financial crisis after using the land to raise funds for a property development which then crashed. The farm remains unsold.

It is not difficult to imagine the historical ghosts which haunted that Meath auction room, and I make no excuse for returning yet again to the personal debt crisis that I have been writing about for some weeks now.

One result of this issue has been the emergence of the New Beginning organisation, a group of some 50 barristers, businesspeople and citizens who are prepared to give free legal support to those facing repossession. And three cheers for them.

The failed land sale in Meath is yet another sign that, if the banks think they can regain the high financial ground over the thousands to whom they over-loaned in a reckless fashion by repossessing land, they may have to think again.

This applies equally to the government, which scooped up so many million euro in stamp duty.

Given Ireland’s history, those silent farmers in the auction room in Co Meath last week would have had a far better sense of where all of this will lead than the men running our banks. If the banks and the political and financial establishment think that our current bank repossession methods and laws on debt and bankruptcy are adequate for the forthcoming crisis, they had better think again. Parallels with the land and eviction crisis of the 19th century are beginning to look pertinent, particularly when one considers that, by late next year, almost 20 per cent of Irish home ownership may be in negative equity.

At the outset of this crisis, most people didn’t really understand what had happened and were prepared to let the government get on with saving the banks since they were essential – so the government argued – to safeguarding our economic future. Well, we did that, but the economy is still in crisis.

As the months have passed, the government’s financial targets have been missed, the debt crisis has grown and the public mood has changed. The realisation that thousands of families in this country are so in debt to the banks, that their children and unborn children will be paying it off, is slowly sinking in.

The auction in Meath last week may prove to have been be a significant turning point.

There have been two recent significant interventions in this debate. Professor Morgan Kelly of UCD warned in an Irish Times article that we were headed to what he depicted as a new type of land war between those who could pay their mortgages and those who could not.

He summed up the public mood as follows: ‘‘The perception growing among borrowers is that, while they played by the rules, the banks certainly did not, cynically persuading them into mortgages that they had no hope of affording.

‘‘Facing a choice between obligations to the banks and to their families’ mortgage or food, growing numbers are choosing the latter,” he wrote.

Last Thursday, a group of ten leading economists wrote to the Irish Times, arguing that some form of mortgage debt forgiveness was not only essential for our society, but also for the economy.

The group argued that, were mortgage debt forgiveness not introduced – and radical reform not introduced to our debt and bankruptcy laws – then our financial crisis would only deepen. At the core of their argument was the following assertion: ‘‘As there are three parties to the problem – the banks, the regulator (ie the state) and the individual – these three must also be part of the solution.”

With the government having insisted on a year’s grace for home repossessions by the banks, we are currently in some sort of unreal financial hiatus. It means that the full dimensions of the crisis to come are still hidden.

But late next year,when property and water taxes have been introduced – and when interest rates begin to rise, as they surely must – then the personal debt crisis has the potential to become the most serious crisis in the history of the state.

If the banks attempt a process of mass repossession next year, then they must be met by organised citizens’ action. Boycotting was invented in 19th century Ireland, and the time to use it again may be now.

Like the Tea Party movement in the US, which was organised on the internet and through websites and social networking, people in Ireland now have the organisational resources in their living rooms to bring the full power of the boycott against bank repossessions and attempted resales.

Boycott.ie – when it is set up – should be the rallying point to help those facing eviction. It could lead to the organised boycott of anyone involved in the eviction and, most especially, the auction of repossessed property. In the forthcoming general election, independent candidates fighting the repossession crisis should be put up through Boycott.ie.

It seems that, in this crisis, everyone except the taxpayers and homeowners of Ireland were allowed to make up the rules as they went along.

Now is the time for the citizens of the Republic to take back control of their lives and their finances and, like the Meath farmers, bond together in an unbreakable moral crusade for justice.

Our great-grandfathers and great-grandmothers did this before, and we can do it again.

This article was reproduced with the kind permission of Tom McGurk and The Sunday Business Post Online.