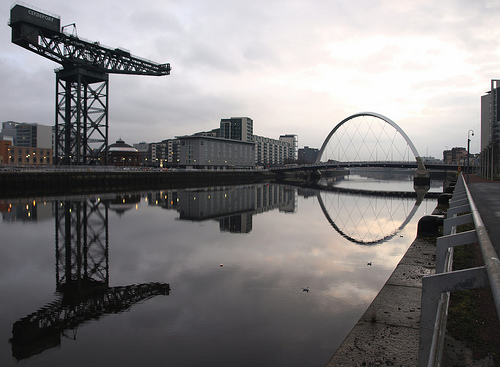 Some of Labour’s previously-safest seats in Scotland are at risk of falling to the Scottish National Party, according to the latest in-depth constituency polling commissioned by Lord Ashcroft.

Rather than checking voter opinion in so-called “marginal” seats, Ashcroft cited the “huge swings” to the SNP in national polls for his decision to study a group of constituencies with healthy majorities, most of them Labour-held.

His survey of voter intentions in 16 Scottish seats – a quarter of the total – reveals that the SNP are ahead in 15 of them.

In Labour-held seats, the overall swing to the SNP is 25.5 per cent. This ranges from 21 per cent in Airdrie & Shotts to 27 per cent in Dundee West and Motherwell & Wishaw.

Only Glasgow North-east would remain in Labour hands, if the results are repeated at the May 7 poll.

The polls indicated that some well established constituency MPs and a few “heavy hitters” such as Douglas Alexander MP and the Lib Dem Chief Secretary to the Treasury Danny Alexander MP would lose their seats.

“In the Labour held seats, only 60 per cent of those who voted Labour in 2010 said they would do so again this year; more than one third (35 per cent) said they would support the SNP,” observes Ashcroft.

“The Lib Dems have collapsed: only 12 per cent of the party’s 2010 supporters said they would vote Lib Dem again; nearly half (47 per cent) said they would switch to the SNP.”

He is at pains to point out that the polls are “a snapshot, not a prediction”, underlining that a few Labour seats in Glasgow and west of Scotland are so solid that, even with the enormous swings indicated, the SNP would only lead by a small margin.

This explains why the predictions of a Labour wipe-out are not being taken seriously in some quarters, where a more modest but still devastating SNP swing is predicted.

Nevertheless, the Ashcroft polling does confirm that possibilities of a seismic change in Westminster voting in Scotland exist, and explain the bizarre re-statement of Smith Commission promises – so-called “Vow Plus” – made by outgoing backbench MP Gordon Brown and his Scottish leader, Jim Murphy MP, earlier this week.

Brown and Murphy – leading figures in the party which baulked at several key issues during the Smith Commission negotiations – claim they want to take the Scottish proposition further than Smith, by extending some welfare powers. Brown is standing down from his Fife seat in May, and is expected to pursue a career making speeches for large fees, similar to his nemesis, Tony Blair.

Angus Robertson MP, the SNP’s general election campaign director, said the seat-by-seat polls “underline the extent to which Labour are paying a huge price for their toxic referendum alliance with the Tories – which to all intents and purposes has continued”.

Labour had voted with the coalition for £30bn of austerirty cuts, backed spending £100bn on the Trident replacement and abstained on a key vote for a fracking moratorium at Westminster, pointed out Robertson.

Full details of the Ashcroft polls can be downloaded: http://lordashcroftpolls.com/2015/02/scottish-battleground/