What has been gained these last two years and what has been lost?  And how shall its value be measured?

Here are two graphs, two measures of one reality.  They both measure the huge surge in the number of Americans who rely on Food Stamps to feed themselves and their children.  They are both from articles published this week.

The article begins by describing the poverty of a middle class American lady called Dorene.  A teacher, determinedly employed, but at a job which does not pay her enough to feed her two young children.

She is part of a flood of people the article talks about who are struggling to keep their heads above water and their dreams for their children alive.

The second is from “Food Stamps Cut?” part of the “Downsizing the Federal Government” series from the neo-liberal think tank, the Cato Institute.

It begins by railing against what it calls “… another $26 billion in bailout money for state and local governments.”  And concludes, “The food stamps program needs to be cut.  In fact, the entire federal welfare system needs to be devolved to the states, or preferably, private charity.”

One measures in people the other in dollars.  One in misery, the other in cash.  Both are true measures but what they chose to measure, what world view they come from and what message they push at us are quite different.

I believe we are coming to a moment when we must, each of us, decide and honestly admit which world view, which message, which graph, has the true measure of us.  Which graph measures what really matters to us.  We have to stand up for it.  Because one of these graphs will shape what we are going to chose to cast aside, and for what, and who’s profit.

The Easter Islanders, whoever they were, chose to erect statue after massive statue to honour their ancestors.  We have so far chosen to indebt our children for the sake of a system of

faceless banks who we are too frightened to oppose.  Upon whose greatness we are told, our own shop-soiled, moral mediocrity and guttering hopes depend.

What have we saved?  Debts.  Not even our own.  Debts in towers of glass.

What will be our profit?  You tell me.  Our children’s indenture?  Agreed in advance to save us, their parents, from fears we are too cowardly to stand and face.

And what are we losing?  Nothing much.  Just our dignity. Just our pride.  Just the democracy our grandparents died for and our children once thought we were guarding for them.

David Malone is the author of the book Debt Generation. You can read and listen to excerpts from his book here: http://www.debtgeneration.org/index.php 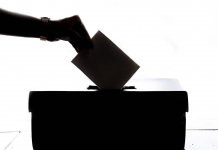