So GERS proves Scotland is a basket case – independence is over. No, wait. It proves the opposite – we need to escape the Union. Quick. Either is right and both are wrong – it all depends on your standpoint and the truth is that no facts are going to change any minds at this stage.

Independence – and the Union – are essentially emotional constructs from the voters’ perspective and whatever line of argument you take, they will fit into their own version of events. So relax. Stand down and chill. Just watch the beanfeast as each side makes claim against the other, thereby entrenching their prejudices by re-interpreting information in different ways. Then ask yourself a question: Do you fight for independence to be richer?

Ask: Would you give up part of your income – a one-off payment or an ongoing tax rise – in order to be a sovereign nation again? Because, by God, I would. It isn’t just that independence is a prize in itself – at any cost – but it would be worthwhile to rid ourselves of the wheedling, cavilling, sneering Scottish lobby whose sole delight is denigrating their own country, their own people. The total lack of self-awareness is astonishing – adult men and women boasting about how indebted they are, how useless they seem and how feeble they are in the face of the grown-up world. You can dress it up as analysis, as ‘Professor’ Jim Gallacher does for the extremist Scotland in Union outfit, but the overriding point is made: He thinks his own country is horseshit.

And that’s it. That is his point – beneath the mock academic bluster and forelock-tugging gratitude to the British state for its largesse, Prof Jim’s message is simple: We cannae dae it. We live on handouts. See us, we’re shite.

This relentless bleating and knee-crawling obeisance to a romantic outdated vision of Britain – a country committing national suicide through political cowardice and incompetence – gives every self-respecting Scot the boak. Imagine how shameful you would feel towards the end of your life if all you’d done was shore up a class-ridden, xenophobic and backward country run by a public school elite while denying your own children the same advantages as other European nations. And why? Because the annual accounts looked a bit messy.

No, the truth about Unionists is that under no circumstance will they ever desert the UK because it means more to them than Scotland. They are emotionally attached and spiritually affiliated to Britain and nothing, short of an ISIS takeover of Whitehall, will move them.

When Scotland was awash with oil revenues (theoretically that is, as the British attributed them to a made-up economic unit instead of Scotland) Unionism argued there was no need for independence. Now there are no oil revenues – bingo – you’re too poor to go it alone.

Once you grasp the essential point – that it will stay this way until enough of them are gone – you realise too they are to be ignored and pitied. After all, what aspect of Britain would rouse you to action? What is there about it you would defend?

The quality of its democracy perhaps – no PR and an unelected House. The state of its economy maybe – massive public debt, low productivity, minimal manufacturing, breadline wages, no pensions, limited workers’s rights, brutal inequality and spending hoarded in one corner.

Perhaps it’s our contribution to human rights – you know, the ones the Tories want to bin with the ECHR. Maybe it’s British friendliness – overt racism stoked by the political classes, making second class citizens out of European workers, rejecting the EU concept of partnership between nations.

To be fair, we still make good television programmes – if you like lemon sponges.

But none of this matters to the believers. And, yes, it is a cult because no matter how egregiously Britain behaves, its adherents will obey and forgive. It is a belief system which is why so many like Ruth Davidson and Douglas Alexander react so angrily to challenge – they genuinely feel the fear of losing what is most dear to them.

And my belief system? Well, it is also powerful and heavily based on faith but not on restricting what people can be permitted to do. It is founded on the belief that we can trust ourselves, hopefully to do the right thing but knowing that if we get it wrong, we made our own errors. Countries do – Iceland and Ireland both walked blind into a bank-led borrowing crisis and both used the collective imperative of national interest to pull through and prosper – unlike the UK. (Although the architects of the system that permitted the crash, Brown and Darling, have prospered in international finance – how very British). Am I stuck in a single mode and unable to adjust? I don’t think so.

Short of independence, I see no reason why a more federal UK cannot be made to work in the interests of all and am willing to work for it. Democracy before dogma.

Between our two sides are found the changeable ones, the uncommitted who decide the outcome of elections and who can be swayed by argument. Do they stick with desperation and dinnae? Or do they have the generational inspiration to transform their country?

And what about GERS and those fiscal transfers and higher per head spending and budget deficits? If you’re Unionist, it is proof that Scotland is incapable and bust. If you’re Nationalist, it proves the Union has failed and we need to get out.

Won’t it be expensive if we do? What GERS doesn’t address is the attribution of state assets and other areas to be divided during disaggregation talks. Nobody can say what each side would offer as the tangle of shared lines of responsibility is unwound. One estimate based on population share would award Scotland £109bn worth of assets.

It is clear from the mess Britain is in over Brexit that complicated talks of this nature can reveal unknown surprises. Any Scottish ‘deficit’ could disappear in the deluge (or else Faslane could be closed).

The irony of GERs is that it tells us where we are today under the Union – and for UK supporters, it ain’t pretty. And that’s out of their own mouths. While they trumpet delight at their own country’s poverty and dependence, we clearly wonder how that can be so after 300 years of Union and the discovery of oil.

GERS won’t change anybody’s mind. But it will underline how different are our visions for Scotland. 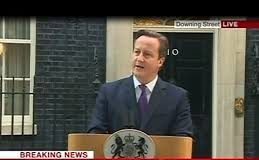 Why is it not plain to many Scots that the Union...