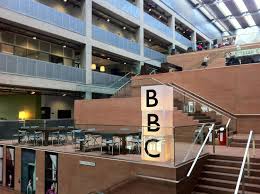 The BBC has been ordered to do more to serve the Scottish audience in future, as part of a set of changes made for the renewal of the corporation’s Royal Charter next year.

Following publication of the Government’s White Paper on the future of the BBC, director-general Lord Tony Hall has outlined his plans by letter to Scottish Government culture secretary Fiona Hyslop.

They include the establishment f a “centre for excellence” for factual television production in Scotland, and

The White Paper seeks to abolish the BBC Trust and replace it with a unified board chosen partly by the BBC and also by the UK Government. Lord Hall appears to be promising that the new board will include Scottish representation. In addition there will be a “sub-board” specifically for Scotland.

His letter does not go into detail about how this will work in practice, and that will be an issue for Hyslop and her colleagues.

The BBC will be in future subject to OFCOM regulation, in common with other broadcasters. In addition, the licence fee will remain, and increase in line with inflation, over the 10 year life of the new Charter.

The licence fee is also being extended to cover the iPlayer and other video on demand players, covering an anomaly whereby viewers could avoid paying by claiming that they only watched programmes online.

Lord Hall’s letter also says that drama and comedy commissioners will be based in Glasgow, to encourage new writing talent. The BBC says it will also spend more on specific services in what it calls “the nations” (Scotland, Wales and Northern Ireland), and agree “new partnerships” with Creative Scotland.

He claimed that the BBC had done a lot of work to push more programme making through Scotland, but added: “We accept those (additional) programmes have not done enough to reflect each nation to itself, and to the rest of the country,” he added.

Crucially, the director-general said that the BBC will also adapt its news output in each nation “to reflect greater devolution and changes in our democracy”, a point which will be watched closely by the corporation’s fiercest critics, who have accused the corporation of pro-establishment bias, particularly in the course of the Scottish referendum campaign, when its news coverage came under sustained criticism.

Fiona Hyslop said: “The Scottish government intends to play a full role in work to ensure the intention in the White Paper for the BBC to serve all nations and regions becomes a reality in detail and practice.

“The proposed reforms of governance also deliver on some of our key asks; and I welcome the recognition of the views of Scottish producers and audiences – which is testament to the quality of the debate we have been having across the sector in Scotland.

“However, today’s White Paper does not deliver on all of our policy ambitions and much of the detail is yet to emerge, so there is clearly a job of work to be done in continuing to argue Scotland’s case.”

In Westminster, the White Paper is being interpreted as a backing-down by Tory right-wingers – including Culture Secretary John Whittingdale – who had been expected to try and put stricter controls on the governance of the BBC and event to interfere in the commissioning of programmes. Its publication will be greeted with dismay by the right-wing Press in London, which has been campaigning for the corporation’s break-up and the cancellation of the licence fee – to the benefit of media tycoons like Rupert Murdoch.

Scottish Labour’s Democracy spokesperson Claire Baker MSP welcomed the white paper, adding: “I am pleased that the BBC’s scale and scope has not been reduced and that the licence fee has been secured for the duration of the upcoming charter.

“There is a recognition in the white paper of the need for more decentralised decision making which will lead to greater Scottish content, but this must be balanced with delivering a sustainable BBC, where skills and jobs are secured and high quality programmes produced.

“We will continue to work towards securing the best deal for viewers in Scotland and throughout the UK.”

SNP Culture spokesperson John Nicolson MP said the white paper was an opportunity to recognise the distinct and diverse needs of different audiences across the UK.

”It is encouraging that John Whittingdale has acknowledged that audiences in Scotland are underserved by the BBC – he is right to do so. The Corporation must reflect the diversity of audiences around the UK,” said Nicolson

“It is vitally important that we have the opportunity to fully debate the proposals as many Tories still appear ideologically opposed to public service broadcasting. Those of us who support it need to be constantly vigilant that the BBC’s vital independence is not watered down by stealth.

”At its best the BBC is unsurpassed as a broadcaster. But too often – and particularly in some of its news provision – it has fallen short of the high standards that people in Scotland expect.

”It is clear the BBC itself now recognises it has to ‘up its game’, and I welcome the fact that it is now piloting a distinctive Scottish news programme with national and international news.

”There is no doubt that the broadcast journalism and production talent is there to deliver a superb, new news service. But for it to be a success, it is up to the BBC to ensure it is resourced properly.”

THIS REPORT WAS UPDATED ON FRIDAY MAY 13

Scotland: where opposition is another episode of amateur drama

Scotland: where opposition is another episode of amateur drama