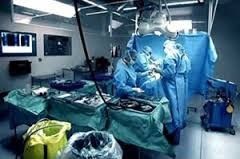 As Labour-inspired claims about the Scottish NHS continue to dominate BBC news coverage in Scotland, the BBC Trust has rejected a complaint about a key intervention by its health correspondent in the last few days of the referendum campaign last September.

The move coincides with a bout of allegations made by Labour about the Scottish Government’s handling of the NHS, which included a humiliating withdrawal of some claims made by leading figure Jim Murphy MP.

Murphy released a video on Monday in which he claimed operation cancellations in Scottish hospitals were running at four times that in England.  However within 24 hours both the video and a tweet linking to the video had been deleted.  It emerged that the claim being made by Murphy was completely false.

The Scottish Labour leader’s embarrassment coincided with the BBC Trust’s communication with a former Newsnet member.  The email responded to a complaint which also related to another allegedly false claim about the Scottish NHS.

Here’s what we know so far…

Just two days before the independence referendum the BBC Scotland health correspondent, Eleanor Bradford,  claimed to have obtained a document – based on a meeting of senior health board managers – whose contents she said suggested that the SNP was secretly planning £400m of cuts to the Scottish NHS.

Bradford also suggested the SNP had reversed its long standing opposition to the closing of Accident & Emergency Departments. In a news broadcast on Radio Scotland that evening, she told listeners:

“It could mean the closure of things that are very dear to people, like accident and emergency departments, something that the SNP has refused to allow until now.”

The NHS had emerged as a central issue in the independence debate.  Claims that privatisation of the health service in England threatened Scotland’s NHS were gaining traction.  Bradford’s story all but killed pro-Yes momentum around the issue.

However her suggestion that the SNP was now reversing its long-standing policy against A&E closures was demonstrably false. The SNP had made no such policy U-turn.  A member of the old Newsnet team lodged an official complaint with the BBC.

The initial response was typical.  A BBC official denied the reporter had claimed, or even suggested that the SNP’s stance on closing A&E wards had changed.

Responding to the complaint, the editor of Newsdrive said: “What Eleanor simply meant was that their continuing, consistent, stated policy up till the present time has been no A&E closures.

“It really is as simple as that: there is no justification for a reading of what she said as being a unilateral declaration of change of policy on the Scottish Government’s behalf.”

No justification?  This was strange, for on the day of her radio broadcast, an article written by Bradford was published by the BBC online.  It very specifically suggested A&E closures were indeed being considered.

The complaint moved to stage two, which was to the BBC’s Editorial Complaints Unit (ECU).  In November 2014, both the radio broadcast and the online article were presented as evidence that the BBC Scotland reporter had misled the public.

Also presented was evidence that the phrase “until now” was meant to convey change and not, as claimed by the BBC, to denote continuity.

Three examples from the BBC’s own output were presented to the ECU.

The first was from an online summary for a BBC wildlife programme: which contained unique footage of giant anteaters, and included the sentence: “Giant anteaters have never been filmed climbing trees – until now.”

The second was from a BBC news report into the Sochi Winter Olympics after an athlete had been found to have used drugs – “Sochi 2014 had been largely free of drug scandal – until today.”

The third was from a BBC news report about workers’ rights.  It contained this segment: “Up until now, some workers who are required to do overtime have been penalised for taking the time off they are entitled to,” said Howard Beckett of the Unite union.

It was clear that the news report was informing readers that workers would no longer be penalised.

All three examples demonstrated the widely accepted interpretation and meaning of adding the term “until now” (or “until today”) to a given situation or stance.  It was meant to convey change.

Bradford’s radio broadcast, together with the examples demonstrating the contextual use of the phrase “until now”, was strong evidence.  However the online article written by the BBC Scotland correspondent herself, was the killer, the complainant believed.

The complainant added: “The key question was this:

“In reading the online article and listening to her radio broadcast, what was Eleanor Bradford trying to convey? It is clear that (she) was reporting what she believed was a change in SNP policy that now threatened Accident & Emergency departments.  If it hadn’t changed then there was no threat.”

The ECU official initially refused to consider the online article, describing it as an “additional complaint”.  However when it was pointed out that it was not an additional complaint but was in fact evidence to support the current live complaint, it was considered.

However in coming to his judgement, the ECU official wrote:

“For the avoidance of doubt I looked at the article you have cited and it did not lead me to conclude that the radio piece was misleading.”

Despite what appeared to be overwhelming evidence, on December 10th the complaint was rejected a second time.  The response from the ECU was disappointing but not surprising.  It is rare that a serious complaint against the BBC is upheld, especially one on such an important issue.  The independence referendum was certainly that.

In 2012 a complaint against a BBC Scotland reporter, which also centred on an issue central to the independence referendum, ended with BBC Scotland being found guilty of breaking editorial guidelines. The reporter, Raymond Buchanan, had left by that time to take up a senior PR role with Weir Group.

The final stage was the BBC Trust.  By now it was a carbon copy of the 2012 complaint which the Trust eventually partially upheld.  What would the decision be in this case?  The complaint was passed to the Trust last December 24.

Yesterday, almost eight weeks later, the Trust revealed it had refused to even consider the complaint, claiming it had little chance of succeeding.  In the official communication, the Trust said:

“In deciding which ones should be considered by the Trustees, we look at the merits of the complaint and only those which stand a reasonable chance of success are passed to Trustees.

“The Trust acts in the interests of all licence fee payers and it would not be proportionate to spend a good deal of time and money on cases that do not stand a realistic prospect of success.

“I am sorry to send a disappointing response, but I do not believe your appeal should be put in front of Trustees.”

The communication also revealed The Trust had refused to accept the online article as evidence, claiming it had not been submitted to the BBC prior.

“As the online output had not previously been raised with the BBC, [the official] considered it was not appropriate for her to consider it at stage 3.”

This was despite the article having been presented to the Editorial Complaints Unit and considered by them.

So there we have it.  A complaint has been booted around for five months only to be deemed unworthy of even being heard by the BBC Trust, which is supposedly independent of the BBC executive.  There is a right of appeal, which will be pursued.

Eleanor Bradford meanwhile will continue reporting on the Scottish NHS for BBC Scotland.  Has the Trust saved her career?  We may never know.

Police tapes in Scotland have become a marketable commodity