The essential features of the boom-bust business cycle can be understood by viewing them in terms of the financial circumstances of a single individual.

Thus, imagine that an ordinary person has been going about his life more or less living within his means. And now, one day, he receives a registered letter from a major bank. The letter informs him that he is the sole heir of a distant relative who possessed a substantial fortune, and that he should come into the bank’s main office in his city to sign the necessary documents and receive all the necessary authorizations to henceforth dispose of this fortune as he sees fit. Naturally, he quickly goes in and takes possession of his newfound fortune.

Whether the fortune in question is $100 million or $10 million, it is certain to have a major impact on this individual’s life from this point forward. For it opens up new worlds to him by enabling him to now afford to buy things he could never dream of buying before. He can now afford a new home, perhaps a mansion. He can buy a whole new wardrobe, travel the world, quit any job that he currently has and does not love. 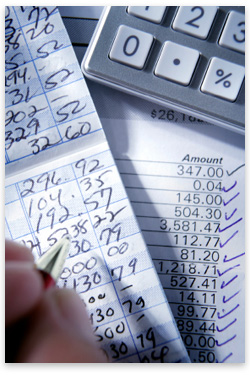 If he is in business, he can expand his business in major ways. If he is not in business, he can start a significant-sized business. And he can now afford to invest and speculate in the stock and real-estate markets as well, inasmuch as his newfound wealth makes it possible for him no longer to fear losses of mere hundreds or thousands of dollars; indeed, it appears that he can now afford to lose even a million dollars and still be very rich.

This is the boom period for our individual. His life is easy. He can do so much more than he had ever been able to do before. And his prospects appear limitless. For the rest of his life, he will look back upon this period with the greatest fondness and ardently wish to relive it. It is “the good times.”

What puts an end to our individual’s life of ease is a second letter. This letter explains that it has now been proven that the relative whose fortune he’s received had obtained it by criminal means. Thus the fortune did not in fact belong to that relative and therefore could not properly be passed on by him to anyone else.

As a result, the bank concludes, our individual is obliged to return the fortune. Accordingly, all of his accounts with the bank in question have been frozen and court orders have been obtained prohibiting him from spending any more of what he has thought of as his inheritance and demanding the return of whatever is left.

Our individual now finds himself buried in a mountain of debt that he cannot repay. He must sell his home or mansion, most likely for less than he had paid for it. (If for no other reason, this will likely be the case simply because of the payment of brokerage fees and the inability to wait very long for the right buyer.) Selling the clothes and many of the other goods he had bought will likely yield only pennies on the dollar. All that he had spent in traveling the world will be a total loss, as will be his expenditures on many other forms of luxury consumption. As for his investments, they may be profitable or unprofitable. However, given our individual’s lack of great financial success prior to his receipt of his inheritance, it is more likely than not that they will have been unprofitable.

The upshot of all this is that our individual’s receipt of his “inheritance” has turned out to be a financial catastrophe for him. By leading him to make massive purchases in the mistaken conviction that he owned a fortune, when in fact he did not, it has led him to live far beyond his means and to squander much or all of the wealth he had prior to his coming into his “inheritance.”

Boom-Bust in the Wider Economy

The pattern of boom-bust in the wider economy is essentially similar to what has been portrayed in the case of this individual. In both cases, the boom is characterized by the appearance of great new and additional wealth that does not in fact exist. The bust is the aftermath of the economic behavior inspired by this illusory wealth.

In the boom-bust cycle of the wider economy, the illusory wealth does not take the form of false inheritances but of newly created paper bank credit that is confused with capital representing real, physical wealth. At the instigation and with the support of the Federal Reserve, in the most recent boom banks created several trillion dollars of new and additional money, which they lent out. On the foundation of this fictitious capital, the economic system was led to proceed as though corresponding new and additional physical wealth had come into being. The result, among other things, was the construction of perhaps as many as three million new houses for which people could not pay.

In reality, the capital actually available in the boom is insufficient to support the projects that are undertaken on the foundation of the credit expansion. Instead of creating new and additional capital, credit expansion serves to drive up wage rates and the prices of capital goods. This reduces the buying power of capital funds. Ultimately, it creates a situation in which those who normally would have been in a position to lend money find that they cannot lend, or cannot lend as much, because they need the funds to finance their own internal operations that now must be carried on at higher wage rates and prices of capital goods. At the same time, for the same reason, borrowers find that the funds they have borrowed are insufficient. Thus borrowers need more money while lenders can only lend less. The upshot is a “credit crunch,” in which firms go bankrupt for lack of funds.

In the boom phase, massive debts have been accumulated. As these debts become unpayable, the capital of the firms that have lent the funds is correspondingly reduced. In the process, the capital of the banks that have created the new and additional credit can be wiped out, creating the potential for bank runs and an actual decline in the quantity of money in the economic system. The mere specter of such events creates a major increase in the demand for money for cash holding, with the result that spending in the economic system starts to decrease even without an actual fall in the quantity of money.

The conclusion to be drawn is that the key to avoiding “busts” is to avoid the credit expansion and “booms” that cause them. Booms are not periods of prosperity but of the squandering of wealth. The longer they last, the worse is the devastation that follows.