‘We are respecting the wishes of the Scottish People …’

One of many breathtaking conceits perpetrated on Scotland by the Westminster government. The very same Westminster government that served Scotland a fricassee of half truths, false promises and over-cooked statistics on a bed of lies to secure a ‘No’ vote in 2014.  In this context, claiming to respect the  outcome of Indy1 is like claiming to respect the confession of a Guantanamo inmate whom you have just spent three months waterboarding.

A unique type of ship which will almost definitely get built on the Clyde. Or not, depending on the outcome of a second independence referendum which may or may not depend on whether Brexit is soft boiled, hard boiled or scrambled.

The exact number of frigates to be built is the minimum required to keep John Bull’s testicles (may the Lord bless their enormity) swinging like wrecking balls in synch with the rest of the nuclear big knobs at the top table.

A phrase from best selling book, ‘Let’s Talk Jockinese with the Natives’ (available at all good bookstores, priced 7.99), attributed to former Prime Minister David Cameron 10 minutes after the ‘No’ won the 2014 referendum.

Contrast this with Cameron’s pre indy blown kiss to all Scots: ’I love you Scotland and I want to have your babies’.

A phrase used by Tories to imply that the world and its wife will incur simultaneous double hernias rushing to offer the UK favorable trading terms just because they’re great and deserve it.

Boffins have confirmed that there is indeed a big world out there, and that it has the morals of a crocodile and the table manners of a wolverine. It no longer intends to paddle its canoes out to regale our galleon of state with floral garlands and native songs like something from Mutiny on the Bounty.

A mechanism for pretending to increase investment in Scottish defence capability while shutting down military establishments right, left and centre and moving the Black Watch to Scunthorpe. A bean-counting exercise in stripping our military footprint to the bone in return for a commitment to supply regimental tea-cosies in the colours of the butcher’s apron to any Scottish military mess rooms still in existence in 2050.

An illegal negotiation in which a trade delegation of Beefeaters, Morris Dancers and Hoorah Henries prance around the world placing golf balls of international trade on the tees of commerce so that all that will be needed post Brexit will be for Theresa May to thrash each in turn down the fairway for a hole in one.

A large country whose economy has hung around in the doldrums for fifty years just waiting for the United Kingdom to shake off the yoke of European oppression under Teutonic twat, Angular Meerkat (Shoulda turned off your predictive text, Cuddis. Ed.) so they can trade with us until the Ganges runs dry.

Our opening gambit will be to lower import tariffs on Lime Chutney if the Indians make it compulsory for every one of their 1.2 billion citizens to place a direct debit for a crate of Branston Pickle a week.

The Chinese were at one time thought to be as inscrutable (without scroot) as the Brexit team’s strategy for triggering article 50. There are two main types of Chinese: The globally aware free-market traders powering the economic miracle of the Eastern hemisphere.

These Chinese citizens are completely trustworthy and capable of building us a nuclear power plant in the heart of England with no hint of a concern over future energy security. These Chinese deal exclusively with the Conservative government.

The other sort of Chinese are the former Maoist communists whose secret plans for re-arming the Red Guard starts with the infiltration of Bute House’s cohort of western capitalist running dogs, via a memorandum of understanding. These Chinese creep around in the background whispering sedition in Nicola Sturgeon’s ear.

See under Francie and Josie.

A country with which Mrs May is currently negotiating to allow Somalian pirates to operate freely in the English Channel in return for permission to use the Somalian Shilling in place of sterling when it turns to doo-doo the day after Brexit.

An oratory technique based on wild shouting in which the speaker ignores every question his interlocutor asks, instead bawling the latest establishment attack lines like a fishwife that’s one haddock short of a box and calling the SNP crazy for failing to grasp the speaker’s line of argument.

*Brexicon: The only dictionary of fundilly-mundle political jargon you’ll ever need! C. Trumpet Enterprises, all rights reserved until the launch of Cuddis CableVision 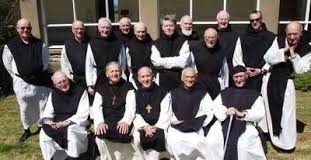 Time for Jim Sillars to enter a period of ‘quiet reflection’...