A message from your leader

Greetings Comrades. Today Ladbrokes will give you even money that the Monster Raving Loony Party will poll more votes than SLAB this May. The Chindits (Shouldn’t that be ‘pundits’? Ed.) say it will be easier to teach a baboon to play shinty at club level than for Labour to get a single MP into parliament.

Comrades, ignore the doomsayers. We’re not listening; it’s what we do best. Even though we don’t expect a ‘Murphy’ which as you know is an eleventh hour surge of support for Labour, sweeping us to power rather than under the political carpet, I will lead our party out of the wilderness from the buffet car of the SLAB gravy train with a call of “Follow me, I’m right behind you!”

As Straw-Clutcher General of your Scottish branch I intend to stuff our manifesto with outlandish, undeliverable, thigh-slappingly humorous policies in the desperate hope that these will undermine the SNP.

My pledge to you as you chap on the doors of your constituencies over the coming weeks is that we will return to power before the heat death of the universe. That’s a guarantee.

As you know, we have failed to make progress in Education, Health, the Economy or anything else for that matter. However, we may be down but we are far from out. In fact I am from April Fool’s day launching a new SNP Bad campaign featuring unmerited personal ad homunculus (sic) attacks on Nicla herself. Once the peoples of the Scottish lands realise what a bad person she is, voters with come back home to Labour like lemmings throwing themselves over a cliff.

We will also do better than the SNP on time. Each spring, comrades, SLAB will put the clocks back four hours instead of the paltry sixty minutes promised by the SNP. Ignore the wiseacres who say that the last election set Labour back 50 years. We will devolve power to local authorities so they can decide exactly when the clocks should change, challenging the centralist, one-size-fits-all approach of the SNP.

Interfering with the space-time continuum like this will benefit business too. Depending on the time differences laid down by different authorities, you might set out for a business meeting from Greenock at 9:00 and arrive in Glasgow at 4:30 the previous day.  If so, we will use the money saved on petrol during this shorter journey to build 150,000 extra nurses and train 1000 houses.

Some of the powermostly of powers — on a par with those of the crocodile people of the lower D’ongo Valley are whizzing up the M4 in the back of a bread van to a Scotland near you right now. Powers that will include total control over road sign management and the collection of licence fees from tea-leaf readers. We will have total control over the removal of chewing gum from Scottish pavements too. Unlike the SNP though, we will use these powers to build a fairer, lovelier, chewing-gum-free Scotland complete with a new rail network for our gravy train.

And comrades, we will not stop there. We will introduce 13” rulers to all schools — that’s an inch more than the SNP. For too long under Nicla, the foot has languished at a paltry 12 inches. The additional inch will ensure that our children get the very best of the goodness and trueness to which they are entitled.

And we will not stop there, comrades. We will increase the number of ounces in the pound, to 24. Finally, we will put a monkey on Neptune by the end of the parliament. Ask not what Labour can do for you. Ask what you can do for Labour.

Comrades, have your nurses unshackle your ankle restraints. Cast off your straight jackets and march down your wards, out of your institutions and onto your high streets with banners aloft. Spread the message. We don’t yet know what the message is and I keep changing it every other day, but in the meantime just make it up as you go along; that’s what I’ve been doing for years. 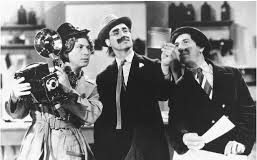 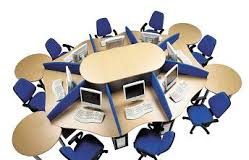 Doomed, doomed, we are really all doomed. The Cuddis Conclusions are...