“A turning point for European social democracy?” Or, as the FT opined, “a catastrophe for the British centre-left”?

Perhaps Syriza has it right: “Corbyn’s victory as leader of the Labour Party is great news, it’s a step forward towards a change in Europe for the benefit of the people” by boosting the “broad front against austerity.” Or Inigo Errejon, political secretary of Podemos: “The wave of change has arrived to the north of Europe. It is time to build a European Union for its people. With @jeremycorbyn, Podemos!”

The landslide election of Jeremy Corbyn as new leader of the British Labour Party will not solve the crisis of European social democracy as it struggles to reconnect with voters after its near-fatal embrace of deregulated financial capitalism in the noughties. Across the EU, mainstream, Second International centre-left parties have simply failed to produce any convincing answers to any of the big post-2008 crisis questions: how to rein in the 1%; rising domestic and global inequalities/poverty; the digitalisation of work; mass alienation from and disillusionment with the democratic political process; the role of the state; ageing societies; climate change… not forgetting the usual scourges of war, terror, mass migrations.

Corbyn’s three opponents epitomised traditional social democracy’s exhaustion with their conservative, anonymous, profoundly boring and intellectually bankrupt campaigns. He and his managers, like the Yes (to independence) campaign in Scotland last year or Syriza’s election campaign earlier this year, brought youth, energy and fizz, tens of thousands of previously (apparently) apolitical people – above all, authenticity and hope – into politics. He (re)connected with people grown weary of paying for the crisis while its architects get off scot-free and further enrich themselves, the humiliating nostrums of unavoidable austerity and the sheer inability to really change lives. It is, he and his supporters – like Nicola Sturgeon, Scottish National Party leader, before him – claim, “a new kind of politics.”

Certainly, as Jochen Buchsteiner pointed out in the FAZ, Labour under Corbyn is the first big European political party (Volkspartei) to adopt anti-austerity, anti-elitist positions of the same kind as breakaway/alternative left parties such as Syriza and Podemos. But there are so many caveats attached to this “radical new departure.” 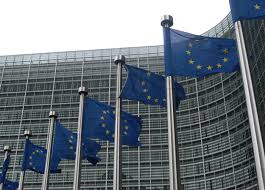 First, to carry any weight in the EU Corbyn needs the backing of, above all, German and French colleagues in the SPD and PS and there’s zilch evidence that they are moving his way. To the contrary, the SPD has been, during the Greek crisis, more austerian than Schäuble and the PS is inching painfully towards (ironically) Blairism, preferring Emmanuel Macron to Arnaud Montebourg, Corbyn’s natural ally.

Secondly, while some analysts argue that the neo-liberal economic model is broken and, hence, centrist parties are being challenged from both far right and left, the anti-austerity parties of the left are going backwards. After its capitulation to the Eurogroup’s brutal pressure and its consequent split, Syriza under Alexis Tsipras may lose its gamble and be voted out in favour of “old politics” (New Democracy) on Sunday (September 20) or at the very least be forced into a grand coalition. Podemos is falling behind both the ruling centre-right Popular Party and the centre-left PSOE in the run-up to Spain’s December general election. Elsewhere, especially in Nordic countries and France, it is populist parties of the nationalistic Far Right that are making headway.

Third, Corbyn’s own positions are scarcely “new politics”; rather, he is (like Gordon Brown) “an analogue politician in a digital age” or what Labour MP Jon Cruddas cruelly called “like a 1980s Trotskyite tribute act”.

Actually, many of Corbyn’s political stances are closer to those of Communists such as Andrew Murray, chief of staff of Unite the union and ex-chairman of Stop the War Coalition (where Corbyn is still active), and overseas political leaders in, say, Venezuela and Cuba. His internationalism is anti-imperialist and, thus, his detractors argue, kneejerk anti-American and pro-Russian. He is systematically pro-union, especially for those of the public sector, and pro-Big State in welfare, education, health and so on. He excoriates privatisation and favours (re)nationalisation. Much of his fiscal stance depends on recouping an alleged £120bn withheld by moguls and tax exiles… 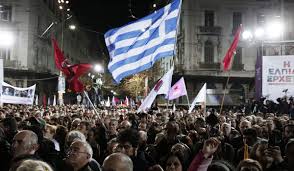 His ideological playbook is rooted in the 1970s and 80s. (Denis Macshane, ex-Europe minister under Blair, says he would be in Syriza in Greece – and Mélenchon’s Front de Gauche in France).

Fourth, and critically important in the run-up to the UK referendum on EU membership in 2016 or 2017, his instinctive position is Eurosceptic (he voted No in the 1975 plebiscite): he views “Brussels” as home to neo-liberalism and protector of Big Capital and, while he may have followed many on the UK left in the Delors period of Social Europe and become more EU-enthusiastic, this warmth has been short-lived.

Latterly, he has tactically tempered his euroscepticism by talking of working with allies on a reform agenda to benefit ordinary Europeans and saying: ”We cannot be content with the state of the EU as it stands. But that does not mean walking away, but staying to fight together for a better Europe.” However, these are more likely his real views: “Look at it another way: if we allow unaccountable forces to destroy an economy like Greece, when all that bailout money isn’t going to the Greek people, it’s going to various banks all across Europe, then I think we need to think very, very carefully about what role they [the EU] are playing and what role we are playing in that.”

This critique of the current dominant neo-liberal thinking inside the EU, notably the Eurozone, is one shared by many on the European left. The demand for an investment-led recovery and an end to ideologically driven, anti-poor spending cuts across Europe is spot-on. And he is also right to insist that Labour should not allow David Cameron to dictate (insofar as he can) the content and pace of UK renegotiation – not least seek to dismantle much social legislation on, say, working time or agency workers.

But he gives the abiding impression – one shared by his new deputy, Tom Watson – that he could lead Labour towards a renewed hostility to the EU or at best abstentionist attitude in the referendum. The UK’s drift towards #Brexit might accelerate under his leadership because he adopts national (‘nation state’) solutions to what are pan-European problems – not entirely unlike UKIP or the FN for that matter (they’re all after working class votes).

For Corbyn to be part of a wider movement to reform, resocialise and democratise the EU he will have to link up with other social democratic parties to reinvent the very concept of Social Europe; a go-it-alone approach is bound to fail. The EU in its present state – despite some shifts in public opinion – remains utterly remote from its 500m citizens and unable to provide the sustainable jobs and growth and the shared wealth it has long promised or to modernise its economy to make it fit for the 21st century.

Corbyn’s embrace of anti-austerity politics is all for the good but it needs to be coupled with more far-reaching economic and social reforms shared by fellow centre-leftists if that turning point in European social democracy is to be genuine. Otherwise, and especially if he is driven by intra-party to trim, his stunning victory may turn out to be yet another false dawn, with the real eventual gainers the ultra-nationalist Right.

David Gow is Editor of Social Europe, which published this article originally. He is also editor of sceptical.scot and the former German Correspondent and European Business Editor of The Guardian