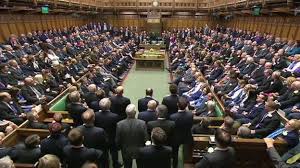 The death of Jo Cox has brought a tragic conclusion to an ugly referendum campaign but ironically may well influence the outcome in a positive direction.

When I first heard of the tragedy I posted on Facebook with the question “Jo Cox: Brexit’s first victim, or saviour?”, and was immediately criticised by people for “politicising a personal tragedy” or “it’s a mental health issue” or ” wait for the facts”. Well, we know now from later events and the charging of her alleged assailant, Thomas Mair, that there is no doubt that this was a political assassination.

The murder was carried out in a political context of a vile racist xenophobic campaign to leave the EU and “keep these nasty foreigners out ” or ” take our country back” or any other of the vile front pages of the Brexit supporting press. This campaign did not cause the murder of Jo Cox but it did provide the atmosphere in which it was committed.

Racism has poisoned the whole Brexit debate and the mood in England. In the brilliant phrase of Peter Geoghan in Bella Caledonia, “a terrible ugliness has been born”. ( This of course derives from the great poem by W B Yeats). Watch the behaviour of the English football fans in France chanting anti-EU slogans and singing racist ditties. Listen to the hostile comments from Question Time audiences ” we want our country back”. I spent 40 years living and working and in politics in England and visit London, Essex and Sussex regularly. It’s clear to me that there is a sea change in the mood of the white working class in England. They feel they have been neglected by successive Labour and Tory governments ( and they are right), and they have swallowed the myths on immigration peddled by the nasty Brexit campaign and its tabloid backers.

It was brought home to me recently on my return from France when the Border Agency inspector said ” I can’t wait to vote leave and keep these foreigners out”. I pointed out his job depended on letting foreigners in but he said he didn’t care! By foreigners he clearly included Scots because when I asked him how Andy Murray was doing in the tennis he said: “I don’t care, I don’t like him, I don’t like Jocks” The truth is that the referendum has in part become a desperate search for a lost English identity, preferably  sometime in the 1950s…

The EU referendum is happening because of the deep divisions in the Tory party, Cameron thought he could lance the European boil by holding a referendum which he would win easily after all that’s what Harold Wilson did in 1975! The difference between now and 1975 is that then the great majority of the political elite and almost all the national press were in favour of staying in. Today the majority of Tory voters and many Labour voters are against the EU and their emotions are being whipped by a racist Brexit campaign amplified by a vile press many of whose owners are foreign based exiles who hate the EU because it might threaten their profits or control of their empire.

Could the murder of Jo Cox make voters think twice before voting? I certainly hope so, I remember how the death of John Smith in 1994 helped to swing the electorate towards Labour because of the decent values he represented. Similarly the contrast between the life affirming values of Jo Cox and those behind Brexit might make some people reflect and change their position: there is some evidence that this happened in the few days since her murder. The polls have moved a little and the pound has gone up in value  as the markets judge that Remain will win. I hope they are right, but recently in despair I put £100 on a Brexit victory and stand to win £400 if Brexit wins. I hope I lose but I fear I am going to win and we are all going to lose.

If we do vote to leave and Scotland votes Remain as the polls indicate, then we must immediately demand that Scotland stays in the EU and we should initiate a demand for a second referendum on independence. After all if we can’t win an independence referendum faced with the prospect of a Boris Johnson-led “Little England” Westminster government then we will never win it. Scotland is different, let us state it clearly, we are internationalists, we welcome refugees, we are and always have been a European nation and we want to stay there. As a former MEP in touch with many of my former colleagues I can tell you that Scotland would get a warm reception for its application to remain, let’s do it! However we shouldn’t assume we will win it automatically – I chatted to two lively middle class pensioners from Balerno on the bus who said they were voting Remain because “if we vote to leave that Nicola will be having another referendum”. 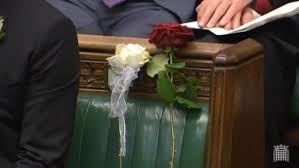 Finally on a personal note I knew Jo Cox as one of Glenys Kinnock’s young assistants when I was an MEP. Glenys was the star of the Labour MEPs and got all the best assistants and Jo was certainly one of them. However unlike many other Labour MPs who take up politics as a career at an early age, she went on to work in the real world for many years, doing really important work on international development both at home and abroad.

In the tough and cynical world of politics and journalism there is often an assumption that most politicians are corrupt and dodgy. As someone who has spent a lifetime in politics can I say that this is not true, most politicians are honest decent people trying to do their best for their constituents. The death of Jo Cox may help save Britain from Brexit and hopefully it may help us to have a more measured respectful debate and disagree with our opponents, but not to hate them. This is particularly important in Scotland where the wounds of the referendum debate are still open. Lets hope that we learn something from the murder of Jo Cox.