Three and a half thousand Kiwi kids have sent letters off to Santa at the North Pole via NZPost and have put some serious thought into whether they’ll make the ‘nice list’ rather than the unwanted ‘naughty list’.

New Zealand Post spokesman Michael Tull has read through many of the letters where children confess that it’s a struggle for them to be nice all the time.

Mr Tull said: “You look at where the kids have been talking about their behaviour over the last year and there’s all this honest evaluation.  It’s not just ‘yeah, I’ve been good'”.

One girl wrote: “My mum says I will get a potato in my stocking if you think I have been naughty so I am trying really hard to be good as I would like some more Barbies please.”

Other kids apply force by menaces to the jolly bespectacled fellow at the North Pole.

One young lady wrote: “Dear Santa, I have been a very naughty girl and not been nice to my parents but I am hoping to get a present or else I will cause lots of problems for my parents.”

While of course enquiring as to the possibility of receiving fun toys and gadgets, encouragingly the great majority of kids also comment on how much they’re looking forward to the holidays and spending time with their families.

Another understandably recurring theme from Christchurch children’s letters is for Santa to ‘stop the ground from shaking’ for December 25.

Santa is aided before he even receives the letters as Mr Tull transcribes the letters and checks spelling – Mr Tull enjoys the work, saying it’s one of the best jobs he’s ever had.

Mr Tull’s own 3-year-old daughter asked Santa for “bubbles” in her letter and he’s sure there’s every likelihood she’ll get them.

Mr Tull said : “This year has been a rollercoaster of a year for New Zealand, and this was a wonderfully refreshing opportunity to reflect on the joy our younger generation feels towards their families and toward the Christmas season.  A sense of happy loving families and of pure optimism and enthusiasm shines through in most of these letters”.

For those who’ve sent letters to Santa, the red and white chap can be counted on to do his level best to respond to letters received. 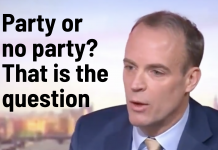 Calls for Labour MSP to resign over letters to schoolchildren