Politically minded Scottish pantosphere enthusiasts had much to tickle their oxters this Yuletide: Ali Babble and the 40 listers (Falkirk), Wullie Rennie and the Modest Penny (Dundee), and Jock in the Beanstalk (Inverness). Most popular of all, however, was the Brexit Player’s Dickwad Whittington.

Ruth the Mooth as Dickwad Whittington

Fluffy Mundell as Peter Chip-Pan, Toffee Hammer of the Scots

Theresa May as John Bullshit

By 2017 DWP-sanctioned benefit seekers are systematically rendered down into oatcakes. These are given to the low paid (everybody) in lieu of wages. Luxuriously trousered PM, Theresa May, has evoked the royal prerogative to impose the Whimsy Act (2017), claiming the right to do as she pleases in the interests of the people who had spoke on Europe in 2016 and of the peoples of the Northern Scotch Lands who had spoke on independence in 2014.

May’s flea-ravaged Brexit moggy is finally let out of the bag on the 31st of March 2017 with the triggering of article 50. Nothing even faintly feline is seen leaving the bag. Some suspect the bag is — and always has been — empty.  Or that the cat’s been in there so long it has died. No one wants to stick their head into the bag to find out.

Since the days of ‘Brexit means Brexit’, May’s negotiating stance has been coming apart at the seams faster than a donkey jacket purchased from a stall in Walford market. Having treated Johnny Furriner like an idiot for decades, Monsieur Furriner lands a haymaker on the point of Ms May’s forwardly thrust jaw, in less time after receipt of article 50 than it takes to butter a croissant. As predicted by Liam Fox, Germans queue up to trade with rUK, however, there’s less people in this queue than you’d find in a food bank in Knightsbridge.

Kezia Dugdale’s careful stewardship of the Labour Party in Scotlandshire’s long walk off a short pier ends triumphantly as the remaining membership of her rag, tag and bobtail party throws itself into the sea when their share of the vote plummets to 4% during local elections in May 2017

The backdrop displays a dystopian skyline peppered with dark satanic mills. A breeze block wall spans the stage in front of this scene. At its centre there’s a barrier. A sign says Checkpoint Chairlie. Another says, ‘It is an offence to take haggis or stovies through customs.’ An information board by the checkpoint implores, ‘Strip search and colonoscopy mandatory. Please clasp passport in teeth and use both hands to prise your buttocks apart (Please note that prising apart someone else’s buttocks may lead to arrest.). Welcome to post-Brexit Scotland.

Theresa May strides on as John Bullshit, with butcher’s apron leggings and top rolling a wheelbarrow containing a giant pair of testicles. ‘This is how much balls I’ve got!’ she says.

‘I’ll tell you who we have trade deals with and you shout hooray, okay?

‘The Allday shop in Mogadishu!’

‘Every single island in Micronesia!’

Silence. Then a voice from the dress circle — ‘Micro where?’

The Mooth as Dickwad Whittington enters stage left. Walks to the footlights and shouts, ‘See me, am no a Tory!’

The crowd roar back, ‘Oh aye yiz are but!’

‘I did press that voting button!’

‘I am here to ask for the modest penny. But I cannot get in because Scotland is a furrin country full of furriners now that article 50 has been evoked. Checkpoint Airchie is the only way in or out.

In true Brexit style, nobody has a clue what’s going on. The pantomime appears to be plot free. The promoters pin their hopes on the special effect of the night in which Jackie Belly as Tinker-Belle — cyclist’s head-torch strapped to her arse — flies on concealed wires across the auditorium.

Backstage boffins sought to suspend Belly on hawsers left over from construction of the new Forth Road Bridge and simultaneously attach a bungee rope to her buttocks by means of a truss. With theatre lights dimmed, they hoped that the lateral motion of the aerial wires combined with the random vertical bouncing of the bungee rope, would replicate the flightpath of a firefly. Tinker-Belle was to represent the high-flying free-spirited entrepreneurship and joie de vivre that is Britannia today as her arse cast light on the the Evil Republic of the Jock People.

On the night Jackie Belly fell 30 feet straight into the orchestra pit and was trailed from east to west, her head crashing off cellos and kettle drums, her flailing arms upending the entire woodwind section, coming to rest under the piano. So dire had been the orchestra up to that point that nobody noticed the difference.

Blue balls: Passport palaver and the shapelessness of things to come 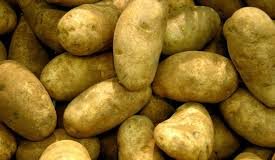