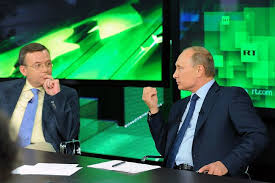 In 221 BC, Roman general, Fabius Maximus Verrucosus, the ‘Cunctator’ or ‘delayer’, saved Rome from Hannibal by remembering to, as we say in Caledonia, ‘caw canny’.

Fab shadowed Hannibal and his army around Rome, destroying food supplies, refusing to be drawn into battle and gradually wearing them out. This kind of cautious strategy is now known as ‘Fabian’.

For some time, the SNP has been criticised by other pro-independence parties and even by some of their new members for its allegedly over-cautious approach to gaining independence.

For example, the turnaround on NATO membership, acceptance of the monarchy, limited land reform and an apparent reluctance to ban fracking outright, have frustrated many supporters. One SNP activist told me it was a deliberate strategy to maximise the vote by not scaring groups sympathetic to independence but in favour of one or other of the preceding policies.

‘Senior SNP politicians are shunning Kremlin mouthpieces like TV station RT and radio and online giant Sputnik News. The Herald already understands the party hierarchy now routinely refuses bids for interviews with the outlets, which slavishly back the government of Vladimir Putin. The stance comes amid growing concerns that Scottish nationalists could be exploited by a propaganda machine seeking to equate the independence movement in this country with Russian-backed separatists in eastern Ukraine. Some backbenchers and activists do continue to engage with the Russia Today or RT, formerly Russia Today, and Sputnik News, which recently opened its UK HQ in Edinburgh.’

Now this is, of course, just journalism. There’s not even a quote from a single party leader. MP and former leader, Alex Salmond appeared on RT only a few days before this report. I’ve been on three times myself. Unlike Canada TV and China Central, they let me speak and didn’t insist on calling ‘Yes’ supporters ‘separatists’.  If there is truth in this Herald story,  then it looks to me like just another case of Fabianism.

Some pro-independence sympathisers might be put off supporting the SNP if they have swallowed the Western media accounts of Russia’s role in the Syrian and Ukrainian civil wars. Educated media consumers know that all media outlets have a perspective on these events. Perhaps humiliated by Russian success in Syria, NATO members have been keen to find fault and UK mainstream media, in particular, have followed the ‘party line’.

I’m not surprised, given their Fabian strategy, that the SNP leadership would be careful to avoid association with Russian foreign policy given its biased representation in UK media. Of course, the SNP has long sought to distance itself from UK foreign policy too, since the Iraq Invasion in 2003. This has been popular in Scotland, as has the SNP opposition to the Libya and Syria bombing campaigns, so close to the heart of the English Conservative Party and some within Labour.

One voice, that of West Dunbartonshire MP Martin Docherty-Hughes: ‘urged party supporters to consider messages from Kremlin-backed media sources like Sputnik news carefully before reading or sharing them on social media.’

This is patronising. The Scottish people are amongst the most politically aware and informed in the world, judging by the tremendous quality of the online debate in the months before and after the Referendum. Does he really think that these people do not know how to read, compare and judge the agenda of different media sources? We share RT reports as we might share others, critically and in an attempt to balance Western corporate media reports which we have no more reason to trust than RT.

Here’s the point. RT tell you things you won’t hear on UK mainstream media broadcasts and in many cases they’re worth knowing. If you don’t check-out RT, al-Jazeera, France 24 and websites like Newsnet.Scot, Bella Caledonia, Wings over Scotland, Open Democracy and Counterpunch, then you will have a narrow and inaccurate view of the world.

RT have informed me, for example, of the massacres of Kurds by NATO member Turkey and of the massacres of Yemenis by UK ally Saudi Arabia, using British weapons and trained by British personnel. As with the truth of successes in the Scottish NHS, you would know little of these important matters if you only watched BBC News. That reminds me, there’s another no-go-area for many in the SNP, other than Salmond I must admit, the BBC. Night after night, BBC Scotland News distorts reality and imbalances reports in a vain effort to damage the Scottish Government and to save the Labour Party. The SNP will not strike back. I know why. Many Scottish voters love the BBC so attacking them makes little sense electorally.

Docherty-Hughes was quoted as saying:

‘These are news sources directly funded by a regime which has absolutely no problem with abusing human rights and minorities, and most certainly would not tolerate a nationalist movement like our own within its own borders.’ It’s disappointing that Docherty-Hughes, as an SNP MP, does not remind us of the massive abuse of human rights consequent to UK bombing of urban areas in the Arab World and evidence of intolerance of Scottish Nationalism evident in the range of dirty, undemocratic, tricks used by the UK establishment and its media servants to steal the Scottish Independence Referendum.

‘As for the Russian people and, Putin is genuinely hugely popular. The people of Crimea feel they are Russians and wish to escape the Ukraine government which contains Fascists within it ranks. All of the other ethnic groups from the former Soviet Union – the Kazakh, the Uzbeks, the Tajiks, the Latvians and many more – are already independent. Would that our NATO partners the Turks were so kind to the Kurds or our Saudi friends and arms customers were so kind to their Shia population.

RT and Sputnik give us a valuable alternative perspective on the news. Scottish voters are smart enough to make their own judgements when that perspective differs from the Western mainstream media.

I accept the SNP’s Fabian approach may well win the day and if so, it will have been worth it, but it doesn’t mean the rest of us have to wear blinkers until the great day comes.

Media critic writes in defence of the ‘totalitarian’ SNP government

Unfairness in Early 2016? BBC Reporting Scotland and perceptions of propaganda

The Scottish political media, ‘infantilism’ and the row over ‘SNP Bad’