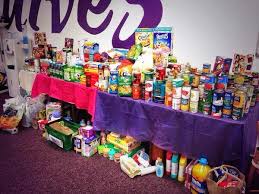 The Coalition government has ignored protests from dozens of leading Scottish voluntary organisations and pressed ahead with the controversial rolling-out of its “Universal Credit” scheme at numerous Scottish Jobcentres.

The roll-out of Universal Credit and Personal Independence Payments is going ahead, despite pleas for the implementation in Scotland to be suspended pending the planned devolution of certain welfare powers.

That devolution is supposedly to happen after the UK election this May, according to the major parties who say they are committed to implementing the Smith Commission recommendations, regardless of the shade of government in Westminster after the poll.

More than 50 welfare organisations had supported suspending the roll-out because it is likely that the Scottish Parliament will want to change the rules currently envisaged by the Department of Work and Pensions (DWP) in London.

They wrote to Work and Pensions Secretary Iain Duncan Smith last month calling for the suspension until the process of legislating for new welfare powers for Scotland is completed.   But Smith has ordered that 150 UK job centres – including Scotland – move over to the new benefit system from today.

Inverness was included in a pilot scheme, but there has been no detailed public disclosure of how that experiment went.

The programme has been long in the making and whose delays were criticised by the National Audit Office. It combines six types of benefits – including ISA, housing benefit and tax credits – into one payment. The Coalition claims it is coming in under budget, but there is no explanation why that might be.

“As the rollout of Universal Credit steps up a gear, the Westminster Government has once again shown that it is completely incapable of listening.

“Extensive evidence has been put forward by charity organisations from across Scotland that the rollout should be stopped while powers are transferred, but Iain Duncan Smith refuses to act.

“With charity organisations on the front line of dealing with Westminster’s welfare cuts simply being ignored, it is clearer than ever that Westminster cannot be trusted to make decisions over welfare on Scotland’s behalf.

“The fact is that the current proposals for welfare devolution go nowhere near far enough and leave far too much control in the hands of Westminster.  ”

A letter signed by 56 organisations was published in The Herald newspaper on January 11 to Iain Duncan Smith MP.

For the record, Newsnet.scot publishes details of the organisations below: