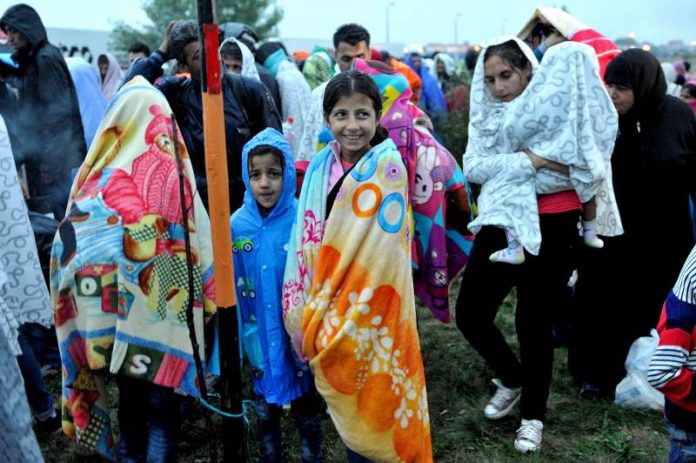 Professor Jan T Gross says the countries of the EU’s easter flank are failing a major test of their credentials as part of the modern Europe.

As thousands of refugees pour into Europe to escape the horrors of war, with many dying along the way, a different sort of tragedy has played out in many of the European Union’s newest member states. The states known collectively as “Eastern Europe,” including my native Poland, have revealed themselves to be intolerant, illiberal, xenophobic, and incapable of remembering the spirit of solidarity that carried them to freedom a quarter-century ago.

These are the same societies that clamored before and after the fall of communism for a “return to Europe,” proudly proclaiming that they shared its values. But what did they think Europe stands for? Since 1989 – and particularly since 2004, when they joined the EU – they have benefited from massive financial transfers in the form of European structural and cohesion funds. Today, they are unwilling to contribute anything to resolve the greatest refugee crisis facing Europe since World War II.

Indeed, before the eyes of the entire world, the government of Hungary, an EU member state, has mistreated thousands of refugees. Prime Minister Viktor Orbán sees no reason to behave otherwise: the refugees are not a European problem, he insists; they are a German problem.

Orbán is not alone in this view. Even Hungary’s Catholic bishops are following Orbán’s line, with Laszlo Kiss-Rigo, Bishop of Szeged-Csanad, saying that Muslim migrants “want to take over,” and that the Pope, who has called on every Catholic parish in Europe to take in a refugee family, “doesn’t know the situation.”

In Poland, a country of 40 million people, the government initially expressed a readiness to accept 2,000 refugees – but only Christians (Slovakia proposed a similar stipulation). Refugees are not an Eastern European problem, a Polish journalist told National Public Radio in the United States, because these countries did not participate in the decision to bomb Libya (neither did Germany).

Have Eastern Europeans no sense of shame? For centuries, their ancestors emigrated in droves, seeking relief from material hardships and political persecution. And today their leaders’ heartless behavior and callous rhetoric play to popular sentiment. Indeed, the electronic version of Poland’s largest newspaper, Gazeta Wyborcza, now publishes a stunning notice at the end of every article about refugees: “Because of the extraordinarily aggressive content of remarks advocating violence, contrary to the law, and calling for racial, ethnic, and religious hatred, we will not allow readers to publish comments.” 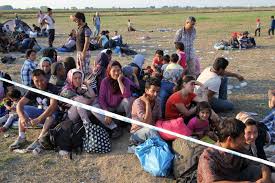 Not so long ago, in the immediate postwar years, Eastern European Jewish Holocaust survivors fled from the murderous anti-Semitism of their Polish, Hungarian, Slovak, or Romanian neighbors to the safety of displaced persons camps in, of all places, Germany. “Safe Among the Germans” proclaimed the title of an important book by the historian Ruth Gay about these 250,000 survivors. Now Muslim refugees and survivors of other wars, having found no refuge in Eastern Europe, also are fleeing to safety among the Germans.

In this case, history is not a metaphor. On the contrary, the root cause of the Eastern European attitudes now on grim display is to be found in World War II and its aftermath.

Consider the Poles, who, deservedly proud of their society’s anti-Nazi resistance, actually killed more Jews than Germans during the war. Although Poland’s Catholics were cruelly victimized during the Nazi occupation, they could find little compassion for the fate of Nazism’s ultimate victims. In the words of Józef Mackiewicz, a conservative, anti-Communist Polish writer with impeccable patriotic credentials: “During the occupation there was not, literally, a single person who would not have heard the saying – ‘One thing Hitler has done correctly is to wipe out the Jews.’ But one should not talk about this openly.”

Of course, there were Poles who helped Jews during the war. Indeed, the number of Polish “Righteous Among Nations,” recognized by Israel’s Yad Vashem for their wartime heroism, is the largest among all European countries (unsurprisingly, given that prewar Poland had Europe’s largest Jewish population by far). But these remarkable individuals typically acted on their own, against prevailing social norms. They were misfits who, long after the war had ended, insisted on keeping their wartime heroism a secret from their neighbors – afraid, it seems, that their own communities would otherwise shun, threaten, and ostracize them.

All occupied European societies were complicit to some degree in the Nazi effort to destroy the Jews. Each made a different contribution, depending on country-specific circumstances and conditions of German rule. But the Holocaust played out most gruesomely in Eastern Europe, owing to the sheer number of Jews in the region and the incomparable ruthlessness of the Nazi occupation regimes.

When the war ended, Germany – because of the victors’ denazification policies and its responsibility for instigating and carrying out the Holocaust – had no choice but to “work through” its murderous past. This was a long, difficult process; but German society, mindful of its historical misdeeds, has become capable of confronting moral and political challenges of the type posed by the influx of refugees today. And Chancellor Angela Merkel has set an example of leadership on migrants that puts all of Eastern Europe’s leaders to shame.

Eastern Europe, by contrast, has yet to come to terms with its murderous past. Only when it does will its people be able to recognize their obligation to save those fleeing in the face of evil.

Jan T. Gross is Professor of War and Society and Professor of History at Princeton University. He is the author of ‘Neighbors: The Destruction of the Jewish Community at Jedwabne, Polish Society under German Occupation’, and ‘Fear: Anti-Semitism in Poland After Auschwitz’. This article is drawn from the respected European online forum Social Europe.

First Dr. Schäuble came for the Greeks and I did not speak up…

First Dr. Schäuble came for the Greeks and I did not...