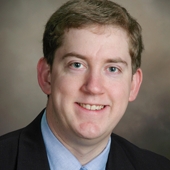 On this Thanksgiving, I am thankful for the prosperity we all enjoy. In a couple of my econ 100 classes on Tuesday, we spent a bit of time talking about how land-use restrictions affect both housing prices and the environment. An important point of departure between economics and an extreme form of ecocentric environmentalism that I have called “environmysticism” is that environmysticism holds preservation of nature as a moral end in itself while economics is the analysis of human action. Environmental policy is often made on the basis of fundamentally flawed economic analysis.

For example, in a contribution to Ayn Rand’s Return of the Primitive: the Anti-Industrial Revolution, Peter Schwartz discusses a debate over the fate of the yew tree in the Pacific Northwest. The tree had been found to produce a cancer-fighting element. If strict private property prevailed, the tree would have been farmed, harvested, and used to alleviate cancer patients’ suffering. However, as Schwartz records, some responded that the trees should be conserved out of fear that all the trees would be used up.

If private property rights are secure, this fear is unfounded. The discovery that the yew tree produces cancer-fighting elements would increase demand for yew trees. The prospect of profitable tree cultivation would provide a powerful incentive to cultivate yew trees (without any prodding from the National Institutes of Health, it should be added). The trees won’t be “used up;” if anything, yew tree populations would explode. “Protecting” the tree, however, provides a double-dose of trouble. It removes positive incentives to conserve or cultivate the tree and replaces them with fear of punishment, and it leaves unalleviated the pain and suffering of cancer patients the world over.

There is also an important principle here regarding intergenerational equity. Even if we grant that the conservationists wish to preserve the trees “for future generations,” we must assume that we mean they must be conserved for their aesthetic benefit to those generations (it cannot be for the services they convey, for as Schwartz notes the environmentalists have established that the trees are not to be violated for their own sake), then the policy constitutes a forced transfer from the sick to the healthy and from today’s poor to tomorrow’s rich.

Economic analysis comprises a very rich set of tools that we can use to analyze important environmental problems. If private property rights are secure, we can rest assured that the incentives inherent in the marketplace will ensure that valuable resources are not wasted. Prices and the prospects of profit and loss provide valuable information to innovators and entrepreneurs, but forsaking the price system turns economic decisions into political decisions. Unfortunately, this has a tendency to exacerbate precisely the problems it is supposed to solve.

For more, here is my Earth Day 2009 article, and here is an early version of my paper “Economic Calculation in the Environmentalist Commonwealth.” Here are links to audio of lectures on “Environmental and Resource Economics” given at Mises University by Timothy Terrell, George Reisman, Walter Block, and myself.

Reproduced with thanks to the Ludvig von Mises Institute.