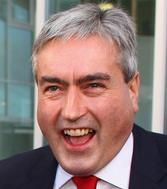 by Alex Porter and Dave Taylor

The latest unionist hit-and-run attack on the SNP government will have alarming financial consequences for Scotland.

At issue is Scottish Secretary Michael Moore’s assertion that the Scottish government have surrendered Holyrood’s income tax powers known as the Scottish Variable Rate (SVR). According to Moore the reason why these powers have been relinquished is because the SNP government failed to pay maintenance bills to Westminster for the system which would deliver it. It has never been used and because of the Calman proposals being adopted will shortly be superseded anyway.

The basics of the story is that HMRC (Her Majesty’s Revenues and Customs) in London needs to upgrade the computer system and so the Scottish Parliament will lose the ability to use this tax for a year. London realises this would be a damaging story and so Michael Moore decided to concoct a narrative about how it’s all the SNP’s fault.

Moore’s story which is being seized on by the mainstream media in Scotland is based on the idea that these powers have been allowed to lapse because of the SNP’s unwillingness to pay bills for the system’s upkeep. What is the evidence for this? None. The powers have not been lost. The Secretary of State for Scotland just made it up. It’s all baloney but that’s no impediment to Scotland’s intrepid media.

Scotland’s mainstream unionist media is frothing at the bit over a story which anyone with two neurons to rub together would see is made up. Iain Gray is in full indignation mode and leading the stampede. Unionist minded journalists like Tom Gordon at The Herald are speculating over John Swinney’s future and there are calls for an emergency Ministerial statement and committee enquiries in the Scottish Parliament.

Moore knew full well that his spin would set off Labour’s leader in Scotland and his party’s media cohorts. In kicking up all the dust, as they do, Labour will protect HMRC. Gray has his uses.

As this pack of political and media hounds gets excited over the prospect of being fed, Iain Gray has unwittingly trapped himself.   According to the Treasury the  Department which effects change to any governmental system should pay for it. If, as the howling unionist pack claim, the Scottish government should pay the HMRC because of Scotland’s separate system then that will mean the same across all other departments.

Departments/agencies which could seize on this HMRC precedent include

Given that, in this particular instance, the amount at issue is £15 million, it is not unreasonable to assess that a Gray government would pay hundreds of millions of pounds to London that his government needn’t pay. (The same problem will affect Wales and Northern Ireland)

To pay those bills will mean a massive cut in public services and an increase in unemployment as teachers, nurses and others join the dole queue. What Iain Gray must then detail is exactly where will he make the cuts necessary to pay the bills Scotland need not pay but Iain Gray insists should.

By rejecting economic independence the unionist parties are already sending the surplus in Scotland’s national account to London. On top of that Scotland must endure austerity cuts to pay for Britain’s deficits – a legacy from the last Labour government. Now Labour is proposing that Scotland assumes more unnecessary costs.

That is the box that Michael Moore has now put Gray in. It is a story of London control, irresponsible and naive opposition and media complicity.

As the Holyrood elections draw nearer one of Labour’s campaign lines will be that the SNP is fixated with the constitution at the expense of jobs and the economy. Yet here they are risking hundreds of millions of pounds simply because they want to pretend that the SNP have ceded constitutional powers which haven’t actually been ceded.

The animal urge to get an SNP scalp has driven political discourse in Scotland to the point of absurdity and the abuse of our national parliament, in the pursuit of party interests, is nothing short of constitutional vandalism.

Scotland’s parliament was hard-fought for and the nation deserves better.

READ MORE – The ‘tartan tax’ – who is misleading who?