The Green Party has said that it will not compromise on three key issues, should the party be involved in post-election coalition talks.

Those issues are the refusal of any plans for new nuclear or coal-fired power stations to be built in Scotland, or extension of the life of existing nuclear plants, student funding and cuts to Scottish services that worsen inequality.

The Greens are currently at league with the Liberal Democrats for the place of the fourth largest party in Holyrood, with analysis of recent opinion polls suggesting they could take more seats.

Gains on the two seats won by the Greens in 2007 could place the party at the centre of coalition talks with either the SNP or Labour.

Co-leader Patrick Harvie MSP said: “Greens in the next Parliament will stand unequivocally for a shutdown of Scotland’s nuclear plants.

“Last year, SNP Ministers and the Tories united to back a new coal-fired power station, and Alex Salmond seems to think that carbon capture and storage, as yet entirely unproven, can somehow make this dirtiest fossil fuel into clean energy.

“It’s a myth, and Greens will not back any administration that permits new coal plants in Scotland. Scotland has the capacity to be more than 100% renewable and to export the surplus to our neighbours – this has to be our national aim.”

Mr Harvie added: “An additional tax or a return to tuition fees would deter students from less well-off backgrounds, and take Scottish education down the market-first route adopted by Westminster.

“Finally, the central question of this campaign remains the cuts to public services. Green MSPs will not support any government which signs up to a cuts agenda that worsens inequality in Scotland.

“Any other party seeking Green support in the next Parliament will have to respect our position on these issues. These are red lines we will not cross. Our voters and our members expect nothing less.”{jcomments on} 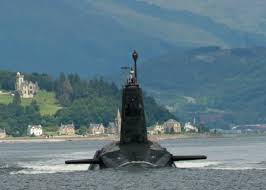