GENERAL…
A study into the poor health in areas of Glasgow shows differing socio-economic circumstances to be the main cause of the majority of health conditions suffered by Glaswegians.

Scotland’s Chief Statistician today published a report using the latest Scottish Health Survey data to investigate the so-called “Glasgow Effect” whereby higher levels of early mortality and poor health have been said to exist in Glasgow beyond that explained by socio-economic circumstances.

The study looked at whether residence in Glasgow was independently associated with poorer health outcomes and worse health behaviours compared to the rest of Scotland, after controlling for socio-economic, behavioural, biological and other health-related risk factors.

This report is one of a series of Scottish Health Survey topic reports providing in-depth analysis into specific topics, and uses data from the two most recent surveys (2008 and 2009). 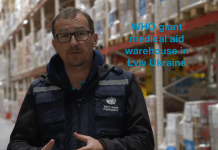