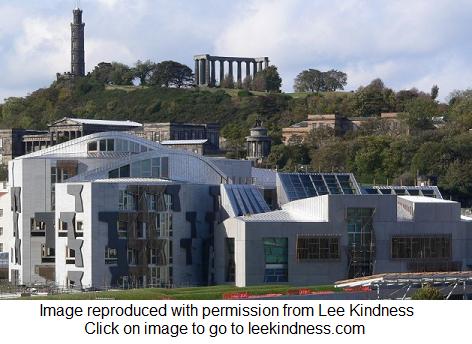 Among the many inscriptions on the Canongate wall at Holyrood, it is a terse Scottish proverb that sums up the reality of political life in the Scottish Parliament better than any bon mots from Hugh MacDiarmid or Norman MacCaig: ‘To promise is ae thing, to keep it is anither.’

Despite the enthusiasm that greeted its inception, Holyrood has not always managed to capture the Scottish public’s imagination in the intervening years. The realpolitik of representative democracy – special interests, deal making, coalition building – has come, perhaps unsurprisingly, to dominate popular perceptions of life within the chambers.

With Parliament gearing up for its fourth election, it is an apt time to assess where Holyrood has succeeded – and where the Parliament still has room for improvement. And who better to ask than some of the 19 MSPs that have declared their intention to retire in 2011.

Professor Christopher Harvie has little doubt about the root case of Parliament’s image problem. ‘The public are turned off by Holyrood’s bloated bureaucracy,’ the SNP MSP, who is stepping down after on term, says frankly. ‘When the Parliament was founded it inherited an oligarchy of administrators that have built a cushy regime for themselves but really offer no value added proportionate to the cost of their salaries.’

Harvie says Holyrood suffers from a preponderance of ‘yes men’ and a reactionary fear of freethinkers. ‘From the start an awful lot of people elected to Parliament were safe figures. There was a fair degree of filtering of lists, a lot of interesting characters never got in, people that could have offered a different analysis. At present there is too much central organisation of opinion across all the parties,’ he remarks.

The Mid Scotland and Fife MSP would also like to see more joined-up thinking across government. Drawing on his experience of public life in Germany – he was professor of British and Irish Studies at the University of Tübingen before coming to Holyrood – Harvie believes that the Office of the First Minister needs strengthening to allow it to act as policy driver for the whole administration and to encourage more long-term planning.

Harvie speaks positively of his time in office but bemoans the lack of creative thinking in Parliament. ‘In my time at Holyrood I don’t think I’ve ever encountered a Big Idea. Education, environment, culture – what I call the ‘talky’ ministries – do a lot of talking at nice drinking parties but they’ve not been able to produce any big ideas that people can get enthused about,’ he comments.

Why has Holyrood failed to generate the kind of creative initiatives that could animate Scottish voters? Harvie feels that divisions both within and between ministries are to blame, citing the range of different departments with responsibilities around renewable energy as supporting evidence.

One reasonably large idea that Holyrood has successfully developed is its wide-ranging public petitions process. Irrespective of age or even voting rights, anybody resident in Scotland can petition the Parliament, a right that citizens in most EU countries do not possess.

‘Petitions are judged on their relevance, whether Parliament can do something about the issue and if they’re of public interest,’ explains Robin Harper, a Green Party MSP and member of the Public Petitions Committee.

The committee, which receives some 2,000 petitions in the lifecycle of a Parliament, has met everywhere from Fraserburgh and Fife to Arran and now also accepts electronic submissions.

Harper, who is stepping down from the Lothians seat he has held since 1999, describes the process as ‘innovative’ but feels that not enough money is spent publicising the committee’s work. ‘Getting the public to know what we are and what we are doing is difficult, but when they do turn up for one of our sessions they are clearly impressed,’ he says.

Marlyn Glen, a Labour MSP since 2003, argues that the public petitions committee, of which she is also a member, has helped to break down some of the tribal politics that can still dominate debates in the house. Glen, too, would like to see less focus on the points-scoring of First Minister’s questions and a greater emphasis on ‘cross-party committees like this that show we can work together on issues that can change people’s lives.’

The North East Scotland MSP, who is standing down this year, cites her work on the Equal Opportunities Committee as her greatest achievement at Holyrood but remains disappointed by the level of female representation in Parliament. Having seen the number of women in Holyrood grow from 48, in 1999, to 51, in 2003, the number fell to just 43 in the last election.

Somewhat paradoxically for an ardent nationalist, Christopher Harvie thinks that the Parliament would be significantly improved by a stronger Scottish voice among the Westminster panjandrums.

‘We’ve got to have a greater presence in London, and especially in the House of Lords. We’ve got to exploit that. Plaid Cymru have done to great success and so should we,’ says Harvie, whose penchant for fine speeches and acerbic witticisms would doubtless play well in the rarefied air of the Lords.

Back at Holyrood, ensuring the widest possible public participation in the life and decision-making of the Parliament requires innovative responses from our MSPs. Whether it is encouraging female participation and expanding the public petitions committee or creating fresh, exciting proposals for Scotland in this new age of austerity, as we head into 2011 our politicians would do well to heed another, more celebrated, maxim from the Canongate wall: ‘Work as if you live in the early days of a better nation.’

Salmond locks horns with BBC as Patten confirms changes to how...