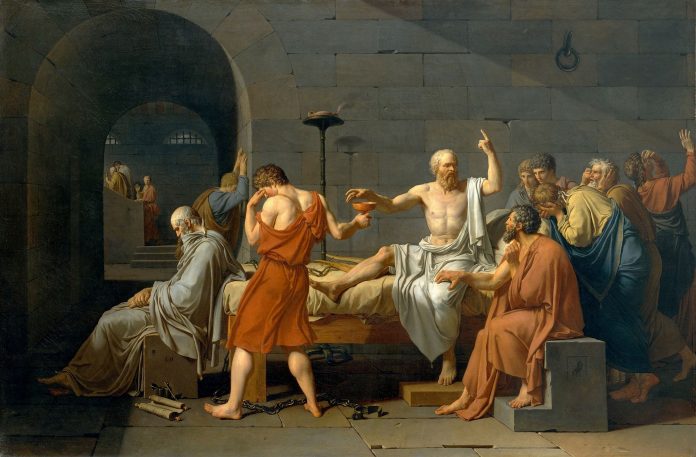 We have seen a rise in the political temperature, from Raging Ruth to Raging Red Tops –Telegraph not excluded. The view from Scotland seems to be: Whatever next will emerge from the mouths of May’s discordant government, Tory backbenchers and former leaders? Meanwhile Labour fiddles as Brexit burns.

Two contributions during the reconvened debate on a new independence referendum marked the contrast between heat and reason. The angry and ill-tempered contribution from Tory leader Ruth Davidson spoke of something much deeper than the issue she purported to be addressing. During the EU referendum she gained widespread plaudits for her stout defence of remaining in Europe. The spectacle we witnessed last week gave us a glimpse of an internalised angst as she found herself forced to reject a route that would enable Scotland to retain its place in Europe. UK unionism had to prevail as the shards of UK unity splatter in all directions.

Unionism is the bedrock of Tory philosophy although there is little in philosophical thought to sustain the concept that any inter nation unity will endure for all time in the face of real political change and divergence.

Davidson has chosen the Socratic route, swallowing the bitter poison of hard unionism over the right of Scotland to leave and become a part of a Europe of sovereign nations.

The arguments in favour of last week’s vote have been well covered but the contribution from Green MSP, Andy Wightman, was noteworthy. He spoke rationally of the need to resolve Scotland’s dilemma. In 2014 we voted to remain in the UK. In 2016 we voted to remain in the EU. Wightman argued we needed to hold a new independence referendum to resolve this conflict, created by England voting to leave the EU. Welcome to Scotland where the age of reason is alive and the people of Scotland believe in the right to chose.

There is nothing a government under pressure likes better than a diversion from their difficulties. Cue: Michael Howard from the darkness beyond. If Gibraltar failed to get a mention in the Article 50 letter it has not been out of the news since. Still very useful in rousing up the Brits in defence of a small tax haven overseas territory of 6.8 square kilometres, much of it a large lump of Jurassic limestone. Gibraltar wants to stay in the EU, is dependent on Spain for overland supplies and 15,000 Spanish workers who cross the border daily to work.

There is no easy solution. Hard Brexit means Gibraltar must leave the EU. Gibraltarian Independence is not viable and Spain would most certainly vote to block such a possibility.

Howard’s intervention was about diverting attention away from the chaos of Article 50, the lack of a viable negotiating position and threats to stay schtum about possible intelligence terrorism alerts to fellow European countries. The cabinet agreed the inclusion of security co-operation as a bargaining chip but have since denied it was a threat. Theresa May will not be sending in the warships or the SAS to keep the territory’s airport, on contested reclaimed land, open.

When things are getting hot under Theresa’s big bead necklace and government looks directionless, nothing better than to get the retired oldies to whip up a dose of nostalgic imperialism.

Back in 2012 The Herald ran a story by Brian Currie: English ‘would bomb our airports’ It was based on an article the former Tory MP for Angus, Lord Peter Fraser had written for the right wing political think tank Politeia. I contacted Lord Fraser at the time and asked him if he really thought that if the Russians were to invade an independent Scotland the English would take out Scotland’s civilian airports? He told me he had been misquoted and gave me the following statement:

“What I was seeking to address was the circumstance when some unfriendly country sought in the future to launch an attack on England from Scotland. In such circumstances I would envisage England would not allow an invasion to succeed from the territory of Scotland and if there was no adequate defence in Scotland, it would seek to defend itself there.

“For that reason I welcomed the change of heart on the part of the SNP to defend Scotland alone or in conjunction with England. I certainly never envisaged England would bomb Scottish civilian airports out of spite. I find the British destruction of part of the French fleet at Mers-el-Kebir to avoid it falling into Nazi hands instructive. That was successfully done but it provoked massive anti-British feeling in France.” Peter Fraser, 14 March 2012.

I sensed at the time that Lord Fraser was embarrassed by the coverage and regretted his article. For a Tory unionist he seemed a decent man. He was Lord Advocate at the time of the preparation of the Lockerbie case against Megrahi. Fraser later described the key prosecution witness, Maltese shopkeeper Tony Gauci, as “an apple short of a picnic”, and he supported the Scottish Government’s decision to release Megrahi on compassionate grounds in 2009. Peter Fraser died suddenly in June 2013.

The Lords Howard and Tebbit have no such embarrassment when called to arms. Invoking the spirit of the Falklands is an unsuitable comparison. It was Margaret Thatcher, as British Prime Minister, who signed the Sino-British Joint Declaration on 19th December 1984 that prepared for the transfer of Hong Kong back to China in exchange for some form of local democracy. There is no way of avoiding dialogue with Spain to resolve the Gibraltar impasse.

Wealthy Brexiteers plan for the exit and lower tax bills

Nigel Farage recently announced he would leave Britain if Brexit outcomes were not a success. He already has a US media deal so we can guess his choice of country. Most of the financial media supported Remain. Not so Money Week, that heavily backed Brexit. There are those in the financial backwoods eager for any kind of event that disrupts markets as a means to profit. That there is a negative impact on pension funds, small investors or any national interest is beside the point.

Editor in Chief of Money Week, Merryn Somerset Webb, wrote an article in last week’s issue Diversify your nationality  – get a second passport. An occasional panelist on Question Time, Merryn, in a recent programme, ruled out Farage as a suitable UK ambassador to the US, but argued that a seat in the House of Lords should be his. In a thoroughly researched piece Merryn advises readers on the easiest routes to obtain another passport and the places that are best if you want to reduce your tax bill. Not for the likes of us! It is an expensive process unless you have an Irish grandparent.

Merryn Somerset Webb and her family live in Edinburgh and stockbroker husband Sandy owns a small Scottish Island. By residence, they and their children would qualify for Scottish passports after independence. It seems that possibility did not occur to her.

Taking back control was never about the UK or ordinary people having any control. It was about the interests of the wealthy and pastures new-  if that is to their advantage. Britain has multiple overseas territories that exist as tax havens, designed to leach money out of the country and out of the hands of a UK Treasury that makes half hearted noises about increasing the tax take of those with the means to escape paying up. 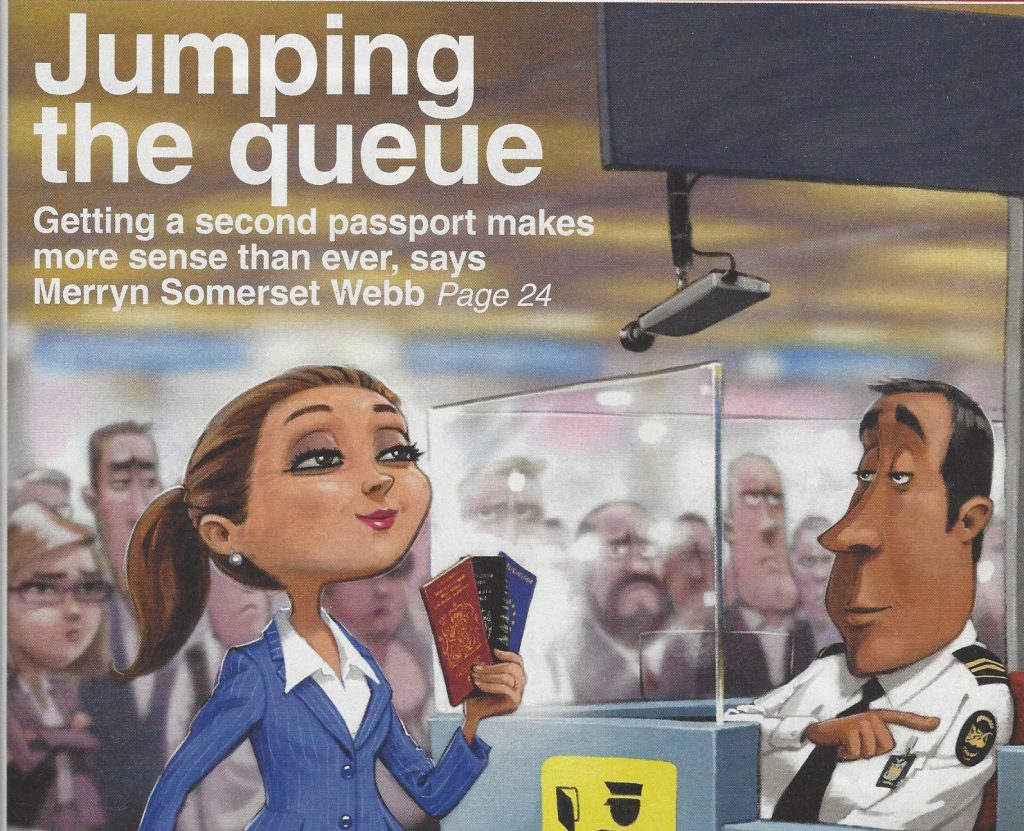 Those that can’t escape paying up are the disabled, those on low incomes, those dependent on benefits to survive, and those who – from this week – have more than three children, following the introduction of the Tories 2 child policy.

A new age of reason and enlightenment

The 2014 referendum left Scotland with the most politically educated population in the UK. The 2016 EU referendum saw a politically naive population, south of the border, battered by repeated sound bites from a bunch of opportunists with no interest in the social welfare of the average voter.

Sometime within the next two years Scotland will have the choice of deciding what kind of country it wants to be. What kind of values should drive our reasoning and political priorities? What kind of relationship we wish to have with other European nations? In making those choices we should look outwards beyond the confines of these islands.

Independence provides Scotland with a unique opportunity to be more than just a part of European progress. In the eighteenth century the French philosopher, François-Marie Arouet, better know by his pen name, Voltaire, wrote: “We look to Scotland for all our ideas of civilisation”. Despite the prevailing mood and angst south of the border, there are many examples daily of such sentiments being expressed in that other kingdom that has lost its way. That Scotland can help build a twenty-first enlightenment is within our tradition. All it takes is for the people of Scotland to say Yes.