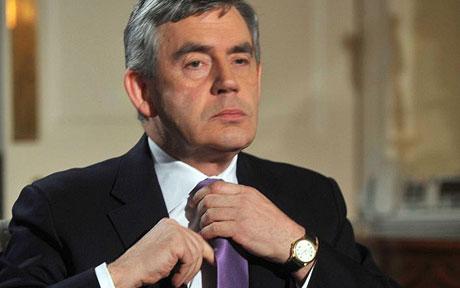 The current crisis in Edinburgh’s schools is only the tip of the iceberg caused by the Private Finance Initiative (PFI). The truth is that public services all over Britain are burdened by over £200 billion of debt locked into high interest loans for over 30 years, at a time when interest rates are at an all time low.

All because Gordon Brown didn’t want public expenditure on the books, lurking instead in the private sector.

Ironically as an MEP at the time I could have told him that it was perfectly acceptable to the European Commission to spend money on infrastructure and ironically, given current interest rates, any government scheme would have benefited from near zero rates instead of the 4-5% rates over 30 years built into the PFI schemes.

I live in the Quartermile in Edinburgh, on the site of the old Edinburgh Royal Infirmary – or, as we know it,  Gordon’s folly. In 1998 when Lothian Health Board decided to renew the Edinburgh Royal, Gordon Brown, Chancellor and unofficial ” King of Scotland”, told the health board and indeed all public authorities in Scotland that there was only one show in town and that was PFI.

The health board was forced to go to the private market for finance. It would have cost £200 million in 1998  to rebuild the Edinburgh Royal on the old site right in the centre of Edinburgh. Instead in a deal done with the Bank of Scotland and property companies they built a new hospital six miles from the centre of Edinburgh at Petty France. It takes 1hour 20 minutes to go to the new hospital from the other side of Edinburgh by bus and in the rush hour an ambulance might take half an hour. However it was perfect for the private finance consortium that built it because it was a cheap green field site and given instant planning permission by the council.

Indeed they liked the site so much they acquired a lease for 125 years so even if we buy the hospital they still own the land and will go on raking in high rental fees. However first we have to pay them £1.4 billion over a 30 year period, a huge burden on health board finances, and at the end of 30 years we either have to buy it or enter into another lease. Friends who work there tell me it’s so shoddily built it may not last much more than 30 years anyway. Whether or not that’s true, Edinburgh Royal hasn’t started falling down like Edinburgh schools have, but it is a financial nightmare, but a financial bonanza for the Bank of Scotland and its PFI partners.

Firstly they get a nice steady income stream over 30 years and a return of six times their original investment, with no risk, since Lothian Health Board can’t become bankrupt. Secondly they got the best and biggest prime devolopment site, bang in central Edinburgh. Here in the Quartermile they are developing a new city of elegant green tower blocks designed by Norman Foster and integrating the old Edinburgh Royal Hospital refurbished as luxury flats, offices shops and restaurants. You can get a one bedroom flat for only £400,000 while a penthouse suite might cost you £3 million. I live in the social housing element of the Quartermile, Wharton Square, a housing association block of 174 flats, half of whom are for mid market rents where tenants get no subsidy and half are for lower income tenants who can get housing benefit.

I chair the resident’s association and we are attempting to build a community in the centre of the city. Meanwhile in the private sector of the Quartermile, Chinese students from rich families are paying up to £1500 a month (in addition to their £20,000 a year fees) for the privilege of living there.

PFI schemes abound across Scotland in schools, technical colleges, hospitals and housing. Typically they richly repay their investors with rates of return of three, four or even seven times the original cost, all at the taxpayers’ expense! The Edinburgh schools crisis has also exposed that many of these new buildings are shoddily built and are not only a bad investment but a danger to their users. Indeed one of Scotland’s leading architects Malcolm Fraser resigned from the advisory board to the Scottish Government in protest against the shoddy standards of PFI projects.

PFI was begun under the Tories but its biggest promoter was Gordon Brown as Chancellor. I remember having lunch with Gordon at the Labour Party conference in 1996 and asking him about taxation and spending. He had just committed to sticking to the Tory tax and spend plans for the first two years of a Labour government (Ken Clark the Tory chancellor cheerfully admitted after the election that he had no intention of sticking to these plans). Brown said in his opaque manner: “Hugh there’s more than one form of taxation and public expenditure” Well it was true, Gordon did put a tax onto banking profits but also took £5 billion out of pension funds through stealth taxes, which led to the end of most final salary schemes in the private sector. On public expenditure his push on PFI did result in a big increase in spending but the bills and the consequences are now crippling local authorities and health boards.

What’s the solution? Well the SNP government when it took office cancelled any new PFI projects. Indeed I well remember the cheers Alex Salmond got at the STUC conference when he announced that Glasgow’s new hospital would be built from public money and not from private finance. To help in that process the SNP government has set up a Scottish Futures Trust which can borrow money at much lower rates for public capital spending. As for the existing PFI projects, well I think they should all be re-negotiated to reduce their cost and the banks who are often behind the PFI schemes should be rudely reminded just who bailed them out in 2008.

Perils of British independence: what does residual unionism tell us about living together?

The curious case of Gordon Brown