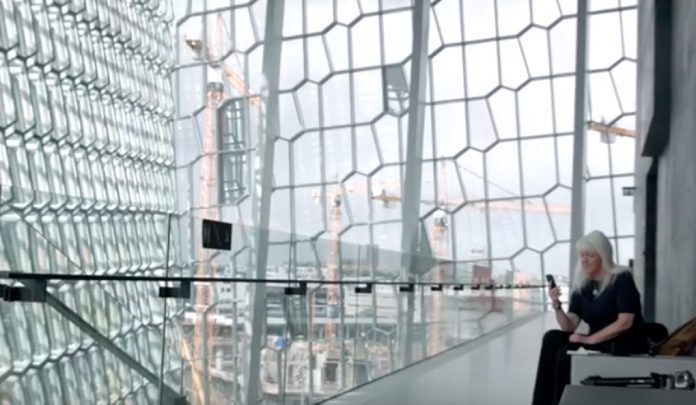 By Irene McEwanYes Berwickshire recently hosted an evening with the journalist and broadcaster, Lesley Riddoch which included the showing of her Nation 2 film, Iceland: the extreme nation. It is an astonishing film which is shown below and should be viewed by every Scot. It gave our audience an insight to the present day life of Iceland, its almost unique natural phenomena and its past history.Clearly this is a country that despite its small population but perhaps because of its physical position in the northern part of the world, has stood firm in its support of its land and its people. Difficulties have been countered, turned on their heads and worked for the people of Iceland to succeed. Confidence abounds.As Lesley says at the beginning of the film Scotland is changing. We only need to look around us to create a brighter future and there are several small nations who have learned to think big. The Icelanders have shown how they have faced up to challenges and succeeded.They have a volcanic landscape; they can experience daily earthquakes. They tackle the problems arising from eruptions by getting on with road repairs as the earth’s surface moves. They have used all their resources to benefit their people such as using geothermal energy for heating homes and extensive glass houses to grow fruit all year round.  Their extraordinary bleak yet beautiful landscape is much appreciated by film makers and an increasing number of tourists.Icelanders have fully engaged with the modern digital world and the benefits for business and commerce and enjoy the diversity of their various broadcasting services. Though small in population they are making a name for themselves in music, art, drama and in some very good literature, building upon a history from the Icelandic sagas. Iceland has joined and contributed to Nordic noir with the recent screening of Trapped  even though they do not have a crime rate!I was particularly impressed with those whom Lesley interviewed. Each person spoke with wisdom,  polite authority and knowledge of their people and land. The fact that they chose to jail those who had corrupted the country’s financial situation and then created a Constitution Council of Icelanders to decide on a new constitution for their country has to be much admired. Iceland’s recovery from what must have been a devastating situation into a re-energised politically aware nation must be admired.Nation 1 on the Faroes can be viewed here Phantom Power Films is currently working on NATION 3 filmed in Norway to be released shortly.