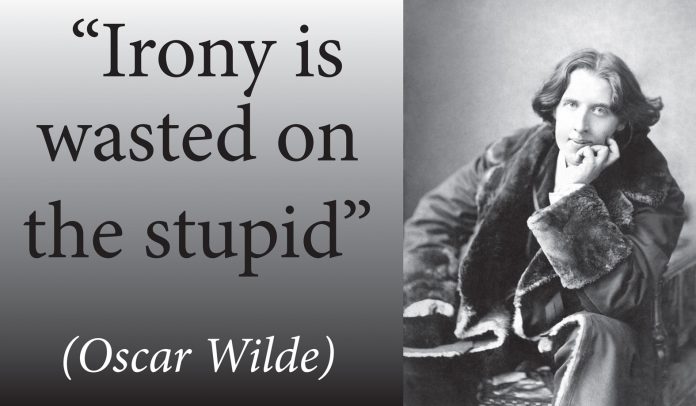 Fans of popular music will be aware of Alanis Morissette’s 1996 angst-ridden classic song “Ironic”, in which the Canadian-American alt-rocker rather spoils a catchy tune by betraying a quite embarrassing lack of understanding of what irony actually is. Which is, when you think about it, rather ironic. She sings about the irony of “meeting the man of my dreams and then seeing his beautiful wife”, and of “rain on your wedding day”. But of course there’s nothing remotely ironic going on here. In the first instance, it’s unlucky but that’s life, Alanis. You’re a lovely looking lassie and there’s plenty more fish in the sea. As for the second part, rain when you’re getting married is just a bit of a bummer. Or, as we call it in Scotland, the summer. 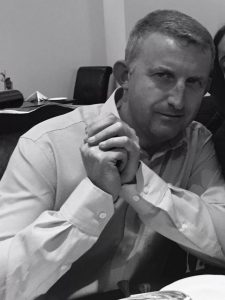 All of which went through my mind last week while crossing the Pentland Firth of the way to Orkney for a few days of meetings culminating in a Burns Supper in Kirkwall. These are the idle thoughts that occur when you’ve got an eight hour drive from Stranraer. But the bigger questions are never far away, either. For all I know, Alanis still doesn’t understand the concept but for for those of us who follow the constitutional debate, the conceit abounds. Perhaps she needs to book the Hydro and do a couple of gigs. In modern Scotland, irony is everywhere. And nearly all of it is Tory in nature.

If you’re going to have a moment of clarity, an epiphany, a lightbulb moment, the Pentland Firth is, I suppose, as good a place as any. I’d been struggling to understand the position of the dirty dozen, the thirteen Britnat Tories in Scotland, over the Withdrawal Bill. To allow the bill to pass into the Lords, unfettered, unamended and without any protections for the Devolution Settlement seemed baffling. For one thing, the withdrawal bill was still going ahead. Secondly, there was surely a big PR opportunity for the Britnat Scots, a chance to actually gain some Brownie points by – for once – standing up for Scotland, as Ruth Davidson had promised. That, however, was before the (for the Conservatives) catastrophic virtual defeat of the June 2017 snap election which meant that they couldn’t form a government or get anything through without the meek and total compliance of the thirteen, which explains why they have voted with Westminster on absolutely everything, even when – in the case of Brexit – it was clearly against the wishes of their constituents who voted overwhelmingly to stay within the EU or, at the very least, to stay within the single market. This much we know.

The unamended withdrawal bill represents a sea-change, however. This feels like a step change from simply putting party loyalty ahead of constituency need (morally indefensible, but hardly surprising) to actively undermining the Scottish Parliament and the central idea of Scottish Democracy itself (deeply alarming). It seems unlikely, but not if you apply the logic of Sherlock Holmes. “Eliminate the impossible”, wrote Sir Arthur Conan Doyle, “and whatever’s left, however improbable, is the answer”. Some people are surprised that Tories are trying to undermine Scottish Democracy. Frankly, given that this describes their raison d’etre, I’d be astonished if they weren’t. The first way to deal with a problem is to recognise that there is a problem. Only then can we start to do something about it. So we need to get organised. Now.

Channel your inner Sherlock here. It isn’t impossible and there are no other plausible theories so it is, ipso-facto, the answer. Think about it. If you wanted a cliff-edge Brexit, the last thing you’d want would be a Scottish (or Welsh, or Northern Irish) Parliament) with the powers to delay, amend, and thwart. You’d use the trump card of the Supreme Court judgement to remind those parliaments that their powers were lent, not given. That power devolved is power retained. You’d be mad to even consider repatriating EU powers when your modus-operandus to destroy devolved democracy and then occupy the ruins. You’d take back as much power as possible and then tell the world what a waste of money these pretendy parliaments are, when they inevitably fail, and then you’d contact your pals in the Daily Mail to start a campaign to close them. You’d burn down the house and then occupy the ruins, and although the house would be a bit of an eyesore at least you could now frack for the shale beneath it and make a down-payment on the Brexit Mortgage. Then, happily delivered from all that divisive and tiresome constitutional stuff, we’d pour ourselves a beer and watch the royal wedding. That’s it. This is what voting No gets you.

This, lovely Alanis, is real irony. Irony is every incorporationist in Scotland and beyond lecturing people like me and the good folk I met in Kirkwall on Saturday to respect a referendum result that was predicated on many falsehoods – not least that our No votes were needed to keep us in the EU, yet who are at best comfortable and, at worst, viciously gleeful at a British State driving a coach and horses through an even more fundamental decision – devolution itself. This, Alanis, is irony on stilts.

But it’s not the only one. The other one can be found in the reactions from either side of the constitutional debate to the 2014 result. As I said in Kirkwall last Friday, I fear that one side of that debate has reflected on the previous campaign, been honest about where it went wrong, and triangulated its vote whilst building a war chest and planning for a campaign well in advance of the starting gun being fired. One side only has done all this. And it isn’t us. The truth is that every action since 2014 – project fear, Scotland in Union, the power grab, a vicious media campaign – has been designed to create the conditions whereby Scotland can never go for independence again. So the second irony is that we’ve been browbeaten into shelving the constitutional question and getting on with the day job (and doing it well, incidentally) by people whose only concern is the preservation of the Union by any means available. But the clock is ticking, and we need to be ready – particularly, as I suspect – the Repeal Bill is brought forward in response to the leaked Treasury impact figures which – ironically – are broadly similar to those published by the Scottish Government many months previously.

And, finally, we should reflect on this. Many No voters said in 2014 that they were voting No because they didn’t want change. And yet, strikingly, the anti-change vote led to perhaps the greatest period of flux in the modern history of these isles. For Scotland, this is change that we didn’t vote for and change that we have, legally, constitutionally and practically, absolutely zero control over. And let me say this again: without our independence, we never will.

Theresa May, like David Cameron before her, likes to talk about a precious union, a family of nations. And yet it is the unionist failure to engage with the members of that family, its utter failure to engage and its sneering contempt, that means that the Union will soon be dead. Not because of those of us who consider Scotland their country and something worth fighting for, but because of those who believe in neither of those things. And that, dear Alanis, truly is ironic.

Newsnet is delighted to welcome Alec Ross. A regular writer for The Orkney News, Alec’s articles will benefit both Newsnet and bring the output of this talented writer to a wider audience. Alec is based in Stranraer, where he grew up on the family farm, run today by his father and brother. Alec runs Biocell Agri Ltd, which supplies micro-biology products for livestock farmers across the British Isles. He is Chairman of Farming for Yes.

Thanks go to Fiona Grahame, Editor of The Orkney News.

Brexit impact expectations: only in a darkened room