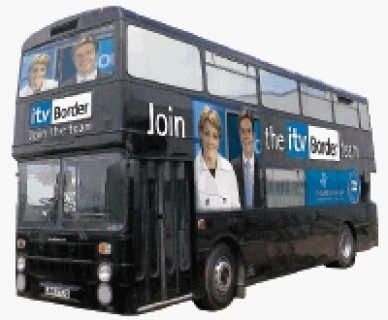 McAlpine had claimed bias on the basis that an interview with her regarding Ashcroft poll predictions covering two Westminster seats in the region had been cut to just 18 seconds of an 8-minute edited report.

She complained also about not being asked about a third Borders seat, even though other party representatives had made comment about it.

A response sent to the SNP MSP today from ITV Border managing editor Catherine Houlihan and provided to Newsnet.scot by the channel dismissed the specific complaints mainly on the grounds that the report was about the gloomy outlook for the parties currently holding the Borders seats (Labour and Conservative).

The Ashcroft poll indicated a massive growth in support for the SNP and the real prospect of at least two and possibly all three of the seats being gained by the party.

Houlihan argues that the story last week was about Labour’s potential “wipe out” in Scotland and the implications for it and the other UK parties. She says in her letter that an added section with Kezia Dugdale MSP was included as a preview of the Scottish Labour sping conference, which took place in Edinburgh last weekend.

Houlihan expects similar preview coverage to be broadcast by her channel before the SNP conference at the end of this month.

Her letter to McAlpine is as follows:

“I am sorry that you felt that the item on the latest Ashcroft polling was unbalanced.

“Firstly, the length of your filmed contribution as SNP representative did not mean that the SNP only received “18 seconds out of 8 minutes” in the programme. The whole thrust of this report was about the growth in SNP support in the south of Scotland, and the potential impact that might have on incumbent candidates from other parties.

“Based on the poll data, the entire narrative was around the suggestion that this election could see Labour no longer the dominant party in Scotland in terms of Westminster representation, that the Liberal Democrats were facing the possibility of a “wipeout” in their support in Scotland, and that support for the SNP was now ‘neck and neck’ in the sole Conservative seat in Scotland.

“It was only natural that the challenge that these poll results represented to the other parties were put to them for comment, and particularly the challenge posed to Labour in Scotland. As a result more time overall was spent on them defending their positions. Nevertheless I think your comments represented the position of the SNP very concisely, and that all significant views were represented.

“Kezia Dugdale was interviewed to preview the Scottish Labour Party Conference and a similar opportunity will be offered to the SNP ahead of their campaign conference at the end of the month.

“Once the formal election period begins on 30 March, there will inevitably be episodes of Representing Border where more minutage may be devoted to one party than another, to allow for robust interviewing wherever it is required. As you know, mathematical equality of time on screen is not a requirement for due impartiality to be maintained. We are confident that our programming will be balanced over the course of the campaign and across all of our news and current affairs coverage.”

The original ITV Border report from Thursday, March 5, can be viewed here.

In these porcine times, who waits in the wings: Boris or Gideon? 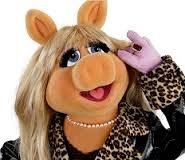 In these porcine times, who waits in the wings: Boris or...