Scots’ cultural cringe is such, in the past anyway, that we were pathetically grateful for any word of praise, any hint of recognition. An internationally famous figure with Scottish roots was claimed as our own. We even put up a plaque commemorating the patch of asphalt Elvis stood on waiting for a plane at Prestwick.

A new book coming out on Luath Press by Ian Thomson, Jules Verne in Scotland, examines a more substantial and long-lived engagement with Caledonia by one of 19th-century France’s most famous men of letters.

Jules Verne first came to Scotland in August 1859. Verne had grown up reading Sir Walter Scott, whose work he idolised. Verne was inclined to like Scott because his mother claimed as an ancestor a 15th-century Scot who had joined a French regiment.

At the time of his first visit, Verne was a struggling young author; he was 31-years-old and yet to write the books that we still know him for today: 30,000 Leagues Under The Sea, Around The World In Eighty Days and Journey To The Centre Of The Earth. These books formed part of a series that became known as Les Voyages Extraordinaires; although not as fantastical as the journeys undertaken by Phileas Fogg and Captain Nemo, Verne’s time in Scotland was to have an extraordinary effect on his later writings.

We know a great deal about Verne’s trip to Scotland because he wrote a short book about it, Backwards To Britain. The first stop on his Scottish odyssey was Edinburgh, where his train pulled in on Friday 26th August, 1859. Verne expected to be able to navigate his way round Edinburgh based on his knowledge of Scott. He enjoyed the life and look, the noise and the coffee shops, of the Old Town; conversely, his romantic sensibility wasn’t taken by the more-ordered New Town. What truly impressed him was the view from Salisbury Crags, so much so he included the panoramic view of Edinburgh that the peak provides in two future novels.

After a day in Glasgow, Verne took a steamer north to the Trossachs and the Highlands, both of which exceeded his hopes. He was particularly taken with Loch Katrine, which features in Verne’s beloved Scott’s poem The Lady of the Lake. The atmosphere penetrated his imagination, bearing fruit some years later when he set his novel The Underground City on the loch and nearby Aberfoyle.

Although the trip was short-lived, Verne’s experience of Scotland lived forever in his memory, sparking scenes and plots in future works. Indeed, it partly inspired his first success. 1862 saw the publication of Five Weeks in a Balloon, an adventure story involving a hot-air balloon trip over Africa. One of this ripping yarn’s chief characters is Dick Kennedy, a doughty Scot, a character type Verne was much drawn to. Verne wrote, ‘Dick Kennedy was Scottish in the full sense of the word, open, resolute and stubborn. He lived in the small town of Leith, near to Edinburgh, virtually a suburb of “Auld Reekie”.’

Five Weeks in a Balloon was not to be the last time Scotland appeared Verne’s work, according to Thomson. Scotland figures again in: The Blockade Runners, which has an American Civil War plot; The Children of Captain Grant, where the son and daughter of a missing Scottish sailor travel the world looking for him; The Underground City, the mysterious tale of sinister goings-on in a coal mine; The Green Ray, a Scottish-set love story; and The Fabulous Adventures of Master Antifer, a global treasure hunt with an episode in Edinburgh.

Verne himself returned to Scotland twenty years later, in July of 1879. Whereas on his first visit, he arrived in the capital by train, in a second class compartment, he returned to Edinburgh on his own yacht, which was manned by a crew of ten. His brief visit decades earlier had enriched the young Verne’s imagination, which in turn had literally enriched him. Thomson’s book tells the never-less-than-interesting story of one of Scotland’s greatest fans. 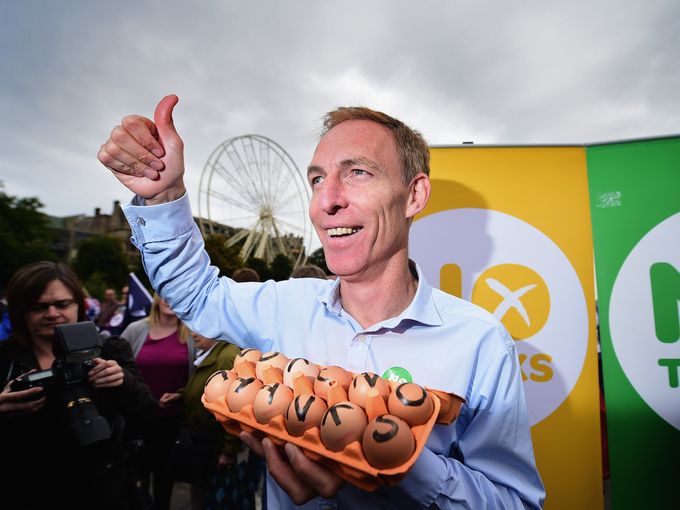