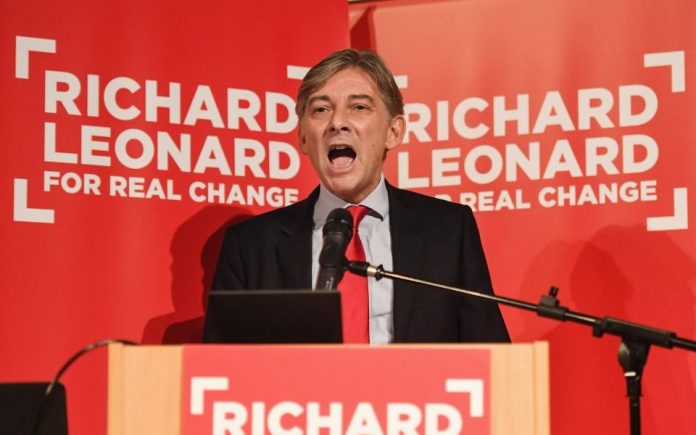 The media has been positively bursting with bad news stories about the SNP government over the holiday period. Expose after expose has covered the front pages and filled the bulletins with a wearying persistence. You’d think the country was going to the dogs what with single-staffed ambulances, Scots missing out on tax credits and violence against shop workers on the rise – stories often based on Freedom of Information Requests and always contriving to make the SNP the culprit.

What has been striking is the repetitive nature of the day-by-day shock horror output, all written with similar phrases and all with the same simple narrative of SNP bad.

You’d almost think it was planned. Well, it was.

The Labour Party has been doing the media’s job for it by spending the summer preparing a long list of negative news stories to feed out daily to the journalists. In keeping with the cosy friendship they enjoy, it is called the ‘Scottish Labour Christmas Box – Stories for the many, not the few.’ Ha, ha. Merry Christmas, comrades.

As you’ll see below the entire holiday is mapped out for the journalists of the brave Scottish media so they can fill their papers with politically-motivated news without having to lift a finger. And, in some cases, that’s exactly what happens. They don’t even bother to rewrite or check the information – just bung it in. It’s called journalism. If you read down to the bottom of the page you’ll even see the stories you’re about to read in coming days.

I write every Christmas how stories appear in the media from interest groups like the teachers and the doctors. This works by the press office of each organisation, recognising that reporters go off on holiday and news is tight, arranging weeks in advance with journalists to release ‘stories’ (always in the interests of that organisation, obviously) on a pre-arranged day. They are guaranteed space and uncritical coverage and the journalist gets a story without trying.

This year Labour has taken this to a new level. It may be that this is now common practice among the parties but it is certainly revealing. It demonstrates how utterly corruptible our media in Scotland is by self-interested bodies who plan, invest a little time and mimic basic journalistic style. Essentially it means that political parties can write the newspapers while the journalists we pay to disseminate, dissect and define the news, abrogate their responsibility.

Below is a planning grid created by the Labour Party and utilised widely by the Scottish media with whom they are complicit. It isn’t the newspapers or broadcasters who are deciding what news you will get. It’s the Labour Press Office.

It doesn’t of course mean we shouldn’t know of the stories and there is no way a guilty government should escape responsibility but it does colour your perception when you know this is all politically motivated and the news outlets you trust are allowing themselves to be used as patsies. In fact, the real ‘story’ here is one that will never be written – except here of course – that Scotland’s once proud media is now merely a conduit for partisan politicking instead of a defender of truth. No editor can buy into this organised charade and maintain his professional integrity.

Knowing what he does, it is incumbent on him to add to every such article: This story is part of a political campaign by the Labour Party and was largely written by Labour Party staff.

Offering the media an embargoed story is one thing. Lining up an entire two week news agenda in which journalists conspire is quite another. It makes them puppets.

Such is the poor staffing levels and dismal quality of so much of the media today that they are prone to this kind of corruption. (I have to say to Labour – Well done. You’ve scored a real coup and made monkeys out of the media).

Lastly there is another issue here that should concern real journalists. Some of the information gleaned is so old, it is out of date and was only relevant at the time of the FOI, therefore it is likely to be misleading readers. But, hey, checking facts and independent action – that’s just old-fashioned journalism.

Here’s an example of the Labour spin machine’s releases for the holiday period, all suitably embargoed. I’ve posted several more on my blog.

The Winter Fuel Payment, introduced by the last Labour government, has been worth nearly £4 billion to Scotland’s pensioners.

Analysis from Scottish Labour, confirmed by the Scottish Parliament Information Centre (SPICe), shows that the total value of the payments to Scotland’s pensioners has been worth £3.7 billion since they were introduced.

Labour highlighted the value after a year in which the Winter Fuel Payment had been threatened with the axe by both the Tories and the SNP.

Theresa May’s manifesto for the General Election included a commitment to means testing the payment, forcing Ruth Davidson into a pledge that the Tories would keep it universal in Scotland.

The Tories eventually had to drop the commitment completely following their confidence and supply arrangement with the Democratic Unionist Party.

Meanwhile, the approach of the SNP in drafting laws for Scotland’s new social security system leaves the door open for means testing. Labour have now instructed Parliamentary officials to draft amendments which would prevent the Scottish Government from means testing the payment.

“The Winter Fuel Payment has been worth billions to Scottish pensioners since it was first introduced by the last Labour government but we cannot take for granted that the payment will always be protected.

“The SNP government has drafted legislation to set up a social security agency that leaves the door open for means testing, and only Labour can be trusted to protect it under Scotland’s new social security system.

“Meanwhile the Tories were planning to mean test it in the rest of the UK before Theresa May’s disastrous campaign backfired.

“Labour’s better deal for pensioners means we will protect the winter fuel payment, the triple lock on the state pension, and the free bus pass. People who have paid into the system all their lives deserve something back.”

Winter Fuel payment worth a cumulative £3.7 billion to Scotland since it was introduced, based on labour analysis of figures available at            https://www.gov.uk/government/uploads/system/uploads/attachment_data/file/554070/benefit-expenditure-by-country-and-region-2015-16.xlsx

These are dangerous times in a campaign heading the wrong way

Euro-referendum ponderings from the Gazebo of Hate