Scottish Lib Dem leader Willie Rennie has come under fire after launching an attack on the organisation which represents Scotland’s charities, describing the SCVO as a “front organisation” for the SNP Government.

Mr Rennie (pictured) was accused of behaving in a “illiberal and undemocratic” manner after he suggested Martin Sime, chief executive of the Scottish Council for Voluntary Organisations, should consider resigning because the Charity Chief’s constitutional views were different from Mr Rennie’s party.

Mr Rennie launched the attack after Mr Sime was sent an email by Alex Bell, an adviser to First Minister Alex Salmond.  The email drew Mr Sime’s attention to a publicly available poll showing a majority of members of the Unite trade union favoured a ‘more powers’ question on the referendum ballot.

Commenting on Mr Rennie’s outburst, a spokesman for the SNP said It was “illiberal and undemocratic” for Rennie to suggest that someone should lose their job for engaging in the constitutional debate.

SNP MSP Stewart Maxwell has described the Lib Dem front man’s stance as one that suggests his party do not intend to allow any constitutional debate ahead of the referendum, for fear of what they might hear.

“This outburst from Willie Rennie is both illiberal and undemocratic.  He is basically saying that no one should be allowed to have any debate or engagement on Scotland’s constitutional future, unless they agree with the Lib Dems.

“Of course, the irony is that Willie Rennie’s Lib Dems claim to support significantly more powers for the Scottish Parliament – and Mr Rennie has even set up a Home Rule Commission to look at this.

“But in reality, Willie Rennie and his Tory allies are offering Scotland nothing, and it is in fact Willie Rennie that is the ‘frontman’ – for the Tories in Scotland.

“This outburst against a respected public figure sets a terrible precedent for how anyone else who wants to take part in shaping Scotland’s constitutional future will be treated by the Lib Dems.

“The more the Lib Dems and other anti-independence parties try to silence any debate on the constitution, the more people in Scotland will be inclined to support independence.”

This is not the first time Mr Rennie has attacked the SCVO Chief.  Last summer the Scottish Lib Dem leader accused Mr Sime of working to the SNP’s agenda after the Charity Chief commented on a survey.

Commenting on the results of a poll conducted last June, Mr Sime said: “It is pretty clear that people want some kind of home rule.  There’s a strong majority against defence and foreign affairs, but people want control over domestic policy.

However, Mr Sime was attacked by the Scottish Lib Dem leader who said: “I think Martin Sime has overstepped the mark and I think there is a danger of threatening the independence of the SCVO.

“There are increasing suspicions that he is working closely with the Scottish Government on this agenda.”

Mr Rennie’s claims were dismissed by Mr Sime who insisted he was “not a cheerleader for the SNP” and added: “The politicians ought to keep all the options open, rather than rushing into their yes/no camps.” 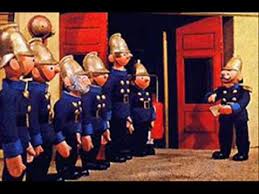 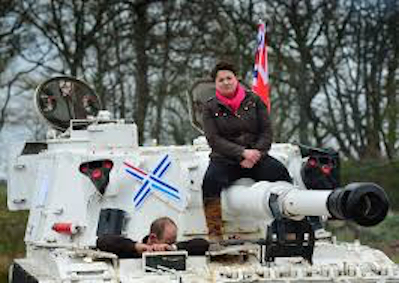 The Tory dilemma: Attacking SNP whilst having to defend Cameron and Westminster