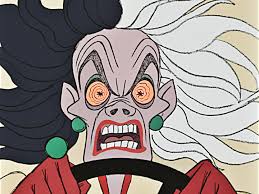 This week, Newsnet’s oldest cub reporter, Citizen Cuddis, blows the lid off the realpolitik biscuit barrel to reveal a Jammy Dodger of scandal at the very apex of the walnut whip of government.

Through a technique known as ‘The Wullie’, named for LibDem supremo and tory party fellow traveller, Wullie Rennie, our man used a combination of inference, innuendo, downright lies and wild-assed guesswork to establish the ‘facts’ on which this expose is loosely based (Factually, this piece is slacker than Granpaw Broon’s falsers, Ed.)

The Cudd takes up the story…

Treeza May’s wanton and systematic destruction of the Welfare State continues unabated as the panzerkraftwagens of the tories’ parliamentary war machine wage blitzkrieg on those with mobility scooters who don’t really deserve them. The only way the PM can do this and sleep at night, is to knock her conscience spark out with a bedtime Mickey Finn. The Mickey in question, I can now reveal, without a shred of evidence, is the horse-incapacitating drug, Ketamine.

For a packet of Old Holborn, Dr Klaus Vier, director of the Heedrum-Hodrum Collider in Paisley, explained the ins and outs of Ketamine use to me.

‘Ketamine is a powerful anaesthetic,’ the professor said. ‘To simulate the numbing effect of Ketamine, you’d need to buy a terrace ticket for a Cowdenbeath v Berwick Rangers mid-February night game and watch the game in your bare feet, wearing only a cotton T-shirt and Bermuda shorts. A teaspoon of this veterinary tranquilliser is enough, in the blink of an eye, to make a runaway milkman’s horse collapse like Devon Loch in the 1956 Grand National.

Is it possible that Treeza, each day, takes just enough of this substance to suppress her sense of shame? While she dips the ladle of despair most mightily into the soup pot of austerity and tips yet another splash of cock-a-leekie flavoured misery into the begging bowl of anyone with a net disposable monthly income of less than five grand.’ (Steady on Cudd, you’ll peak too early. Ed.)

Professor Vier certainly thought so. But as he himself pointed out, ‘This is a tale of not one drug, but two.’ Barely credible sources close to key influencers of those in the know, reveal that persons unknown removed Treeza’s Ketamine stash and replaced it with truth serum.

The prof — ever willing to use analogy to popularise science — offered another of his practical experiments, this one to demonstrate the side-effects of truth serum.

‘This drug will make the user talkative and truthful; victims revert to who they really are. But there’s a downside. The side-effects can be more disorientating than watching a UKIP Party Political Broadcast. You can approximate the mind-scrambling side effects of truth serum,’ said the professor, ‘by staying up all night, playing Pink Floyd records backwards at full volume until the latest GERS figures appear to make sense.’

The result of the drug swap was Treeza’a most candid interview ever.

The overwhelming desire to be honest hit the prime minister in the middle of an interview on the BBC’s new flagship current affairs programme: Three Cheers For the Establishment, fronted by Andrew Marr. The show is themed around the badgering of pro-independence politicians with ludicrously mis-interpreted yoon statistics.

Predictably, the interview was too hot for the MSM to handle. It was never broadcast. And the footage was spirited away by grey people with naught but the Westminster government’s interests at heart. Ye may know them by their dark name — The Liberal Democrats (I warned you about this Cudd, now where’s my red pencil? Ed.)

Luckily, someone left a copy of the transcript on the bus and I got off at the next stop with it tucked in my oxter. It clearly shows a shift in personality as the truth serum kicks in.

‘Three Cheers For the Establishment!’ With Andrew Marr

A twice weekly current affairs programme from the BBC

‘Welcome to Three Cheers For the Establishment your majesty. Could we get the sound bites and hackneyed catch-phrases out of the way first?’

‘Not really, Andy. And I say that because what the country needs right now is a bunch of strong: Strong leadership. Strong government. We are the only party that can prevent the coalition of colossally chaotic calumny that will result from anyone else getting into power. Anyway, nice to see you. To see you, nice.’

‘My pleasure your highness.’

‘Actually, you’re lucky to have me here today, Andy. I’ve been up in rural Scotchland pretending to engage with the hoi polloi in banter about chickens and turnips. When in fact I was being interviewed by that Ruth Harrison character — do you know him? He’s a big noise up Auld Reekie way, I hear.’

Had to cut the trip short. Some of the local serfs broke through the security cordon and started asking tricky questions, like ‘Why, if I have a full time job, am I queuing for two hours each evening for a tin of Aldi’s out of code hot-dog sausages and a loaf of stale bread to keep the kids from starving to death?’

I can see how tricky that must have been, your excellency. But isn’t in-work poverty an unintended consequence of your austerity programme?

‘Unintended! There nothing unintended about it. It’s part of our long term plan for global England.’

‘Okay, but is the plight of the Just-About-Ready-To-Top-Themselves down to Brexit then? A few months ago, you hoodwinked the British people into giving Johnny Furriner the bum’s rush in order to forge ‘a new shape for our country’. Given that the pound is sinking faster than a bowling bowl dropped into the Marianas Trench from the International Space Station isn’t your global England going to be pear shaped?’

‘Let me be clear. You get nothing for a pair in this game. We will have the Great British muffin buttered on both sides. We’ll take to the skies on the flying carpet of Brexit on our way to create the Rod Hull and Emu of global economies. Then we’ll tell Guy Verhoffenstuffer and Michel Barnier and all their garlic-munching, fishwife-gossiping, snail-gobbling cohorts in Euroland that they’ve all got rubbish names and couldn’t negotiate for toffee—Shut that door!

MARR And that will help us get the best possible Brexit deal, how?

TREEZA I’ve made this very clear. The topography of post-Brexit Britain could be Toblerone shaped for all I care. The point is that the people of our precious union voted to leave the EU with their eyes wide open—

‘—except they also had their Y-fronts round their ankles, and their buttocks parted in readiness for the heftiest 27-country rogering since records began.’

(Treeza squirms in her seat, tucking at her blouse. There’s a long pause during which her mouth sags open and her eyes squidge into a glassy, unfocused, 1000 yard stare. She looks like a myopic gurner. This look is usually reserved for scolding Boris. She squirms again, more ostentatiously this time. Her mouth closes and her eyes appear to re-focus. The truth serum has kicked in. She tugs more violently at her blouse.)

‘Never buy an underwire bra, Andy, it’ll scar you for life. The only thing that’s taking my mind off the discomfort is that my thong’s right up the crack of my arse. Lynton gave me a wedgie before I came on air. The bastard!’

(She rummages in her handbag, removes a crumpled, almost full cone of congealed chips. She tilts the cone in Andrew Marr’s direction. ‘Ever tried one of these hoors?’ she asks. Marr looks as if he’d has just sat down on a whoopee cushion.)

‘Apparently, the great unwashed live on these. Can you imagine? Lynton told me about it. Chips they call them. Couldn’t get one down my neck. Nearly got the dry boak. You know what Andy? I Hope we don’t head up Yarmouth way any time soon! I told Lynton, the dirty bastards eat whelks up there. It’s not human. I’d rather give Boris a French kiss than swallow a whelk.’

(She pulls a crush proof pack of 20 Benson and Hedges out of her jacket pocket, taps one out and lights up. She blows smoke in Andrew Marr’s face.)

‘Nobody knows where he is you know. Boris I mean. He’ll be abroad somewhere, with his belly spilling over the waistband of his jogging pants, peering out with his Benny Hill eyes from under that mini-haystack he calls a hairstyle, filling potential investors heads with mince about Britain being a home to the pioneers and innovators who will shape a future global England.’

‘He’s always doing it. Promising a return to the tin-plated days of British Invention: Sir Christopher Cockerell and his Wonderfully Hovering Craft. Sir Clive Sinclair’s ZX Spectrum, and his electrical transport of delight, the C5. Good lord. The C5! You’d be less conspicuous driving around Knightsbridge in Thunderbird 2.’

‘The last I heard, his company’s making a really British invention — a bicycle that folds up small enough to put in a Lidl’s ‘Bag For Life’. What a waste of frigging time. The only advantage I can see is that it’s small footprint makes it light enough to throw into a canal with one hand while hailing a black cab with the other.’

‘I want a truly global Britain – besties to our European partners, but a country that reaches beyond the borders of Europe too.

(She takes a hard draw on her Benson and Hedges).

‘I want a country that harks back to the halcyon days of Empire when everyone had at least one moustache and even the women dressed like Isambard Kingdom Brunel.’

‘Who’s going to stop me? Corbyn refuses to nuke the innocent; the wimp and his party is going the way of the Woolly Mammoth. The SNP would feed our precious union through the shredder. Of course, we fixed their wagon real good. Pissed on their brogues and told them it was raining. Gave them just enough powers to get themselves into debt. Then accused them of not growing the economy. Classic! Cram the SNP into a straight-jacket, plunk them down at a piano and insist they play Rachmaninov’s prelude in C# minor. What with? Their forehead?

(She is seized by a 50-a-day cough that, judging by a sudden, noticeable sagging, snaps both bra straps simultaneously.’

‘Christ, that’s better! I can breathe now. Successful Brexit? I should cocoa — Charles Hawtrey would have had a better chance carrying the Dinnie Stanes across the Potarch bridge.

So, let’s keep presenting the alternative facts. It’s all we’ve got. Barnier, the bolt!