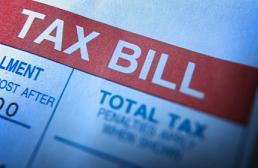 Policy plans published by Labour in a report this weekend reveal a tax double whammy and a massive black hole in their spending plans even before other announcements are added, the SNP have claimed.

This latest tax bombshell, which will cost Scottish tax payers an additional £3000, comes after Labour confirmed they would seek to increase Council Tax in Scotland.

Figures published by the SNP indicate that in order to pay for this new wish-list of pledges, including free newspapers for all 18 year olds, Labour would hit every Scottish household with an additional tax bombshell of almost £3,000 over the course of the next Parliament.

Their new policy proposals, detailed in the report by their Scottish Policy Forum and adopted by their annual conference, include no funding details.  These initial calculations suggest that in order to fill their budget black hole Labour would need to use their ‘Calman Tax’ proposal in order to hike Scottish income taxes by 5p in the pound.

Key proposals and Costs include:

Labour front benchers were members of the individual policy groups and Iain Gray says in the report introduction: “This document is not a costed list of policies”.  When interviewed yesterday on BBC Scotland Labour Finance Spokesman Andy Kerr was unable to explain how Labour would fund their pre-election pledges.

“Labour plan to hit households and pensioners with a multi-billion pound tax bill to pay for their uncosted wish-list.

“Only the Labour party could think it acceptable to put forward plans that will cost every Scottish household £3000.   After ruining the UK economy they are planning to ruin the economies of every home in Scotland.

“Now we know exactly what Labour mean about imposing a ‘basket of taxes’ on the people of Scotland.  They have produced a £1.7 billion uncosted wish-list of spending pledges at a time when Scotland is dealing with the wreckage Labour caused to the public finances.  This document exposes Labour’s election campaign as a basket case.”

Mr Robertson claimed that a Labour victory would see Scots tax bills go “through the roof”.  The SNP MP suggested that pledges could not be made on merit alone in such tight financial times and that there needs to be an explanation of how they will be paid for.

“If Labour are elected they will push Scottish tax bills through the roof. This is yet another case of head in the sand economics from Labour and Iain Gray.

“The SNP has consistently opposed the Calman Tax as unhelpful and damaging to Scotland’s economy.  Labour have been desperate for the Calman tax so they can raise it.

“There may well be merit in some of Labour’s ideas but in these tight financial times it is irresponsible to put them forward without clear ideas on how to pay for them.

“All these costs come on top of the £1.3 billion cut from Westminster that Labour are clearly expecting the public to pay for.

“While the SNP is working hard to protect family incomes with plans for a Council Tax freeze for the next two years, Labour want to increase Council Tax and hike income tax by up by 5p.

“Voters now face a simple choice next May between an irresponsible Labour party looking to hit household budgets and an SNP with a track record of protecting family incomes and a commitment to work together with people across Scotland through the tough times ahead.”

Labour might not scrap Bedroom Tax as Duncan Smith comes under...

Scottish households facing hike in bills due to energy gap in...