Russell Bruce presents his analysis of Theresa’s May’s much-vaunted speech on Europe, and asks what it really tells us about Tory Brexit strategy

Lots of warm words from Theresa May for the European Union and how important it was for the UK that the EU continued to be successful. May’s government wants to move forward in continuing cooperation. Then came the threat that the UK would go for self-immolation if it did not get what it wanted. 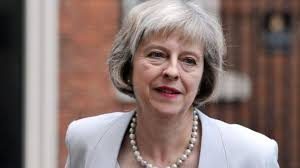 So the UK is leaving the EU, will not be in the Single Market or the Customs Union. No bits. All out of everything. UK on its own, no European Court of Justice to make decisions May doesn’t like, UK gets to decide who can live here and what happens to EU citizens living here – already being targeted illegally, as we remain an EU member until cold hard Brexit.

Finally May has got the message that free movement was a core principle and red line for the EU. So she set out a plan to achieve a deal that provides just about all the benefits of membership when the UK leaves and ceases to contribute to the EU budget. Perhaps a few pounds for projects she likes. That will be a ‘bit’ then.

But the UK might go for ‘bits’ of the customs union. Thought there were to be no bits.

The real hoot was the Global Britain stuff. An isolated island group made up of 4 nations and 3 crown dependences, two of which have different ideas of the way forward, does not suddenly acquire global significance and influence.

Britain is dependent on imports so it does need trading partners. As May is in the process of leaving the world’s largest trading union and the 50 free trade agreements currently enjoyed, how does it protect itself and home industries from the dumping of major producers surplus outputs? More important how does it ensure there are no trade barriers and tariffs for Britain’s exporters?

Britain’s import export imbalance and trading underperformance is well understood internationally, even if May’s government is incapable of understanding its implications for negotiations.

Researchers at The National Institute of Social and Economic Research (NIESR) produced some early helpful thoughts in an attempt to raise awareness of the degree of complication and uncertainty May is blindly heading towards.

Professor Jaglit Chadha said: “It is worth noting that as soon as the UK establishes its independent WTO status, we would lose automatic access to the EU’s trade agreements with 50 countries. The UK would be confronted with a large number of trade agreements to negotiate, where the ones with the WTO and the EU will be the most pressing. The increases in the UK’s total trade from agreeing FTAs have been estimated by the Institute to be some 2.0% for the Anglo-Saxon world and some 2.2% for BRICS, which stands against the losses of some 22% of exchanging single market membership for a free trade deal with Europe.”

NIESR’s Associate Research Director, Dr Heather Rolfe, said: “Theresa May says she wants Britain to become ‘a magnet for international talent’ … to attract the ‘brightest and best’… “[S]he [May] made no mention of wider skill and labour needs which are currently met by EU workers through free movement. From our research with employers in sectors such as hospitality, food and drink and construction we are aware of a concern that new immigration policies will restrict their access to labour which has enabled them to expand.”

May’s core agenda is to reduce immigration even if that turns out to be rhetoric rather than reality. Welcoming the brightest is commendable but is that what the English population expected? The agricultural industry has been assured they will have access to labour by May’s ministers.  Very mixed messages buried beneath the xenophobia and damage inflicted on producer industries.

NIESR’s Research Fellow Dr Monique Ebell, said: ‘In today’s speech, Theresa May seems to rule out UK membership in the EU customs union, while claiming to want to maintain frictionless trade with some sort of a ‘customs agreement’. Three comments:

1) Leaving the customs union might disrupt the supply-chains in which UK manufacturing participates. This might particularly affect UK suppliers to the automotive industry in Europe, and UK automakers who rely on imported components from the EU.

2) The main benefit to leaving the customs union is the freedom to negotiate new free trade deals with non-EU countries. Our research shows, however, that the potential benefits are small. On average, NIESR research published in the November issue of the National Institute Economic Review shows that existing non-EU FTAs do nothing to increase trade in services, and are about half as effective at generating goods trade as is the EU single market.

3) The ambition seems to be to maintain frictionless trade without customs checks whilst retaining the freedom to set our own tariffs with non-EU countries. This seems inconsistent. For example: If the UK were to agree to a lower tariff on cars with Korea, then anyone could circumvent the EU’s higher tariff by first importing a Korean car to the UK and then exporting it on – without further customs checks – to the EU. Similarly, setting a higher tariff on Korean cars would be useless, as it could be circumvented by first importing the Korean car to France, and then sending it on to the UK.”

For all the reports of clarity at last, there is nothing different to the direction May was pointing to in months gone by. The threat of a low tax, low wage, deregulated economy in hyper gear is the new element.  Reaction across Europe has shown May’s speech has not gone down well and a poor basis for the productive dialogue she says she hopes for. Der Spiegel headline was “Ich will, Ich will, Ich will”, (I want, I want, I want). Die Welt addressed the Global Britain, pie in the sky, with “Little Britain”.

When the negotiations do not go well it will not be May’s fault. How could it be? She is St Margaret reincarnated. It will be all down to those bloody awkward foreigners. No prizes for writing the Mail and Express headlines to come.

If we have learned little about intentions from May’s speech at Lancaster house perhaps one thing is different – the threats are a new pointer of intention. I think it likely May will trigger Article 50 before the deadline and go for an early ‘no deal’ if she does not get her way. Bugger Scotland. Bugger Northern Ireland. We could be out of the EU before the end of the year.

Scotland could need that holding pen some EU officials have suggested, sooner than we thought.