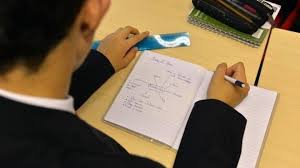 ‘Scots parents ‘turning their back’ on state schools because of new curriculum, says head [of private school]’

These three headlines above were among four in the Glasgow Herald on 8th and 9th June 2016, concerning private schooling. Two, including the editorial, were concerned that our MSPs don’t represent the population as whole, in socio-economic terms. Gender and ethnicity imbalances are matters for another debate. The third article on the 8th was about an alleged drift toward private schools by state school parents frustrated with the Curriculum for Excellence based solely on the impressions of a single private school head while the fourth was about an alleged drift away from that curriculum. There’s more on the these below.

With only around 4% of Scots privately educated, a whopping 20% of MSPs now are, up from 17% in the last parliament. The editorial, ‘Herald View: A parliament that reflects who we really are’ and the report on the research with the above headline did go on to provide more detail on the breakdown across the parties yet failed, for some reason, to reflect this in the headlines. Perhaps the most surprising omission from the headline was this, fourteen paragraphs down, at the very end of the survey-based article and after numerous graphics:

‘The SNP was the party that came closest to representing the population, with under [sic] 10 per cent of its politicians, six of its 63 MSPs, coming through private schools. This included one who won a scholarship to a private school and did not pay fees.’

So the informative headlines, ‘SNP is most representative group in Scottish Parliament’ or ‘Scottish Tories account for increase in privately schooled MSPs’ didn’t appeal.

In the editorial, we only have to read down to the fourth paragraph to find this grudging statement:

‘On the face of it, the SNP would appear to be the most meritocratic party, with under ten per cent of its politicians coming from private schools and some of that will be a genuine reflection of the fact the party recruited many new MSPs from the broad-based Yes campaign. But the proportion of SNP MSPs who were educated privately is still twice the figure for the general population. A closer look at the figures for the SNP and the other parties also reveals that, among those who did not go to private school, many did attend the more successful comprehensives in the most affluent parts of Scotland.’

You couldn’t make up such pathetic scramble to avoid giving the SNP any credit for anything. It’s a wonder we even know about the gender-balanced cabinet. So: ‘The SNP is the most meritocratic party.’

The Herald’s desire for a more egalitarian society and parliament, suggested by these two pieces, can only be applauded by those of us of similar mind, leaving aside their apparent inability to give the SNP credit for anything. However, the other article suggest either a lack of coherence or more again of SNP bashing regardless of the coherence, the ethics or the journalistic standards.

‘Scots parents ‘turning their back’ on state schools because of new curriculum, says head’ is an astonishing piece. Of course, I can’t prove it’s intentional, SNP-bashing, but I can illustrate it’s a good example of shoddy standards in journalism.  Here’s an extract:

‘SCOTTISH parents are turning their backs on state schools as a result of flagship reforms intended to improve classroom standards, the head teacher of a leading private school has said. Cameron Wyllie, principal of George Heriot’s School in Edinburgh, said families coming from comprehensive schools to the private sector in the third year of secondary blamed a lack of challenge for able pupils under Curriculum for Excellence (CfE).”This, almost entirely, comes down to parental dissatisfaction with the broad general education now insisted upon in Scottish schools as part of the CfE package,” he said.’

First, regardless of anything else, why are the opinions of one head teacher given such prominence? I know the headline carefully includes ‘says head’ but that doesn’t justify the decision to present this claim unchallenged when the reporter (Magnus Gardham) only has to look back to his own work to be reminded that it’s not even remotely likely to be true in any wider, newsworthy, sense. As recently as 4th December, 2015, Gardham wrote, under the heading ‘Scottish private schools see pupil numbers fall to record low’:

‘PUPIL numbers at Scottish private schools have reached their lowest level for a decade, new figures show. An official census of the independent sector shows total numbers have dropped six per cent from a high of 32,065 in 2007 to a low of 30,238 in 2015.’

The problem is not just in Scotland either. Across the UK, private schooling is in trouble and that despite its favoured charitable tax status. Here’s a headline from the Economist in 2015:

‘Marked down: As fees rise, fewer parents beyond the capital are choosing to go private’

Taxed fairly, like other businesses, private schools would almost disappear.

The fourth piece on 9th: ‘Scottish private schools shun ‘restrictive’ curriculum reforms’, followed the theme of the previous article but went on to suggest a wider rebellion by the private schools against an oppressive Scottish Government curriculum. It was only late in the article that we were able to read of the emancipatory rather than restrictive, rationale for CfE.

Eileen Prior, executive director of the Scottish Parent Teacher Council, was reported as saying:

‘We have to ask about the purpose of education. It is surely about much more than simply preparing young people to sit and pass exams. Employers tell us often about the attributes they are looking for such as team working, communication, collaboration, problem solving and entrepreneurship and these are part of the reason the broad general education has been supported in principle by many parents.’

We have to ask why are these reports on differences between state and private schools presented, in these reports, primarily as evidence of flaws in the former. The pursuit of narrow outcomes by the private schools is widely rejected by academics and the wider consequences of private schools in reinforcing social divisions and in stifling social mobility, apparently rejected by the Herald in its editorial and report on the number of privately educated MSPs, leads me to wonder what the purpose of the third and fourth reports is other than to further undermine the reputation of the SNP government and any of its works, regardless of any value-based consistency.

OK, back to the MSPs, the SNP is the most meritocratic political party and the Scottish Parliament is less so but why does that matter? Well, it’s clear to most of us that private schooling perpetuates self-centred elites who often care little for the communities they live so well off and help maintain a form of social apartheid.  I’m not blaming those whose parents put them through such an experience. Many of them will have suffered psychologically for their current privileges.  I want to see the system changed so that we all, including the privately educated, benefit from a more meritocratic, fairer, society. It’s even scientifically demonstrated by psychological researchers. See this from Professor Keltner at the University of California:

‘Coming from an upper-class background, defined by greater wealth, education and prestige, costs people in terms of their ability to engage in the thoughts and feelings of others…The capacity to flexibly move from one’s own perspective to the perspectives of others also contributes to more rigorous problem solving, enhanced innovation, more productive negotiations, more sophisticated legal reasoning and even more effective political discourse.’ (Keltner, 2016, page 109)

Also, I think private schooling holds back the prospects for Scottish independence. Here are some examples. The often privately educated UK government leaders, the chief executives of corporations, the media elites scaring pensioners and the chiefs of the financial organisations, sometimes bullying their own workers, who campaigned against independence, may well have scared away potential yes voters. Similarly, privately educated celebrities such as members of the Scotland rugby team actively campaigned for the union.

None of this is new. At the Battle of Falkirk in 1298, the Scottish aristocracy fled the field leaving the peasant foot-soldiers to die. Scotland’s Anglo-Norman warrior elites habitually changed sides during the Wars of Independence. Even in Ancient Greece, as private school classics masters no doubt teach, Greek aristocrats thought nothing of siding with the violent oppressors of their own people (the Persian Empire) if they could benefit materially.

Why won’t Royal College of Nursing release full results of a...