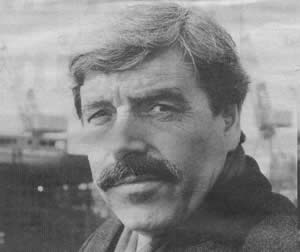 A great Scotsman is dead. The death of Jimmy Reid, trade unionist, journalist and broadcaster, former rector of Glasgow University, one of the great Scottish orators of the 20th century, was announced this morning. He was 78. Jimmy had charisma, intellect, panache, a gift for communication. He lit up any room, and not just because of his fondness for big cigars. He spoke for Scotland in so many ways. He spoke, too, of Scotland – of the Scots as a race. He represented our finer qualities – our idealism, our commitment to social justice, our concern for the poor. He was the most admirable and
loveable man.

As a tribute to Jimmy Reid, I publish here an extract from a long interview I did with him in 2003.

Has your recent experience of illness made you think about death?
I’ve always been conscious of mortality, including my own, but when you’re young you defer the idea, you are less mortal. I recognise that I’ve lived the greatest chunk of my life. Another couple of decades would suit me fine! But I recognise the imminence of death. One time recently when people thought I was dying and I was kind of conscious of it myself, I must confess I didn’t have any fear. I might have been frightened if there had been in my mind a heaven and hell.

So what is there?
I think there is death – the big sleep. Raymond Chandler wrote a book about it, didn’t he? I think – as we now know – we go on living through the genes we pass on, and that in itself is a great immortality.

But you yourself are consigned to oblivion?
Eh, yes. But when I’m dying, however conscious I am that I’m dying, I want to know that my life has advanced the cause of decency and social justice just a wee bit, and that will make me feel comfortable.

Are you not troubled in any way by the prospect of nothingness?
I was a Shavian at the age of 12. When I read ‘Black Girl in Search of God’, it created in my mind the thought that it was somewhat absurd to perceive that there once was no matter but that there was a supreme being and somehow this supreme being created matter. What was he doing, for Christ’s sake, if there was no matter? Just hanging about doing nothing? Then I got – have you ever read Ingersoll? He was a great rationalist. Though he was a bit too vehement about the God he didn’t believe in.

You’re not so vehement?
No. When I was young – 12 to 15 years old – I’d go to meetings and listen to all the debates. And I found that some people – some atheists – seemed to hate the God they didn’t believe in. I didn’t understand that. And then I used to go to meetings at Govan Cross. George MacLeod was there running the Iona Community. Now MacLeod was a Christian socialist with a social programme based on the New Testament – a book which proclaims human rights and human decency – which to all intents and purposes agrees with what I consider to be a correct attitude to life. And here in the New Testament is this guy arguing that you can only judge human beings by how they treat other human beings. Now, I believed in that before I read the New Testament. But it was lovely to read it there too. So I was kind of insured against the nihilism of many hard-nut atheists. I’m a kind of genial atheist who doesn’t really believe there’s a God but can well understand people who do believe. Can I make this point? I’ve got a rather anthropological view of religion – God had to be invented. Religion played an important part. It was almost the first attempt of human beings to try and rationalise something, to try and understand the forces of nature.

Where does the figure of Christ come into this? Did we need to invent him as well?
I’ve always assumed there was a historic Christ. He was a propagandist for a rebel Jewish sect that preached a lot of things. What really led to his demise was this concept that we’re all sons of the one father – that one person is not superior to another. What did that do to the Roman Empire? He was a rebel.

If he was only a rebel and a propagandist, why is he still remembered?
Because his propaganda contained some fundamental truths applied for all times.

Social truths or religious truths?
Well, a believer would say divine truth. I would say honest truth. I am perturbed at the capacity of believers for transmuting minimal differences of interpretation of some so-called text, differences that generate the terrible plague of religious wars. Particular religions become even more mind-bogglingly incomprehensible to me. I don’t mind arguing about it – though I won’t argue too much because I’ve got more important things to do.

So let’s move on to more important things. Tell me about your parents.
My mother’s father, Hamish McLean, came from Mull. Came down to Glasgow to work at the docks. He was an old Presbyterian, as you would expect, but he married a Highland Catholic. The first child went to a State school, which in Glasgow was called a Protestant school. But she was dying. And when she was on her deathbed she said to old Hamish, ‘Will you do one last thing for me? Will you bring up the rest of my children in the Catholic faith?’ And so he did just that. Kind of wonderful considering the time they lived. So my parents were Catholics, although I was never conscious of any great religious pressure and I don’t ever remember saying my prayers in anticipation that anybody was listening.
Anyway, they lived in the Gorbals and came through the worst of the depression. At that time Gorbals was riddled with slums and disease and Glasgow had the highest infant mortality rate in the western world. They had seven of a family, my parents, but three of them died within 18 months. My mother told me that one of the kids died over Hogmanay. My father had the dying kid in his arms, praying to God, while all around people were singing Auld Lang Syne.

I still don’t have a picture of your dad.
My father – given no chance in life – was an intelligent man.

Did he read?
Not particularly. The only book I saw in the house was a well-thumbed Burns. I’ve still got it.

Was he political?
He was Labour. And I mean he was John Wheatley Labour. He was ILP in his attitude. My mother was the same. I’ve got to say this to you, Kenneth. In my early childhood, given the conditions, you imbibed a socialist creed with your mother’s milk. I knew – I knew – there was something rotten in this society. I knew my sisters had been murdered – that whatever it said in the death certificate, they should have put down ‘Social conditions’ as the cause. Or, in my opinion, capitalism.

How did this instinctive hostility to capitalism take root as you got older?
I was six or seven when the war started. During that war there was a tremendous process of politicisation going on. Discussions everywhere. And what were the discussions about? Not just about beating Hitler. We weren’t going back to the thirties. We were going to change the world. And everybody was talking and arguing and debating and I was right in there, listening to it all. Then I really started reading when I was 11 or 12.

What did you read?
I started off reading Robert Louis Stevenson. I never read a kids’ book in my life. Unless it was comics like the Hotspur and the Wizard.

What was it about Stevenson?
His adventure stories were great. I’ve read some of his poetry since and liked that too. I also read an essay of his about Burns which is one of the best things I’ve ever read about Burns. But there was no direction in my reading. I would read fiction, I would read serious books, I would go down to Elderpark Library and read Marx – Karl, not Groucho. From the first wage I got, my mother gave me 10 bob pocket money. ‘Ye cannae get that every week, just because you’re working,’ my mother said. I borrowed another sixpence from my elder sister Isa and walked into Glasgow and bought Tom Johnson’s ‘History of the Working Class’. I was a bit precocious at 14 years old, I admit that, but I don’t want to sound here as if I’m a bookworm. I had a kind of feeling that lassies were different from us and I liked the difference. Don’t get any wrong ideas.

What were your parents’ ambitions for you?
Very limited indeed. I was sent to work – started in a stockbroker’s office in Renfield Street. I left school at 14. I had been streamed for Latin, Greek, French. That’s what happened if you passed your 11-plus well. I’m not sure if the 11-plus was a measure of a youngster’s intelligence but I got 99% and so did a number of others from the poor part of Govan. But though we were streamed for the Oxbridge thing, none of us ever contemplated that we would go on to university. We were leaving school at 14 because we had to help out at home.

How did you get on at the stockbroker’s? Could you have ended up in a pinstripe?
I worked for a firm called Kilpatrick & Robertson. Old Robertson was chairman of the Glasgow Stock Exchange. I need to watch how I put this – he took a fancy to me, but I don’t mean sexually. I ended up the youngest transfer clerk at the age of 15.
By this time I was chancellor of the exchequer in George MacLeod’s youth parliament, and buying the Daily Herald and the Daily Worker every day. And then old Robertson sent me to a class run by a guy called MacAulay. And MacAulay said: ‘The Stock Exchange will last as long as the present socio-economic system.’ And I said: ‘We deserve more jobs security than that.’ I went back to Robertson and said: ‘Look, I’m leaving. I don’t like this institution.’ He tried to persuade me to stay on. Said that if all went well, they would consider a partnership when I was older. I really didn’t want that. I might have become a left-wing stockbroker. So I think I made the right decision. At the age of 16 I went into engineering and joined the Communist Party.

Do you still believe in that ideal?
I believe in socialism. I believe it will become abundantly clear that globalisation driven by multi-national corporations will be a disaster. I think there will be a resurrection of the idea of socialism, but the Soviet model was a distortion of socialism. It ruled half the world’s population – absolute rule – and no excuses can be made for it. The whole thing stank. Do I regret it? I don’t regret anything.

If you would like to contribute a memory or impression of Jimmy Reid for publication in SR, please email islay@scottishreview.net

This article is reproduced with the kind permisison of Kenneth Roy.