This is the country and this the government that told us to avoid uncertainty at all costs. When we sought self-government their tactic was to warn of Armageddon and say any change amounted to uncertainty, for how can you be sure of the consequences.

Look at us now.

Is the Prime Minister in power? He’s in Downing Street but then so is the cat. The currency has bombed, stocks crashed, banks prepare to move staff out, future access to trading markets faces restriction, the credit rating wobbles yet the man whose job it is to stand guard is AWOL for three days. The insurgent Brexiteers look as stunned as the rest of us. Neither they nor the government they want to replace have a plan. Not even an A4 with bullet points. Nor a Note page on an iphone. Not a fucking scooby. Rebels without a clue, the lot of them, so used to being taken seriously by an unchallenging media that they believe their own publicity. Boris is brilliant. Michael is a genius. Until they’re not. Until they are exposed as blustering blowhards disconnected from the populace, pandered to by camera crews and fawning, uncritical hacks who are themselves all actors in the Westminster Playhouse.

Some of us tried to put the point that there was little certain about a corrupt and splintered Union except its inevitable decline. But what you know always counts for more than airy expectation. The default position of the UK as a country being run by an elite and for an elite meant the relentless rise of London continued at the expense of the vast swathe of Britain. A representative system that suits the two big and sometimes interchangeable parties distorts the basic democratic framework. Labour’s endless search for meaning – and now organisational integrity – still proves fruitless. The media is overwhelmingly right wing and xenophobic, routinely misleading people with messages that incite hatred.

And in the middle of it all is Cameron, as smooth and plausible as Blair and as morally vacuous, a chancer whose demeanour and ‘communications skills’ carry him through. But not this time. The endless trimming and compromising with an intolerant English hard right first corroded the UK’s relationship with moderate conservatives in Brussels, taking his MEPs out of the EPP grouping, then pushed him into anti immigration policies he couldn’t fulfil and finally to offering a referendum he might have won had he the wit to prepare for it and time it properly. His paint-peeling idiocy has made his country a laughing stock, a hapless bystander and a by-word for racism across the continent, never mind the loss of jobs, income and security to follow. Cameron is now historically a failure, a straw man desperately recounting his successes ahead of an ignominious departure. When we think of what might have been with a Yes vote – whatever problems were thrown at us – the contrast with today’s inglorious collapse is painful. 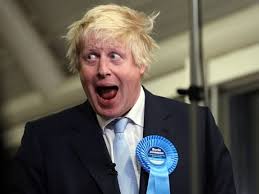 And yet there springs the hope. Britain has truly changed. What the Americans like to think of as eccentric but essentially sensible Britain was turned to rubble last Friday morning. The Britain whose post-imperial connections and calm authority impressed the Germans and French was flushed down the diplomatic toilet. Instead of the soaring strings of Elgar the world hears Dueling Banjos. The UK that has been an integral part of Europe all, or most of our adult lives, has evaporated. While the politicians ploughed it for votes and created an intolerant atmosphere they missed the fact that voters were using Europe and immigration as a trigger a wider unrest. Where once the protest votes would go to Labour against a Tory government, now they went to UKIP to better vent their fury. Labour’s disconnect from its core, not nationalism, led to its demise in Scotland. What is to stop it happening in England? On a related point, Corbyn’s campaign was shockingly bad and may well have made the difference in losing our EU membership. If it’s true he deliberately didn’t support his own party’s efforts fully, he deserves to fall in the on-going coup.

So the country we thought we knew and to which No voters owed their allegiance is now a closed volume put back on the library shelf of history. It is for them an existential question. Do you still want to be part of the new UK rejecting EU membership and all the civilising influence that brings to be run remotely by a government of ultras and kippers, Britain’s answer to the French FN and Austria’s Freedom Party?

It isn’t just about the practicalities which themselves are worrying enough. Your country is an identity. It has to fit you and feel comfortable. Identity politics was derided, along with much else in the indyref, but that’s just denial. Your sense of self and place are as important as the air you breathe. I suspect many are discovering that post-Brexit and realise they now don’t belong where they thought they did. And, for the umpteenth time, identity is only exclusive if you make it so. Being proudly Danish or Norwegian doesn’t mean you shun Swedes and Germans.

For those who can no longer come to terms with what they believed was their country, alternatives beckon. In Scotland there is one ready-made, on the stocks and operating successfully which even offers on-going friendly relations with the hijacked British state.

I see some are already making the move over, some stating they were hard-line Unionist. It’s impressive stuff but, try as I might, I can’t imagine what would entice me to move the other way. If it were me who had to drop my commitment to independence, could I? What could make that happen? I suppose, and no offence here, if SNP policy was for an Islamic state with sharia law, or just any religious state run by mullahs, bishops or moderators, I’d renege. Or if Jackie Baillie had to be First Minister…

What I’m getting at is that this is a huge ask for anyone. If you’re wrestling with it, good luck. Do what you honestly think is best. If you do turn Yes, there’s no requirement other than your goodwill and your vote. You don’t have to join the SNP (I don’t) although I see 2000 did over the weekend. It will take some getting used to but it’s a well-trod path nowadays. There are many thousands before you and more to come after. And you’ll find other returning Scots tramping beside you. 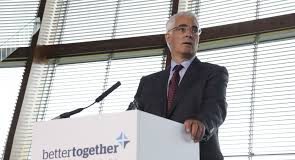 A question of morals for the ‘golden oldies’ of Project Fear