SNP MSP Michael Russell has described as “scaremongering self-publicity” a claim by a Lib Dem MP that it would take ten years for the landslide problems on the A83 at the Rest and be Thankful to be resolved.

The Scottish Government Minister was responding to claims by the Argyll and Bute MP Alan Reid after Mr Reid had attended a Transport Scotland-hosted meeting held to discuss problems with the stretch of road.

“Those attending were told that it could take ten years to implement a proper solution to the problem of landslides closing the A83 at the Rest and be Thankful.” said Mr Reid who said he was “shocked” to learn of the Scottish government’s timescale.

Speaking to a local newspaper, the Dunnon Observer, the Lib Dem MP added: “This is a ridiculous length of time to take.  People and businesses in Argyll and Bute can’t wait that long.  The SNP Government must stop the dithering and act quickly to stop landslides blocking the main road into Argyll.  This study must lead to quick action, not become a 10-year talking shop.”

However Mr Russell, the Argyll and Bute MSP, hit back at the claims and said the ten year timeframe was untrue : “I have made it clear – as did Alex Neil when he visited three weeks ago – that the two priorities are to get the diversion route in place this year and to get an urgent decision on the preferred long term solution from the task group , based on the Jacobs study.

“I will then be pressing for implementation of that solution as quickly as possible.

“Every bit of support for that focussed approach will be welcome so that present weather related disruptions cease.  I think ten years would be a totally unacceptable timeframe and so would every other local person.”

Mr Reid’s claims that he was told by Transport Scotland that it would take ten years to resolve the problem were false, according to his SNP opponent who added:

“But in fact Transport Scotland have categorically stated ‘At no point was Mr Reid told it would take 10 years to find a solution’. So Mr Reid is once again indulging in scaremongering self-publicity .

“He would perform a more useful role if he worked with the community to persuade the Westminster Government to allocate some special capital funds for the task, as the cuts from his Liberal colleagues make funding all capital projects in Scotland much more difficult.”

The Rest and be Thankful has been hit by a series of landslips in recent months that have led to significant delays for motorists who are faced with very lengthy diversions.

At the meeting it was explained that options being considered included building a two-lane road along the route of a forest track on the opposite side of Glen Croe from the current road, and building a ‘ski jump’ structure above the existing road to divert landslides over the road and into the glen below. 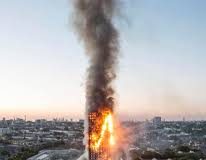 Tales of two cities: Can Scotland’s anti-Tory majority be mobilised?

SNP back Centreforum report calling for cancellation of “nonsensical” Trident