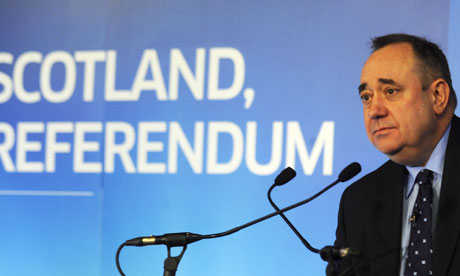 Former First Minister Alex Salmond treated an Edinburgh audience to extracts of his referendum diary – and Newsnet TV was there to share the experience.

Salmond, whose book The Dream Shall Never Die is expected to score prominently in the British bestseller lists next week, offered some insight into his family, his political roots and his Twitter doppelganger, ‘Angry Salmond’.

Personal memoirs quoted in a presentation by Salmond include his feelings on referendum night, his subsequent resignation as SNP party leader and First Minister, and his experiences during the campaign itself.

It is an entertaining account, laced with humour, introduced by Newsnet’s Derek Bateman and before an audience of 250 people.

The third and final part of our Salmond video trilogy, including a Q&A session with the audience, is coming soon on Newsnet.scot

(PS we still don’t know the identity of @AngrySalmond)

Scotland has a jauntier step