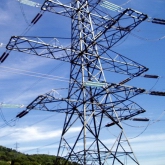 Senior oil and gas executives and leading figures from the renewable energy industry will gather in Aberdeen next month for a summit to drive forward collaboration between the two sectors.

First Minister Alex Salmond will announce today that Sir Ian Wood, founder and chair of the Wood Group and Ian Marchant, chief executive of Scottish and Southern Energy, the UK’s largest renewables generator, will co-chair the summit on Friday December 17 – to be attended by representatives of leading companies from both sectors.

The First Minister will confirm details of the summit today at RenewableUK 2010, the wind and marine energy industry body’s annual conference and exhibition in Glasgow.

The First Minister is also expected to reiterate his call for the UK Government to remove the restrictions on the Scottish Government gaining immediate access to the £191m of Scotland’s Fossil Fuel Levy funds generated north of the border to invest in renewables.

“With an estimated quarter of Europe’s potential wind and tidal energy capacity and a tenth of its wave resource, Scotland is well-placed to become a net exporter of clean, green power. However, decades of expertise in offshore energy engineering in oil and gas has given us further competitive advantages in terms of human resources for renewables.

“There are clear opportunities for joint-working and learning between the oil and gas and renewables sectors. That is why we will be holding a Ministerial Summit on 17th December in Aberdeen – a city which is testament to the transformational impact of building an exciting new energy industry. Leading figures from the oil and gas sector will join their counterparts from the emerging renewable energy industry, in a summit co-chaired by Sir Ian Wood and Ian Marchant, to drive forward this vital collaboration between the two sectors.”

An estimated 38 per cent of the cost of an offshore wind project is spent on marine installation and associated sub-structure activity – where considerable strengths lie in the oil and gas supply chain. The oil and gas industry currently employs around 120.000 people in Scotland and a considerable number of firms already operate in both this and the renewables sector, including the Wood Group, BiFab, Technip and Bibby Offshore.

Commenting on the planned summit, Sir Ian Wood said: There will be great value in getting together the key Offshore Wind operators and the most relevant Oil and Gas Service Companies to clearly identify the opportunities and the areas where Oil and Gas technology and service capability can make a significant contribution to the Offshore Wind developments. That is the objective of this Summit which will focus on five or six of the key challenges facing Offshore Wind development and discuss in some detail how Oil and Gas technology, expertise and know-how can help contribute to the solutions. I look forward very much to contributing to the debate.”

“Harnessing Scotland’s offshore wind resource is a once in a generation opportunity. We can take a lead in Europe, we can build on the skills base and know-how that we already have in marine engineering and we can deliver jobs and low carbon economic investment for the long term betterment of everyone. That is the prize and by working together across sectors we can make it happen.”

“Scotland’s rich history and unrivalled experience in oil and gas operations and maintenance gives us a real strong competitive advantage in the emerging offshore wind industry. It is now about capitalising on that wealth of knowledge and expertise to create a well connected, efficient and effective supply chain that can service our next generation of energy production. In doing so we not only capture the economic benefit for Scotland but we further develop our position as the best location in the world for offshore wind development.”

Rediscovering Oil – A From Rags to Riches Story