Those who know their New Testament will be aware that the reason Jesus was born in Bethlehem was because the Romans were conducting a census and Joseph and Mary were required to return to their home town to be counted.

Thankfully, this year we won’t have to risk the vagaries of First Scotrail, Stagecoach, Citylink or the country’s motorway system to take part in the census.  Instead census packs will be delivered to every household and on March 27  respondents will be able to complete the forms in the comfort of their own homes.

The Romans’ simple count has been transformed into a multi-page form which enquires about everything from health and well-being to national identity. And this year for the first time householders will be asked to say whether or not they can understand, speak, read or write Scots. The information gathered in the census will produce the first ever detailed picture of the Scots-speaking community – where they live, their age profile and their economic status. The figures collected will replace the estimate of the number of Scots speakers produced in the 1980s by the General Register Office for Scotland (GROS). At that time research carried out by GROS and a team of academics indicated that around 1.5 million people in Scotland regularly used the language. But because the figure was only an estimate it was always open to dispute and many opponents of linguistic diversity in Scotland sought to rubbish the numbers by calling into question the methods used to produce the figure.

A proposal by Irene McGugan, a Nationalist MSP and supporter of the Scots language, to include a question on Scots in the 2001 census was rejected by MSPs with only the SNP, Green and SSP members voting in favour.  Attitudes have undergone a radical change in the past ten years and in 2010 the proposed census which by that stage included a question on Scots was passed unanimously by the Scottish Parliament. The lobbying carried out in particular by the Scots Language Centre was starting to bear fruit and the knee jerk anti-Scots position which many politicians had adopted in the past had changed.  It wasn’t necessarily the case that MSPs were lining up to give the Scots language question their hearty support, but the outright hostility of previous times is now gone forever.

After the census had been approved the GROS and Scots Language Centre embarked on a series of meetings to discuss issues connected with the question. For example, where should it appear in the form; what should be done to raise awareness of the question and how could the thorny question of dialect be addressed. The Scots Language Centre is aware in the work that it does that many people are uncertain what the expression ‘Scots language’ means. The traditional way of responding to this problem has been to talk about the history of the language, to chart its geographical spread and to give examples of Scots words.

Our view is that this often hinders rather than helps the process of understanding.  Instead we have always believed that the best way to explain the term ‘Scots language’ is by letting people hear the language being used. We were able to test this position when the present Scottish Government commissioned a public attitudes survey on Scots in 2009. We contacted the researchers and offered to provide a file of audio recordings of people speaking Scots. The researchers could then play the recordings to participants in the survey if those being questioned were unsure what they were being asked about. The researchers reported a hugely positive response to the recordings.  What had often been described in complex academic language was transformed into something instantly recognisable and familiar.

On a larger scale, we knew that something similar would be needed for the census – the same problems would arise and people would be uncertain if the question was about them and their community or something unfamiliar and foreign. We immediately began constructing plans to build an online resource which would help people work out how to answer the Scots language questions.

Visitors to www.ayecan.com can find out more about the Scots language by listening to people from round the country speaking in their various accents and dialects. The symphony of voices which the web site contains is composed of people – men and women, young and old – speaking in the country’s major Scots dialects. And what a lovely sound it is too – voices normally absent from our radio and TV channels gathered together in a friendly and affirming public space.

The website addresses the interests of dialect communities – at the Scots Language Centre we encourage and celebrate dialect diversity – and contains a series of FAQs which will help visitors understand better their individual and communal relationship to Scots. The site has been a great success. Already the audio clips have been listened to nearly 200,000 times and that’s before the census forms have even been delivered to people’s homes. And surprisingly the press coverage has been sensible and well considered.  Perhaps we are witnessing a sea change in attitudes to Scots. A language and culture which has been treated with contempt for so long is at last taking its place as one of our great cultural treasures.

Something else wonderful happened when we started to build the website. People and institutions from around the country offered their assistance. The list of credits ranges from dialect campaigners Shetland ForWirds through the Burns Birthplace Museum to the BBC and RSPB.  The folk – the individual speakers themselves – are the real stars of the site. When we were carrying out our recordings we heard some sad stories of linguistic prejudice and cultural alienation. But that wasn’t the only story. People expressed pride in their ways of speaking.  They talked of the fondness for the language of their communities and their determination to pass on these speech forms to their children. It was a heartening and uplifting experience.

None of what was achieved came about easily and it’s important to remember the contributions made by campaigners over the last 20 years. Dr Dauvit Horsbroch, Dr Caroline Macafee, Dr Steve Murdoch and Liz Niven were amongst the most effective campaigners for Scots at the time. Cllr John Law, the founder of the Scots Language Centre and a long-time campaigner for Scots in the census, sadly died only two weeks before the census order was approved by Parliament. Dr Bill Wilson MSP has also been relentless in his pursuit of the Scots interest and we must be grateful to him for his campaigns in Parliament.

This is a time of great cultural shift. The pace of change is increasingly rapid. Our next job – once the figures have been collected – is to work out how to support communities where Scots speakers live and work.  Communities must be part of the decision-making process and we should aim to ensure that Scots language speakers from round the country are fully engaged in the process. 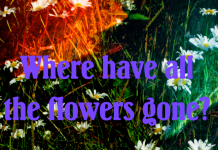 Scotland’s language myths: 1. Scots is a dialect of English