These are exciting times being a nationalist; an election looms and we have increased our popularity according to recent polls.  Apparently the SNP lead both the Holyrood constituency and regional votes – this is quite a remarkable result given the media environment in Scotland.

Scots face systematic misinformation about Independence and the SNP – apart from Newsnet Scotland few media outlets or journalists challenge the unionist hegemony.  Given this situation it seems difficult for the SNP to be able to make the ‘big push’ towards independence.  What can we do?  What options do we have?

It is difficult to ascertain exactly how many Scots favour independence, without a referendum we are left to rely on polls – asking various questions – frequently skewed with bias.  Often, support for independence is crudely equated to be support for the SNP (and vice versa), this makes assumptions about people’s intentions and reasons for voting thus making it a questionable  measure.

The paranoid delusional within me says the establishment fear an independence referendum as they would lose it, they say that’s nonsense – they claim it’s too expensive or ‘not the right time’.  Us Nats are unaccustomed to such unionist political generosity – what nice guys – refusing to shoot the nationalist fox because it will cost a couple of million, allegedly.

If we were to average out all the polls, questionnaires, straw polls, hands-in-the-air, election results and observations from the pub then support for independence is somewhere between 25 and 40% of all Scots.  This is an impressive constituency for changing our constitution but it is not enough, our ceiling of 40% is short of a majority and it is hard to see how we can increase our support given the entrenched and hostile position of our media.

The Holyrood election in a few weeks is now on a knife edge, the political momentum is shifting back to the SNP.  There seems to be a growing acceptance amongst many Scots that the SNP have not done a bad job and that Labour are quite simply unfit for purpose.

Recent media events (outwith the Scottish media village) like the publishing of Sir Gus O’Donnell’s report on the Megrahi affair have crystallised people’s comprehension of how low Labour have sunk.  Given this shifting tide it is unlikely that the SNP will change its campaign focus away from independence pre-election.

If the SNP are returned to power we can assume it will be to a minority government; we will witness the same sort of shenanigans as 2007-2011 from both the opposition parties and media.  We will not greatly advance our independence argument in this hostile environment.

In my opinion, to expedite independence we need to change our focus after May from pushing for full immediate independence to Full Fiscal Autonomy (FFA).  FFA might be seen as compromising our ultimate vision, indeed ‘gradualism’ is a dirty word amongst some nationalists but it is an approach that has served us well in the past and has delivered our major achievements.

Full Fiscal Autonomy is a halfway house – when we attain FFA we will have a few short and easy steps to make towards becoming a sovereign nation.  This is not good enough for some – they argue that other countries would not tolerate such limited control over their destiny.  This is true but such an analysis does not help us.

Most countries gain independence after a major trauma like war or a protracted and ugly dispute with their oppressors.  We are still a relatively wealthy country and the public largely see a democratic system: the depth of this veneer seemingly matters little to most people.  Putting aside debates about oppression and subjugation we cannot honestly say that Scotland has been as democratically inhibited as other countries.

The British state is far more refined in its methods – the most notable aspect of this situation is that the majority of Scots support it.  It is no bad thing to accept when your adversary is successful – perhaps we can learn from it – the British establishment are masterful in keeping the masses at heel, especially us northerners.

Foremost, the SNP must acknowledge, as things stand, that the conditions for ‘big push’ independence are not present.  Conditions may change as the realities of the British recession bite but we should step back and consider another way.

The SNP is a political party that has benefited from a gradual approach throughout its history.  From the party’s inception its major steps and progress have been gradual; gradualism has served us well (albeit slowly) and is practised by the SNP Scottish Government today.

If you look at the history of the party there is a clear pattern.  Although now 77 years old, the SNP has been a political force for a far shorter time.  44 years ago Winnie Ewing created history, in ‘79 we seemed so close to something special but were denied by trickery.  11 years ago devolution (a product of SNP pressure) marked the first substantial change in Scotland’s governance in 300 years.  2007 saw the monumental achievement of the first SNP Government.  These are all, essentially, gradual steps.

Sometimes SNP supporters are frustrated by their own government – ‘why don’t they take the gloves off ’… ’they should publish all the Megrahi correspondence’ … ’they should tell Cosla to get stuffed’ – this frustration is understood until you view the actions of the SNP through the prism of gradualism.

The last 4 years have largely been about steadying the ship, building trust and consensus.  The latest polls seem to suggest this approach is working.  This step-by-step method is a feature of our party history, it delivers us results that put in place the conditions for bigger steps and these steps are becoming more frequent.  We need patience and focus –  FFA is the next stepping stone for our foot.

After May, win or lose, the economy will be a major focus for the SNP.  The conditions for the positive promotion of FFA will increase regardless of the result, there are many benefits of FFA, all of which are easy to understand:

FFA is economic sovereignty.  It is widely accepted that control of the economy and all her levers allows government to shape the policies that matter the most to most people.  In Scotland we have unique economic conditions and opportunities.  Our economy craves the flexibility that FFA affords to craft our own policies, policies designed for us, not a city state hundreds of miles away.

FFA already enjoys broad support amongst the Scottish public and civic society.  The Scottish Social Attitudes Survey 2010 shows that 57% of Scots want full tax powers and 63% full control over social security.  More impressively there is a growing coalescence in the business community of the benefits of FFA.

The scenario of full and immediate independence would create a system overload in many people’s heads.  There are many emotive issues surrounding it – starting with the language used to describe it ‘breaking up Britain’, separation’ etc.  It must be accepted that we have many social ties with the rest of Britain and although a lot of nationalists like myself believe that independence would strengthen many of these ties we must take heed of people’s perceptions and how the media would misreport these developments.

There are practical reasons for favouring initial FFA.  Many of the Unionists’ strongest cards centre around the promotion of fear and misunderstanding, for example, uncertainty over defence arrangements is a favoured tactic.  If we took defence out of the debate they would have a weaker hand – they would have less to manipulate.

FFA puts the focus on us, as Scots, to make our economy work.  The economy is the most serious issue out there and our own management of it could have a galvanising effect across Scottish politics and society.

It shouldn’t be a reason but it is – FFA is English friendly.  We are told, ad nauseam, by some English commentators that we are the recipients of their altruism.  This lie is bought into by many here in Scotland (not just in England).  I for one do not want any subsidy – flowing to me or from me.  We need equitable and fair relationships with our neighbours.  England is our most important neighbour and should not feel encumbered by us nor us by them.

FFA is a move in the right direction and it would give us the primary function of a sovereign country – economic control.  Do not confuse FFA with diversions like Calman – that is a trip down a dead-end.  FFA is a stop-off whose success will give us the ammunition to overcome the emotive arguments against full independence that the Unionists favour.

There are many more good reasons for FFA and its promotion in earnest.  The Scottish media (largely) is quite simply in a bad place – objectivity has been replaced by blatant bias – they are now, essentially, a PR arm of the Union in general and the Labour Party in particular.  FFA is supported by the majority of Scots and so is therefore a policy ready to go – we just need to reinforce its benefits to the individual and the country.  The gradualist approach serves us well by building trust and confidence.  Independence is the goal but it may be a long game.

We need a smarter game-plan and FFA is it. 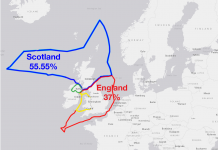 FFS, what’s going on in the land of ‘full fiscal autonomy’ ?

Scotland Bill not enough say experts as 78% say they want...