Among the findings of 30 years of research by leading economists, biologists, historians and demographers are that throughout the Union, Scots have become shorter and the English taller.  The study called “The Changing Body”, to be published next month by Cambridge University Press, confirms that there is a clear link between height and economic success.  Allowing for comparisons of height between Scotland and England then gives a strong indication of where the benefits of Union go.

Two centuries ago, Scots were 2.3cm taller than those living in southern England.  Today, by contrast, the Scottish male averages 1.73m which is shorter than those living in south-east England at 1.75m. Sir Roderick Floud said: “The average height of countries across Europe, or regions within a country, shows how well they are doing.  If you rank countries by height, it’s close to ranking them by gross domestic product.”

The findings emphatically undermine the credibility of the so-called “Union dividend” as espoused by Labour party politicians such as Iain Gray, Jim Murphy and Wendy Alexander.  Indeed the weight of scientific evidence supports the argument that if there is a Union dividend then it goes South, not North.

Professor Bernard Harris, one of the book’s authors, said: “Improvements in diet and sanitation in the South-east have outstripped improvements in Scotland, reflecting the broad pattern of economic and social change over the last 200 years.” There is also financial and social advantage in being taller showing that success breeds success: “There is some evidence that employers and voters prefer taller to shorter people. One way of thinking of it is that we like to look up to our leaders.”

This new evidence throws up questions about the desirability of Union.  If Union has the general impact of stunting Scots’ physical and economic growth then why should they stick to a formula that has seen them transform comparatively from success to failure over the last two centuries?  Would Scots not then walk taller on the world stage were Scotland to be an independent country?

The success of Norway is a case in point.  Our neighbouring Norwegians were once among the shortest nations in Europe but are now the second tallest in the European league of nations after the Dutch.  Norway’s success story continues unabated as they reap the benefits of North Sea oil.  In the latest UK budget we’ve seen how Scots’ natural resources are being exploited by the UK treasury and although Scotland runs an economic surplus, Scotland’s parliament faces cuts to its block grant to pay for the UK’s spiralling government debt.

Another key indicator of economic success is population levels.  Before Union the Scottish population stood at around one-sixth of England’s while now that figure is around one-eleventh.  This latest study then puts another piece in the constitutional jig-saw puzzle in terms of ascertaining whether or not – within the Union – there is long-term and systemic economic discrimination against Scotland.

Was contract cancelled because Valneva is a French company with a base in Scotland? 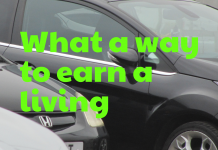 What a way to earn a living

Was contract cancelled because Valneva is a French company with a...

Union – the parasite in Scotland’s body