The Scotsman newspaper has today used the aftermath of the Lockerbie tragedy, and the survival of Abdel Baset Al-Megrahi, to attack Scotland’s First Minister Alex Salmond.

The newspaper, whose circulation has dropped markedly since the SNP emerged as the party of choice in Scotland, has today claimed that First Minister Alex Salmond has “used the second anniversary” of the compassionate release of Al-Megrahi to defend the decision taken by Justice Secretary Kenny MacAskill.

The newspaper claims that Mr Salmond “prompted scorn and derision from families of the victims” after the Libyan, whose conviction is believed by most impartial observers to have been unsound – refused to die on schedule.

The Scotsman, describing Mr Salmond as “defiant” over the release, is one of several Scottish news outlets who focus on Mr Megrahi’s survival in order to publish reports critical of Scotland’s First Minister and the Scottish government.

BBC online also falsely reports that Megrahi was “given three months to live” and that his compassionate release was criticised by “Families of the 270 people killed in the bombing.”

Yesterday BBC Radio Scotland ran regular news reports on the health of Mr Megrahi.  The reports included interviews with American relatives of victims of Pan Am 103 who believed that Mr Megrahi was guilty and who disagreed with his release.  The news reports did not include interviews with American relatives of victims who believed it was correct to release the Libyan.

Scottish Labour leader Iain Gray claimed that Alex Salmond should apologise for the fact that Mr Megrahi was still alive.  Mr Gray insisted that the Scottish government should ignore the law and publish the medical records of the visibly frail Mr Megrahi, who Gray claims has acted as a “cheerleader” for Colonel Gadaffi.

Mr Gray said: “It is a sign of Alex Salmond’s arrogance that he refuses to apologise to the relatives of the Lockerbie victims.

“Two years on it is clear he got it terribly wrong.  He claims the decision was made on compassionate grounds, but it is time he showed some compassion for the families of the victims. However his stubbornness and vanity stops him.

“It is a further insult to the victims that he refuses still to publish all the medical evidence the release was based on. If the decision was made for humanitarian reasons, he should do the humane thing and apologise for the pain caused to the relatives.

“The sight of Megrahi last month acting as a cheerleader for a dictator indicted for war crimes turned the stomach. That made even some of those who initially supported Alex Salmond realise he got it wrong. Now he must recognise that fact.”

[Comment – Today we see the beginning of what we all knew would happen.  The main stream ‘Scottish’ media’s one sided look at the release of the man convicted of the Lockerbie bombing.  The politicisation of this release began days before the actual event took place when details were leaked to BBC Scotland’s Glenn Campbell.  The corporation continues to report the issue with all the grace and accuracy of a partisan tabloid newspaper.

For those not aware of the questions that hang over the safety of Megrahi’s conviction we have reproduced the documentary that looks into aspects of some of the evidence presented at his trial.]

Lockerbie: The Pan Am bomber
http://www.youtube.com/watch?v=0oVVmt1W-6U{/youtube} 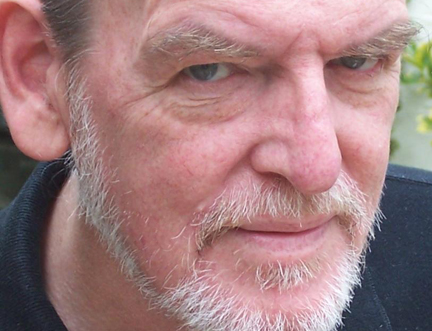 The mourning after the riots before and the rise of Scottish...