LAST Thursday’s political tsunami saw off three of Scotland’s party leaders. Messers Gray, Goldie and Scott are all quitting in the wake of the SNP’s historic victory – wrongly on Annabel’s part, in my humble opinion.

However, few folk seem to have noticed that all three finance spokesmen for the big Unionist parties were also kicked out by the voters on election night.  So it’s goodbye to Labour’s Andy Kerr, Tory Derek Brownlee, and the Lib Dems’s Jeremy Purvis.

This public rejection of the economic and financial frontbench team of the main London parties says a lot about their collective failure to understand either the Scottish economy, or the success of John Swinney in piloting the SNP’s budgets through Holyrood.

Andy Kerr, in particular, tried to paint a picture of economic gloom in Scotland. At Scottish Labour’s spring conference this year he attacked the SNP for “standing idle in the face of a global financial crisis, yet content to squabble over referendums and embassies and homecoming jamborees”.

In fact, the number of people employed in Scotland has jumped by 25,000 in the past year thanks to John Swinney’s determined efforts to maintain spending on infrastructure projects in the face of the near 40 per cent cut in capital investment introduced when Alistair Darling was Chancellor.

(Incidentally, Labour made an election pledge to create 125,000 new jobs over the lifetime of the incoming five-year Holyrood Parliament. That’s 25,000 jobs per annum – which just happens to be what John Swinney is already delivering.)

Andy Kerr was not that good with numbers. In one of his election leaflets, he stated that knife crime was costing the Scottish NHS £3 billion per annum. If true – which it isn’t – that would equal a quarter of NHS spending and 10 per cent of the entire Holyrood budget. When challenged by the East Kilbride Mail over this nonsense figure, Kerr’s office dismissed it as “a typo”.

Kerr’s lack of economic understanding stems from his political education in Labour’s nomenklatura. He was a senior bureaucrat in Glasgow City Council before being elected to Holyrood in 1999.

The Tory Derek Brownlee at least has a head for figures.  He was a chartered accountant before moving (fortuitously) to the Scottish Parliament in 2005, when the sitting Conservative list MSP, David Mundell, was elected to Westminster. Brownlee had been second on the Tory list for the South of Scotland in 2003.

This year Brownlee failed to win the constituency seat in East Lothian, which was narrowly held by Iain Gray. Earlier, the Tory faithful had rejected him as their candidate in Dumfries, suggesting he lacked internal support.

As finance spokesman, Brownlee was pragmatic and cooperative with the SNP administration, placing emphasis on more aid for small businesses and town regeneration. He is also a supporter of devolving corporation tax to Holyrood, now a key SNP demand:

“The [Westminster] coalition has adopted from the Conservative manifesto a proposal to review the case for flexibility on corporation tax for Northern Ireland. There is nothing that requires all parts of the union to have the same powers or fiscal arrangements, but it seems to me that if such flexibility can be provided for Northern Ireland, it could, at least technically, be provided for Scotland.”

However, Brownlee joined the other Unionist parties in opposing the SNP’s retail levy (otherwise known as the “Tesco Tax”) on the grounds it would harm business. But the tax was designed as a levy on what are essentially supermarket monopolies, with the money slated to help small firms.

Nice Jeremy Purvis, the Lib Dem finance spokesman, was the least effective of the three.  His political demise will hardly be noticed.  After time serving as a staffer to David Steele, he set up his own “communications” company in Edinburgh before being elected to Holyrood in 2003, at the age of 29.

Purvis authored the largely unread Lib Dem manifesto for the Holyrood election. Its main plank was to sell off the debt of Scottish Water and use the alleged £1.5 billion profit to boost public spending. Unfortunately, any such cash would have been grabbed back by the Treasury. Pressed on this, Purvis had to admit he’d not received the green light from his own party colleagues in the Coalition at Westminster.

However, the truth is that a one-off windfall of £1.5 billion goes nowhere when the Treasury has already cut the Holyrood budget by £1.3 billion this year (equalling £6.5 billion over five years). And when the Lib Dem Secretary to the Treasury, Danny Alexander, making cuts of £3 billion per annum in the future. For Purvis to hang the Lib Dem strategy on this wheeze looks like economic illiteracy.

Meanwhile, in the aftermath of the SNP victory, comes news that the Scottish economy is reviving. The Bank of Scotland’s purchasing managers index (PMI) – a poll of company buying intentions – has risen since March and at a faster rate than the rest of the UK. In seven out of nine English regions, growth has slowed but new business orders in Scotland are up for the fourth month in a row.

Donald MacRae, chief economist at Bank of Scotland, said: “The latest PMI shows that the recovery is back on track…It is particularly pleasing to see broad-based growth across both the services and manufacturing sectors.”

Which means Messers Kerr, Brownlee and Purvis should be able to find a new job without too much trouble. 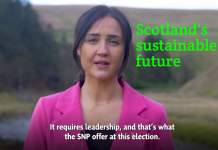