Glasgow University has had to perform a U-turn after a dispute with the Scottish PR industry over the conditions it placed on the tendering process for a contract to manage an international fundraising campaign. The conditions stipulated that the firms competing for the contract should have a turnover of more than £10 million. As no Scottish PR firms fall within this category the tendering process effectively discriminated against firms headquartered in Scotland.

The University’s move caused much consternation among the Scottish PR community. One industry cheif said: “As a Scottish-owned business within a worldwide network, this project would be perfect for us.  Because of the £10m threshold this company, like pretty much every other Scottish PR company, is cut out of going for this despite the fact that we are on the ground and have the expertise to deliver at a cost-effective rate.”

Jack Irvine of Media House spoke out over the peculiar £10m requirement characterising it as “insane”.

A spokesman for the university has now announced that it would open the contract out to firms of all sizes. This development emerged after Douglas McLachlan, a procurement expert at the legal firm Biggart Baillie, warned the university could be in breach of European law by stipulating such a condition. Mr Mclachlan took the view that Scottish commications firms would be able to challenge the university’s tendering process in court.

News of the U-turn emerged when a University spokesman said: “The University of Glasgow has removed the turnover threshold on our procurement criteria for a public relations and marketing firm to support our work in designing a global fundraising campaign after listening to the concerns from a number of sources within the PR and marketing sector.

“However, we will retain the exacting criteria to ensure that we find the best possible candidates for this project. The revised procurement documents will be reissued in due course.”

It has not been made clear why such an unusual stipulation was attached to the tendering procedure.

Given recent alarming statements from Principal Anton Muscatelli about how the university could be insolvent next year it is not surprising that donations from alumni and philanthropists are increasing in importance as a source of income for universities feeling the pinch from London austerity cuts. The PR campaign is an attempt at driving forward this revenue stream. 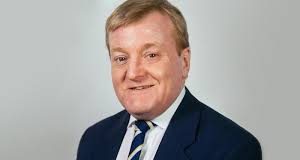