The UK might have voted to leave the European Union but it is still possible to look to Europe for opportunity and excitement. London may consider itself the financial capital of the world, but Scots seeking quality of life and experience should look further afield, including to our European neighbours.

Two months from the Brexit vote which has caused consternation across Europe, the prospects for the British economy do not seem to be getting any better. The construction and service sectors have not experienced comparable troubles since the recession of 2009. A key measure of manufacturing strength, the Purchasing Manager’s Index (PMI), recently struck its lowest point since 2013. The pound has fallen sharply against the dollar. 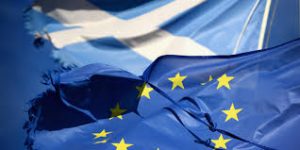 The Olympics may have brought some immediate good news and exhilarating viewing to televisions across the country. However, it remains hard to escape the continuous stream of woeful stories about the impact of Brexit on Britain.

In Scotland, the fact the referendum was sparked by an internal Conservative Party power struggle has been particularly galling, given the resoundingly pro-European vote north of the border. With the Conservative Party still representing but a small proportion of Scots, the remainder are likely to feel frustration at the road Westminster insists on taking.

Frustration, however, is rarely a positive quality to embrace. Far better for Scots of all ages to once again express the energy that enlivened the country during the 2014independence referendum campaign, albeit on a personal level. This energy can allow the nation to reach out to neighbouring countries in a constructive manner.

It would not be the first time Scots have sought to work hand in hand with Europe: The country has a long history of doing so. The Declaration of Arbroath, effectively an early declaration of independence, was a plea for recognition in Europe. Voltaire, the French philosopher (1694-1778), is often quoted as saying ‘nous tournons vers l’Écosse pour trouver toutes nos idées sur la civilisation,’ or, ‘we look to Scotland for our ideas of civilisation.’ Scotland has been a fully engaged country in the European family of nations. It should remain so, and there are many reasons for Scots to seek to be part of that engagement on an individual level. Europe offers culture, experience and ideas, and promises innovative new thinking useful to any Scot able to make the opportunity to engage with it.

The young, independent and mobile are in many ways the best placed to make the most of this opportunity. Right now, as a country starting to speak to its neighbours directly for the first time in 300 years, we can only hope such little contacts – person to person – continue to add to the feeling of goodwill felt by Europe toward Scotland. Mony’s a meikle maks a muckle is a common Scots phrase, and it is entirely appropriate with regard to the way small economic contacts between Scotland and outside countries can pave the way for larger economic opportunities.

The starting gun for Britain leaving the European Union (EU) will be the activation of Article 50, the treaty clause which addresses the (almost unheard of) instance of a country seeking to leave the EU. From that moment, there will be a two-year negotiating period where the British and European governments would establish the framework of their future relationships. For that time period, Scots can still travel to Europe, in the same way as now.

With British economic power being sorely tested however, many are likely to worry about prospects beyond the date of ‘Brexit proper’ for travelling to, and working in Europe. Whilst Brexit seems unlikely to make anyone happier with the exception of UKIP and the right-wing of the Conservative Party, Scots hoping to access European opportunities should not consider Brexit to be an insurmountable wall.

The Scottish Government is working hard to maintain links to Europe, even as the UK Government’s ‘Department for Exiting the EU’ busies itself seeking to cut the threads linking British regulations to European policies. However, even in a near ‘worst-case scenario’ it is likely that leaving the EU will make things not impossible but simply much more difficult.

Two non-European countries which might offer a reasonable indication of a post-Brexit Briton’s access to Europe are Australia and Chile. As politically stable, developed economies outwith the EU they serve as useful comparative examples for Britons’ ability to access the Europe in future, for work or leisure. That is of course, unless there is a further constitutional adjustment within these islands and Scotland becomes responsible for its own international relations meantime.

Chilean citizens travel visa-free to the Schengen zone (a free-travel zone which includes most of Europe, except the UK). Australian citizens holding an ordinary passport do not need a visa for stays up to 90 days for all Schengen states for tourist or business purposes. For many work activities, a job offer and visa can be required.

Given the tremors running through the British economy currently, it seems likely that Theresa May would not wish to restrict Europeans (or anybody else) from entering for holidays. Equally, it seems logical European leaders would continue to welcome British holidaymakers spending euros within the Eurozone. Despite this, there are still profound reasons that Scots should seek to do more than just holiday in Europe; but actively work there.

Currently, average income before taxes in Britain is nearly €30,000. The figure is higher in Austria, Ireland, the Netherlands, France, Germany and all the Scandinavian countries. With the exception of Norway, Denmark and a number of capital cities in Europe, the cost of living is frequently lower. With more disposable income, and a riot of cultural capital for a Scottish expat to absorb, it is an unquestionably attractive option.

The consequences of leaving the EU – at a personal level- for Scots will be a significant ‘pain in the erse’ to use a common expression. Whilst the political tribulations created by the London-Brussels rift are likely to make finding work opportunities in Europe considerably more difficult it is up to individual Scots to find a way, not just for themselves but for their country too. 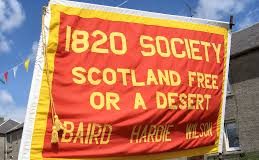 Scotland free or a wilderness? Brexit’s not so implicit threat to...