Humans have always been fascinated by the future, after all we’re going to spend the rest of our lives there. The ‘science’ of prediction is probably as ancient as humanity itself. Forewarned is forearmed, as the saying goes, and this need for security leads many of us to pore over horoscopes and astrological star-charts or the patterns left by tea-leaves, in the hope that they will give us some clue about the paths our lives may take.  Others study religious texts, whether the Bible or ancient Mayan writings, usually with the aim of ‘proving’ that the End of the World really is Nigh this time.  Yet others look to the cryptic utterances of Nostradamus or his Scottish counterpart the Brahan Seer, who was credited with predicting the building of the Caledonian canal.

There is another type of prediction, one which doesn’t depend upon tea-leaves or the dubious reading of religious passages or obscure references in Nostradamus. Called futurology, it is an attempt to look at current trends in economics, politics and science and predict where they will lead. Unfortunately however, the track record of futurologists is scarcely any more successful than the predictions of astrologers or tea-leaf readers.

What is amusing to the casual bystander is just how often serious predictions are spectacularly wrong.  Take Field Marshal Ferdinand Foch for example. Professor of Military Strategy at the French equivalent of Sandhurst Military Academy in the early part of the 20th century, you’d imagine he’d have known a thing or three about how to gain a strategic military advantage.   However when he heard the news that the Wright brothers had successfully developed flying machines, the Field Marshal firmly declared, “Airplanes are interesting toys, but have no military value.”  A few short years later, WW1 broke out.  Unlike the French, the Germans had invested in military aircraft, and this was one factor which allowed them to gain the advantage in the early years of the war.

Other technical experts are hardly any more successful.  In an edition of the magazine Popular Science published in 1949, the writer gushed how computers in the future would weigh ‘only’ one and a half tons.  Perhaps this is unfair, as in 1949 no one knew that the invention of transistors and silicon chips would totally transform the possibilities offered by computers.  The opinion of Popular Science magazine was widely shared at the time.  John von Neumann, the father of the modern electronic computer and one of the great mathematicians of the 20th century, made two predictions just after WW2: first, that in the future computers would become so monstrous and costly that only large governments would be able to afford them, and second, that computers would be able to predict the weather accurately.  Sixty years later portable computing devices that fit into a bag or the palm of the hand are commonplace, but we’re still incapable of predicting what the weather is going to be next week.

Others who made predictions don’t have the excuse that unexpected inventions can change everything.  Charles H. Duell, Commissioner of the US Office of Patents, spent his life registering new inventions.  In 1899 he commented, “Everything that can be invented has been invented.”  Perhaps he was just looking forward to taking early retirement.

Other faulty predictions rest on snobbery or an inability to look beyond existing social attitudes.  Take Sir William Preece for example, Chief Engineer of the Royal Mail in the late 19th century.  Reporting to Parliament on the invention of the telephone, he claimed, “The Americans have need of the telephone, but we do not.  We have plenty of messenger boys.”

Perhaps the most spectacularly wrong prediction of all comes from the American social scientist David Riesman.  In 1967 he was asked about the social changes which were starting to be felt in that tumultuous decade, and stated firmly, “If anything remains more or less unchanged, it will be the role of women.”

1950s’ science fiction B-movies were full of scenes of the husband arriving home from the office on his personal jet-pack, to be met by a kiss from the little woman who had been at home all day reconstituting food pills in the atomic oven with the help of her robot butler.  The profound social changes which the Western world experienced in the second half of the 20th century, and which continue in progress today, went unpredicted by just about everyone.  Even Margaret Thatcher, who can certainly not be accused of lacking in political ambition, once declared that there would never be a female PM in her lifetime.

In the 1950s few would have predicted that in sixty years’ time Scotland would have its own parliament and that the SNP would form the government.  The prestige of Westminster as the Mother of Parliaments was at its all time high.  Although support for Home Rule was considerable, this did not translate into electoral success for the SNP, which remained a marginal party in Westminster elections.  Scotland was almost universally perceived as a poor relation clinging onto the coat-tails of England for support.  The perceived wisdom was that Scotland would be a part of the UK forever.  The sun would never set on the Union.

But here we are 60 years later and the Scottish people have begun to work out the confidence trick that the Union has pulled on them.   The cracks in the creaking edifice of the British state grow wider every day.

It all goes to show that you can’t predict the future until it’s already happened.  But one thing is for sure, the longer you sit waiting for the future to happen, the shorter your future is going to be.

So perhaps the American computer scientist Alan Kay had the best idea when he said, “The best way to predict the future is to invent it for yourself.”  And that, I think, is the very best advice of all for those of us who predict an independent Scotland. 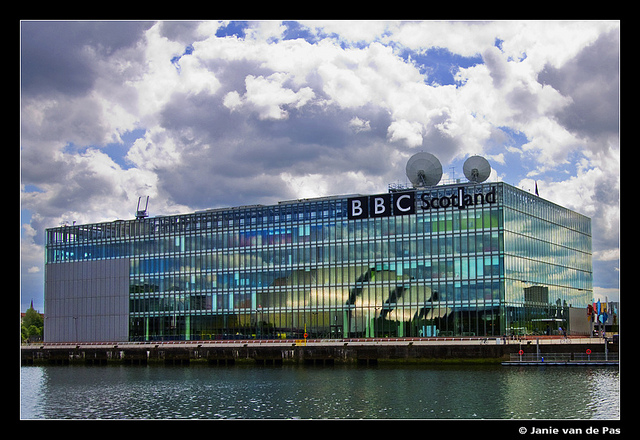